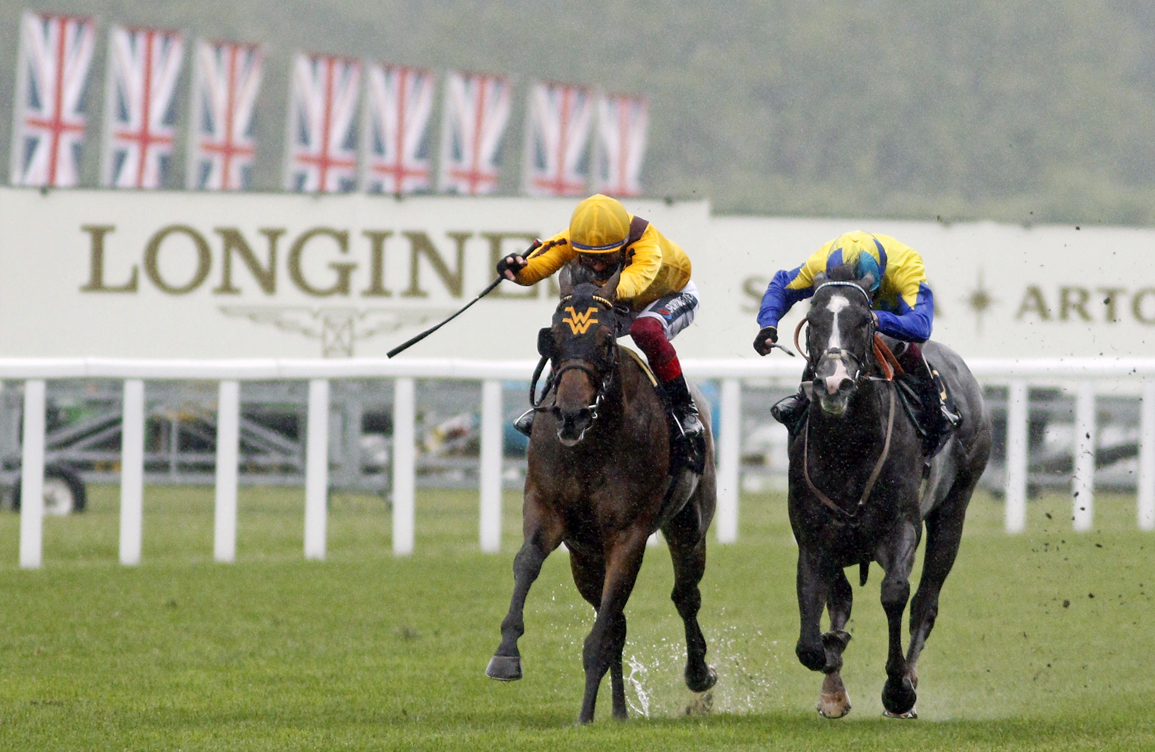 Campanelle and Dragon Symbol fight out the finish of the Commonwealth Cup | racingfotos.com

Dragon Symbol and Campanelle (Ire) (Kodiac {GB}) moved into a joint lead approaching the final furlong of the Commonwealth Cup, at which point Dragon Symbol, ridden by Oisin Murphy, began to drift towards the far side rail, bumping Campanelle, with Frankie Dettori aboard, as he did so. Stewards deemed that at the time of interference, both horses were traveling equally well and they determined that the distance lost by Campanelle as a result of the interference cost her the win. Campanelle had been beaten a head on the line by Dragon Symbol, but was ultimately declared the official winner. No appeal has been brought against the four-day ban for careless riding copped by Murphy.

Watson's case will be heard before an independent disciplinary panel of the BHA on July 1.