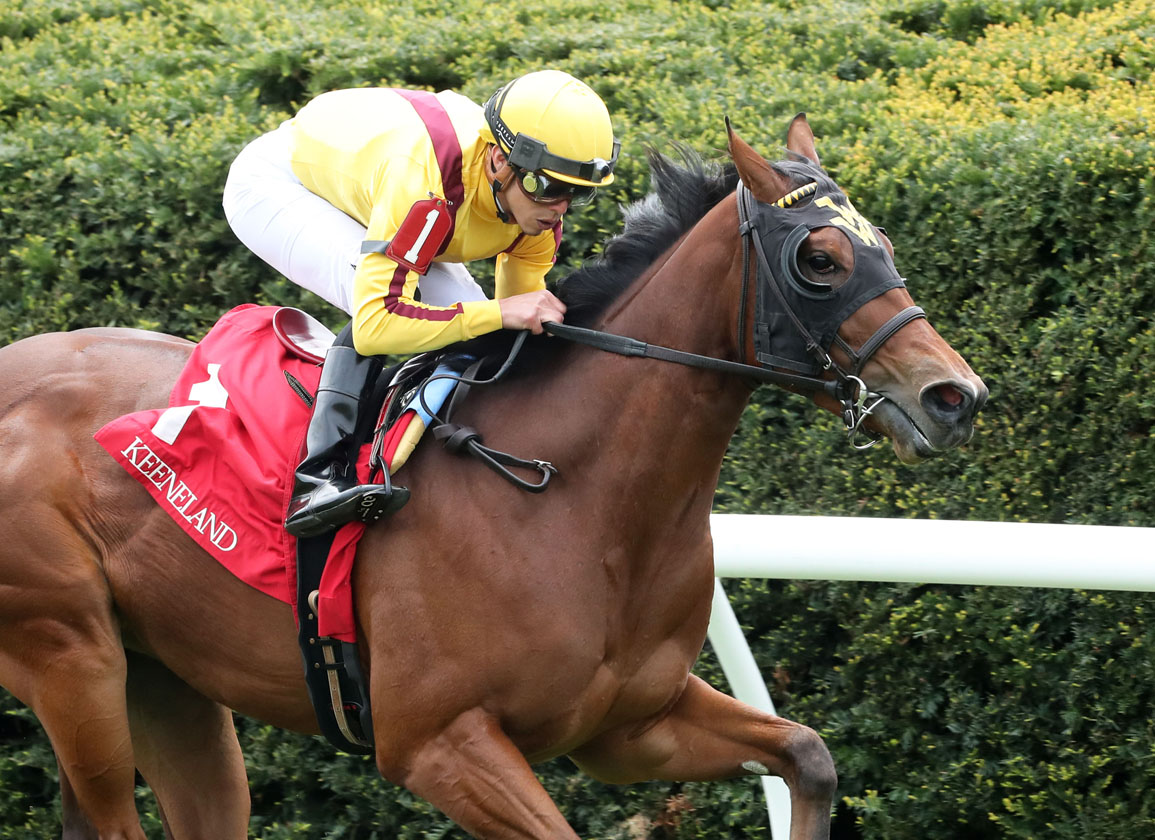 Stonestreet Stables' Love Reigns (Ire) (U S Navy Flag) breezed a half-mile in :48.66 seconds Friday over the Oklahoma training turf in preparation for the 5 1/2-furlong Bolton Landing S. Aug. 21 at Saratoga. Trained by Wesley Ward graduated by 9 3/4-lengths in her April debut sprinting 5 1/2-furlongs over the Keeneland turf ahead of a close fourth last out in the G2 Queen Mary S. June 15 at Royal Ascot. Love Reigns lost some time after the Queen Mary due to illness but has now breezed four times over the Oklahoma training turf.

“She's doing great,” Ward said. “She's had no hiccups since Ascot and we're looking forward to getting her back. She's been up at Saratoga and had several breezes on the grass, including today, and she's ready to go.”

Stablemate No Kay Never (No Nay Never), also owned by Barbara Banke's Stonestreet Stables, is nominated to both the Bolton Landing and the Aug. 19 Skidmore S., a 5 1/2-furlong turf sprint against the boys. No Kay Never was an impressive maiden winner at Horseshoe Indianapolis May 30, but Ward said he may try to separate the fillies.

“We'll look at both races. She'll breeze Sunday on the grass,” Ward said. “Barbara owns them both. We may go against the boys. We'll have a little further discussion.”

“He got a beautiful trip following us around there and then it kind of parted where he got a ground saving trip and got out. He was the best horse on the day,” Ward said.

Ward indicated Andrew Farm and For the People Racing's No Nay Hudson (No Nay Never) will make his turf debut in the Skidmore. The $190,000 Keeneland September Yearling Sale purchase graduated on debut in April in a 4 1/2-furlong maiden special weight at Keeneland prior to a fourth-place effort in Belmont's Tremont S. in June.