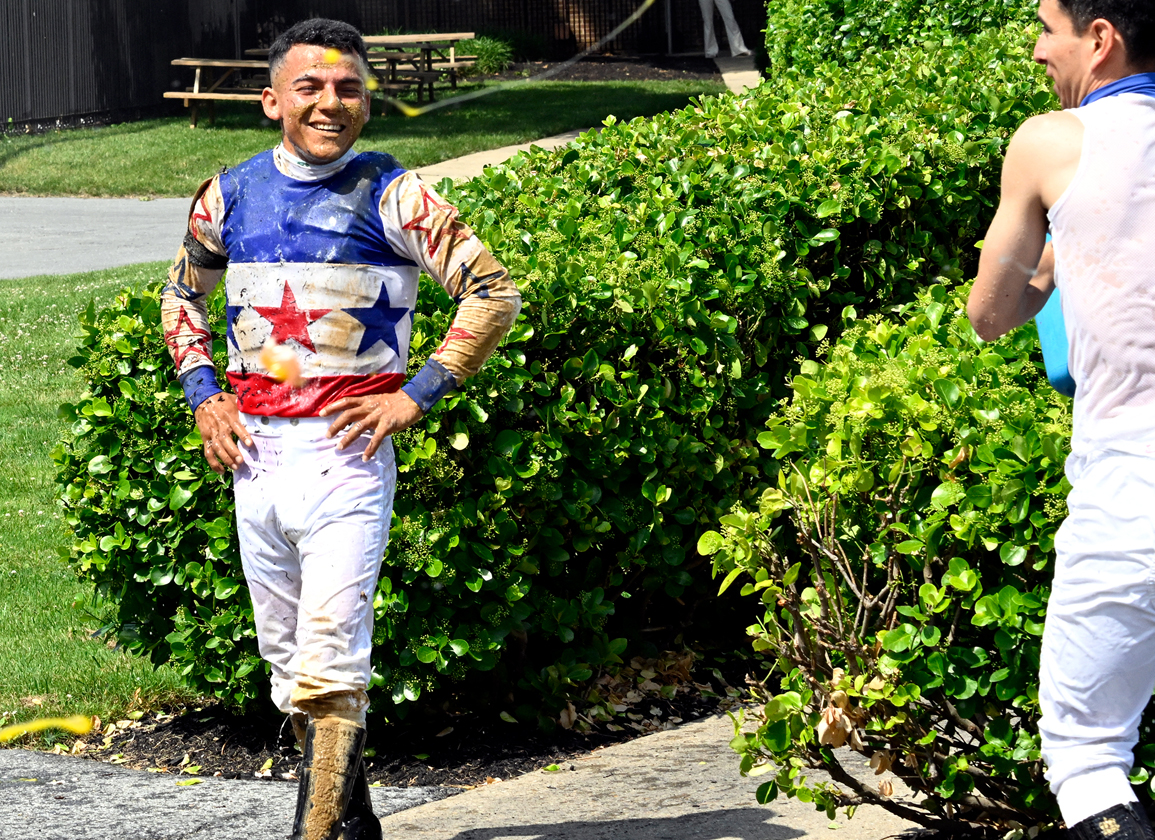 Walter Rodriguez, a 24-year-old native of El Salvador, rode the first winner of his career when he guided Rationalmillennial (Orb)–owned and trained by Jose Corrales–to victory in the sixth race at Laurel Park Sunday.

“I kept looking at the right side to make sure nobody else was coming because I wanted to go around the horse in front of me, and after that I knew I had it,” Rodriguez said. “It's very, very exciting. It's been a lot of hard work and a lot of help from all my friends.”

It was the third lifetime race for the Rodriguez, who rides with a 10-pound weight allowance and had no racing experience when he sought out Corrales more than two years ago.

“He came one day to the track and he said to me, 'I want to be a jockey.' I asked him what he was doing and he told me he was delivering refrigerators,” Corrales said. “Then I asked him if he had ever walked a horse, and he said no. That's where we started.

“In El Salvador, they don't even have a racetrack there,” Corrales added. “I said, 'You have to know how to walk horses. You have to learn everything, how to muck stalls and brush horses and be here early every day,' and he said, 'I'll do whatever it takes.' He worked his way along to where he was jogging horses for me and after that he started galloping horses, and at one time he was galloping all my best horses, my stakes horses. When all his paperwork came through, I took him to get his jockey's license. I told him, 'I'm going to make you famous.'”

Rodriguez made his professional debut June 17 at Laurel, finishing sixth aboard Manklin Creek (Bandbox), co-owned and trained by Corrales.

Corrales won 1,031 races as a jockey between 1981 and 1993 before becoming a trainer, but has continued to mentor prospective riders such as his nephew, Gerardo Corrales, currently tied for ninth in the standings at Churchill Downs, and David Egan. England's champion apprentice of 2017, Egan registered his first North American victory at age 19 on the Corrales-trained Bobby G Mar. 1, 2019 at Laurel. Two years later, Egan captured both the G1 Saudi Cup and G1 Dubai Sheema Classic aboard Mishriff.

“I've been teaching for the last 40 years and that's my passion. That's what I like to do. I love it,” Corrales said. “This kid deserves everything he gets. He learned everything by never giving up. He's a good listener and I'm glad I got him. I think he's going to have great things. He's got a good heart and he takes cares of his grandmother and everything like that. I see a lot of future in this kid.”