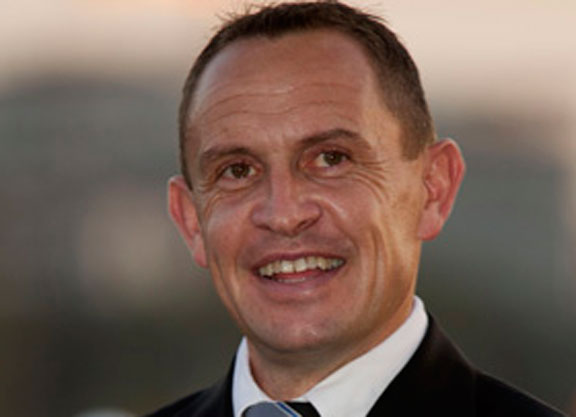 With four runners, Chris Waller fields 40% of the field for tomorrow's G1 The BMW, including recent G1 Australian Cup winner Preferment (NZ) (Zabeel {NZ}), who has been dealt a kind draw from stall four.

Stamina will not be an issue for the former G1 Victoria Derby hero, and the same can be said for Storm The Stars (Sea The Stars {Ire}), who was an admirable 3-year-old for William Haggas in the UK last term, finishing third in the G1 Investec Derby, second in the G1 Irish Derby and third in the G1 Grand Prix de Paris before claiming the G2 Great Voltigeur S. A confirmed stayer, he has failed to fire on his first two starts for Waller but is likely to prove to be another good international signing for Sydney's leading trainer in time. The Summer Wind Farm graduate has remained in the ownership of Sheikh Juma Dalmook Al Maktoum.

Another horse looking to reclaim some dazzling form from last season is the G1 BMW Caulfield Cup winner Mongolian Khan (Aus) (Holy Roman Emperor {Ire}), who was favourite for the G1 Emirates Melbourne Cup before succumbing to a bout of colic. He returned to the track in February following a 133-day lay-off, finishing down the field behind Winx (Aus) (Street Cry {Ire}) in the G1 Chipping Norton S., and recently ran fifth in the G1 Ranvet S. on Mar. 19. He has never been beaten at this distance, however, and will be a force to be reckoned with if anywhere near back to his best.

Less than two lengths behind Mongolian Khan in the Caulfield Cup was the German import Our Ivanhowe (Ger), a 6-year-old entire by that country's increasingly popular sire Soldier Hollow (GB). A dual Group 1 winner over a mile and a half in his homeland, Our Ivanhowe has finished close to the frame in his two most recent starts in Victoria and deserves plenty of respect.

Godolphin trainer John O'Shea will be hoping for back-to-back wins in the race, with Arab Dawn (GB) (Dalakhani {Ire}) aiming to follow the example of fellow British-bred import Hartnell (GB) (Authorized {Ire}) 12 months ago. Bred by Luca and Sara Cumani at Fittocks Stud, Arab Dawn won the Listed Parramatta Cup on his second start on Australian soil and was fourth on his most recent outing in the Canberra Cup over 10 furlongs. Stepping up to the 1 1/2 miles of the BMW shouldn't present a problem, however, as the 5-year-old already has winning form at the trip, having landed the Duke of Edinburgh S. at Royal Ascot last year, one of his four victories for former handler Hughie Morrison.

Recent G1 Rosehill Guineas runner-up Montaigne (NZ) (Road To Rock {Aus}) is the sole 3-year-old in the field and, representing the Anthony Cummings stable–which won this race in 2013 with Fiveandahalfstar (Aus) (Hotel Grand {Aus})–he is drawn well in gate two. His two wins have both come over a mile but he coped well with the extra two furlongs at this course last time out.