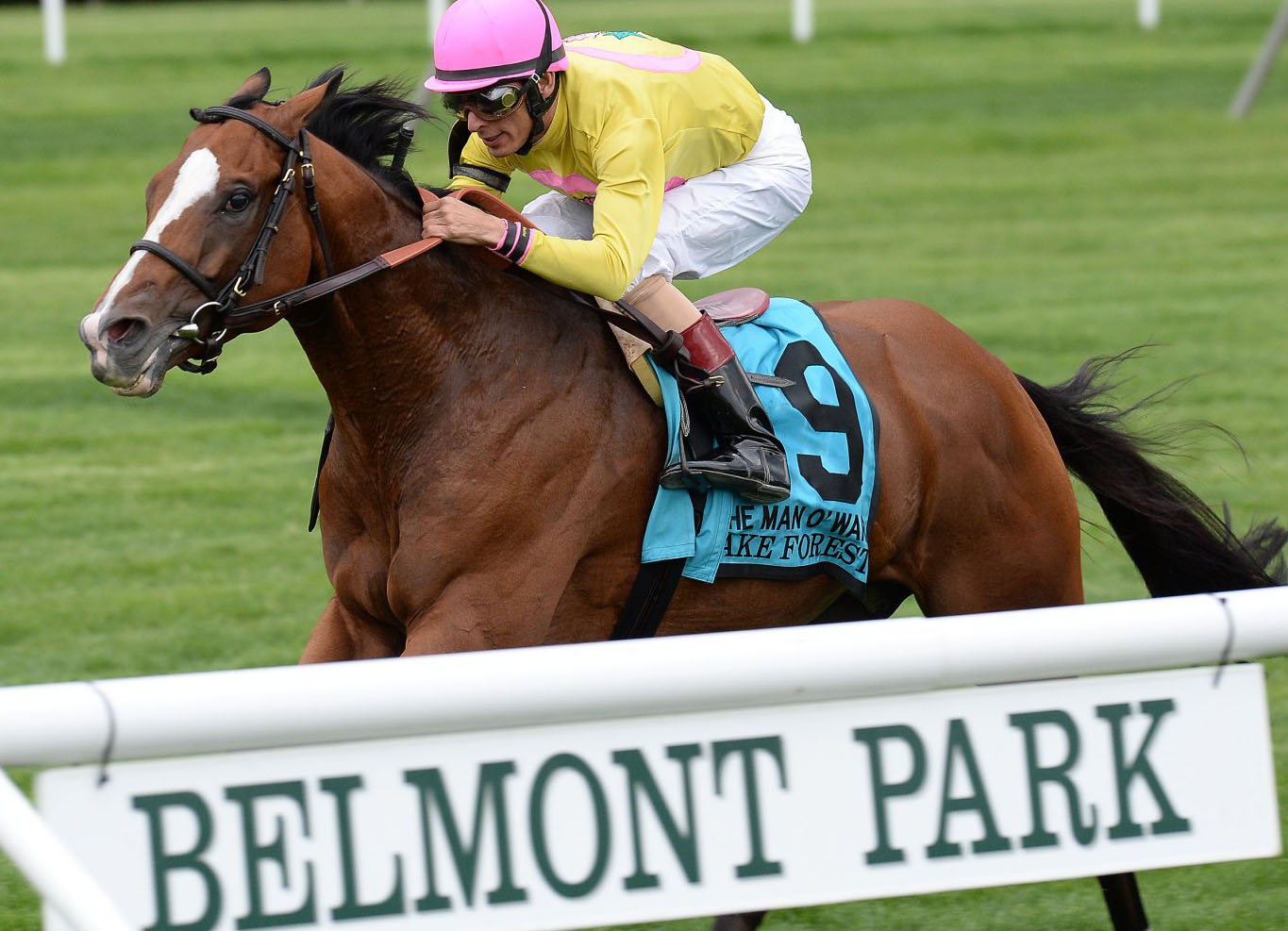 Trainer Chad Brown must have been feeling pretty good in deep stretch as Wake Forest (Ger) (Sir Percy {GB}) led home a one-two finish for the stable in Saturday's Man O' War S. at Belmont Park. It was 3/4 of a length back to Money Multiplier (Lookin At Lucky) in second. “It's nice to run one-two,” said Brown after recording his first victory in the Man O' War. “I'm sorry there had to be one horse lose after running so great, but they both ran terrific.”

Winner of the 2014 G3 Preis der Deutschen Einheit in his native country, Wake Forest finished off his European campaign for trainer Andreas Wohler with a victory in the G3 Hamburg Trophy last July and was sixth behind The Pizza Man (English Channel) for that conditioner and owners Klaus Allofs and Fahrhof Gestuetin with first-time Lasix in the GI Arlington Million six weeks later.

Purchased by bloodstock agent Pete Bradley for €140,000 as the first lot through the ring at last year's Arqana Arc sale on behalf of Michael Dubb, Sheep Pond Partners and Bethlehem Stables LLC, the 6-year-old was transferred to Brown and rallied from last to miss by just a head to the reopposing Kaigun (Northern Afleet) in Gulfstream's GII Pan American S. Apr. 2.

A bit hesitant at the start in this one, the 2-1 choice raced in eighth as Go Around (Medaglia d'Oro) ticked off an opening quarter in :24.24. He continued to save ground near the back of the pack through a half-mile in :49.74 and three-quarters in 1:13.83. Still with plenty to do as they turned for home, the bay unleashed a powerful late turn of foot when let loose in the final furlong to run down his stablemate, who ran a big race after pressing the early leader.

“Getting a race under his belt, running such a hard race coming off a layoff and then having six weeks helped,” Brown commented. “The whole thing came together nicely. Everything worked out for this horse today. He's got a lot of talent, Grade I talent. I think he can cut back further in the [Grade I Woodford Reserve] Manhattan [June 11]. I have to see what group of horses that I would point towards there, but this horse would be at the top of the list.”

He continued, “[Money Multiplier] is a bit one-paced. His only chance was to go out there and be forwardly placed and use his stamina to his advantage. He's got a lot of stamina. Irad [Ortiz Jr.] used good judgment on the backside not letting Go Around get away too far. He gave way grudgingly down the lane. He's a top horse, too.”

The winner's dam, a half-sister to German champion Wurftaube (Ger) (Acatenango {Ger}), has a 2-year-old colt by Sir Percy (GB).