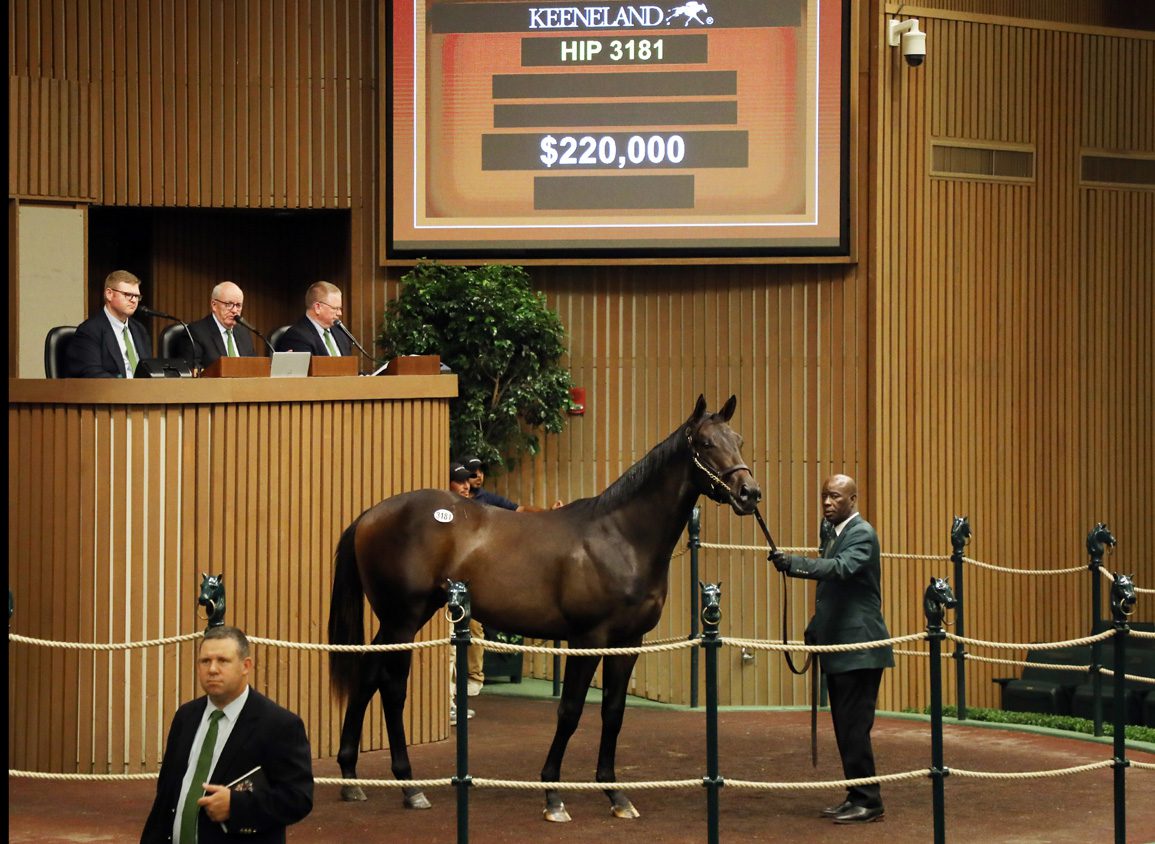 The topper of Wednesday's opening session of Book 5 of the Keeneland September Yearling Sale came in the last few hips as Hip 3181, a son of Violence, summoned $220,000 from James Zahler. The bay was picked up by Bolter Bloodstock for $20,000 and consigned by Peter O'Callaghan's Woods Edge Farm.

A colt by Army Mule brought the second-highest price of $200,000 from Manfred and Penny Conrad, the owners of champion female sprinter Shamrock Rose (First Dude). Hip 3152 was consigned by Denali stud on behalf of Ontario breeder Yvonne Schwabe.

“This colt was a very nice profiled horse and good mover,” said Denali's Conrad Bandoroff. “He came in and showed himself well. He is owned by a dear friend and client in Yvonne Schwabe and we are thrilled for her to get this kind of result. It's always great to have a session topper and even better when you can do it for a really nice person”

“I think the trade today still remains competitive,” Bandoroff said. “If you came in here with realistic expectations and a willingness to set a reasonable reserve and put your horse on the market, there was a lot of turnover. We had a very good clearance rate today. It is great to see the back ring full and people having an appetite to try and buy horses.”

Gainesway was Wednesday's leading seller by gross with 23 yearlings bringing $1.166 million. Grassroots Training & Sales led all buyers, taking home 10 head for $375,000. Meanwhile, Kantharos led all sires for the session with 11 of his offspring summoning $472,500.