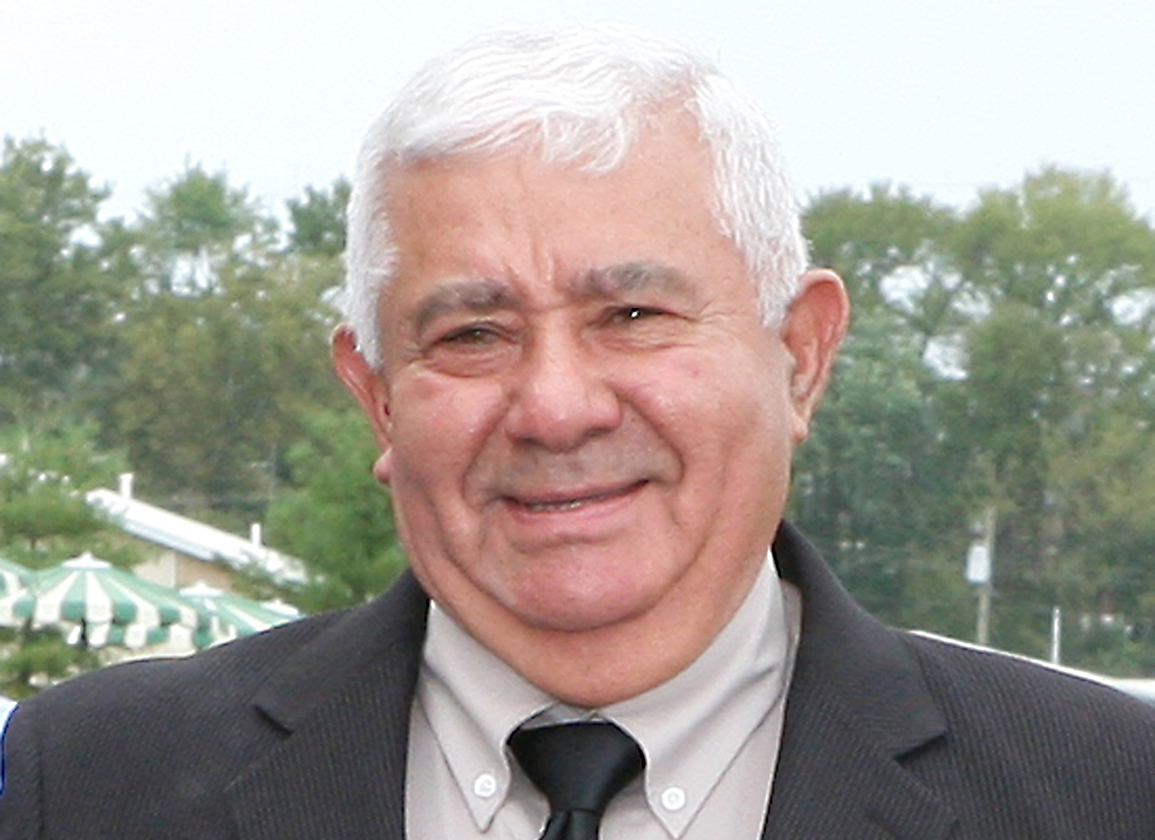 When you have been in the game as long as Alfredo Velazquez, nobody has to tell you quite how long a journey divides slop-splattered defeat at Aqueduct on the first day of the year from Churchill Downs on the first Saturday in May. By the same token, however, the length of perspective opened by six decades on the racetrack gives persuasive substance to the Parx stalwart's excitement over Smarten Up (American Freedom), who graduated from a nine-length maiden romp at his home track to mount a storming finish for second in the Jerome S.

Unlike his son Danny, who got Brooklyn Strong (Wicked Strong) to the race last year after similarly developing his candidacy at Aqueduct during the winter, Velazquez has never sampled the GI Kentucky Derby trail. “But you never know, in this business, when the day might come,” he says. “When I was a groom in New York, I worked for some very good trainers. And they could buy a horse for the Derby but by the time they got to the Derby, they had no horse. So you never expect a small guy like me to find one. I'm at the end of the road now, I'm 77. But I went to a sale and I was lucky, I picked the right horse. And now I feel like I'm 18 years old again!”

The sale in question was OBS April, last year, where Velazquez considered the son of Airdrie rookie American Freedom to have more potential than he could show in the clock-crazed environment of an under-tack show.

“I go to that sale in Ocala every year,” Velazquez explains. “I was looking for a horse that can go long. And when I saw this horse by American Freedom out of a Smarty Jones mare, and then when I saw the way he worked, I said: 'You're coming home with me.' Actually the mother used to be a sprinter, but I knew he was going to go long, both sides. He did :21 4/5 that day, but the farther he goes, the faster he goes.”

Having been pinhooked through the same ring as a $20,000 short yearling by Blue River Bloodstock, the colt was acquired for $50,000 by Happy Tenth Stable, which has supported Velazquez with a horse or two through the past seven or eight years. And though Smarten Up was initially offered time to regroup on a farm, he was very soon clamoring for action and brought to the track ahead of schedule.

Nowadays Velazquez only has a dozen or so animals in his care, the majority operating in claimers, but he has always been able to find a horse's level. With 1,168 winners to date, at a career clip of 16%, “Freddie” was inducted into the Parx Hall of Fame in 2019. His resume is capped by the peripatetic Private Zone (Macho Uno), who won the GI Vosburgh and GI Cigar Mile during his stay in the barn in 2014; but perhaps Velazquez deserves still greater credit for the 10-for-23 career of Traffic Light (Peace Rules), a $13,000 Pennsylvania-bred who banked over $600,000.

It's often more challenging, after all, to get any kind of race out of a fragile, low-bred horse, than to push the buttons on a beautiful yearling with a big pedigree.

“Sometimes we have done well with cheap horses that needed time, which people don't always want to give a horse,” Velazquez reflects. “But with a claiming horse, you've got to find out what they like. Sometimes they have problems and don't want to train too hard. A lot of horses, you just have to play with, try to keep them happy. With better ones, though, you see a race coming up and you can train them up for it. They let you know what they're ready to do, and you don't have to be too smart to see that. But even with Private Zone, when we had him, he was a tough horse to train: you never knew what he was going to do, he might put on the brakes any time. But Smarten Up is different.

“This is a horse you can do whatever you want to do with. His temperament is first-class. Whatever you ask him to do, he'll go out there and do it. You could walk him all the way around the track if you wanted. Yet when we first worked him, we were looking to go :38, :39; and he went :36 and change. I asked the rider what happened and he said he never even moved his hands.”

On debut, over seven furlongs in September, Smarten Up was drawn on the rail in a field of 12 and flew from off the pace for second. Velazquez blames himself for fitting an unsuitable pair of blinkers when the horse finished third next time, but everything fell into place with that runaway maiden win over a mile and a sixteenth in November.

“That day he wasn't even running, he just galloped,” Velazquez says. “So I was very happy to go to the Jerome, he was doing so good. Everybody here told me good luck, you've got a good-looking horse there, hope he runs good. And he did. I wanted to be like three lengths off the pace, because he's got plenty of speed, but he got bumped at the gate and cut on the left front leg. He was unlucky, but as it happened I've been very lucky because he's come back good. He had all that mud in his face, as well; he'd never had that before.”

For much of the race, indeed, Smarten Up appeared to be floundering out the back. But then, switched to the outside by Anthony Salgado into the stretch, he found his stride and came bearing down powerfully on the blue-blooded winner Courvoisier (Tapit). Having reduced the gap to barely a length at the line, he looked as though a few more strides more would have taken him clear. Velazquez is duly eager for a rematch over a ninth furlong back at Aqueduct in the GIII Withers S. Feb. 5.

“Salgado did a good job, he knows the horse, knows what he's got, he had to go five or six wide but then he finished strong,” he says. “And the longer he can go, the better he will be. That's why I can't wait for the next race. One, the pace will be different as he goes farther. And he never gets tired. If you don't pull him up, he'll just keep going. He has so much power, he'll never stop.”

If able to collect some additional starting points in the Withers, then, Velazquez would be entitled to hope that Smarten Up could step up again for the extreme test of the Derby. As he remarked, that whole prospect is a rejuvenation–even if he has had to halve a scheduled Florida vacation, to keep monitoring a colt with the potential to vindicate so many years of toil.

Velazquez left Puerto Rico as a teenage groom, in 1965, having been invited to come and stay with compatriot Eddie Belmonte who was then making his name as a jockey in New York. He worked under a variety of Hall of Fame horsemen, including Woody Stephens, Angel Penna, Sr. and his great mentor P.G. Johnson.

“I worked for good people, for many years, but he was the best for me,” Velazquez recalls. “I worked for him five years. A lot of them trained all horses the same way, but that guy trained each one different. He used to come in real early and check how much they had eaten, how much water they'd had. He knew when a horse was ready. I learned a lot from him, and when I started training [in 1984] I used to call him all the time about what to do.”

Now it's his own phone that keeps ringing, often with bigger players sniffing around Smarten Up. “Every day, seven eight people call,” says Velazquez. “I say: 'Listen, this is the guy who owns the horse, you call him. If he wants to sell, then I'll tell you about the horse. But right now you got to talk to him first.'”

And who can put a price on the chance to ride the Derby trail? The quest has animated Velazquez for 56 years since his buddy Belmonte become the first Puerto Rican to ride in the race.

“For any owner, any trainer, the dream is the Derby,” he says. “We were there with my son, and we had a lot of fun. Now maybe it can be my turn to take him, if everything works out. I can't wait for this horse's next race. I hope he doesn't make me a liar, but I can't wait to run him a mile and eighth. I can close my eyes and see the race. I know he can lay up there, whatever way they're going. You run against him, believe me, he's going to be tough.”