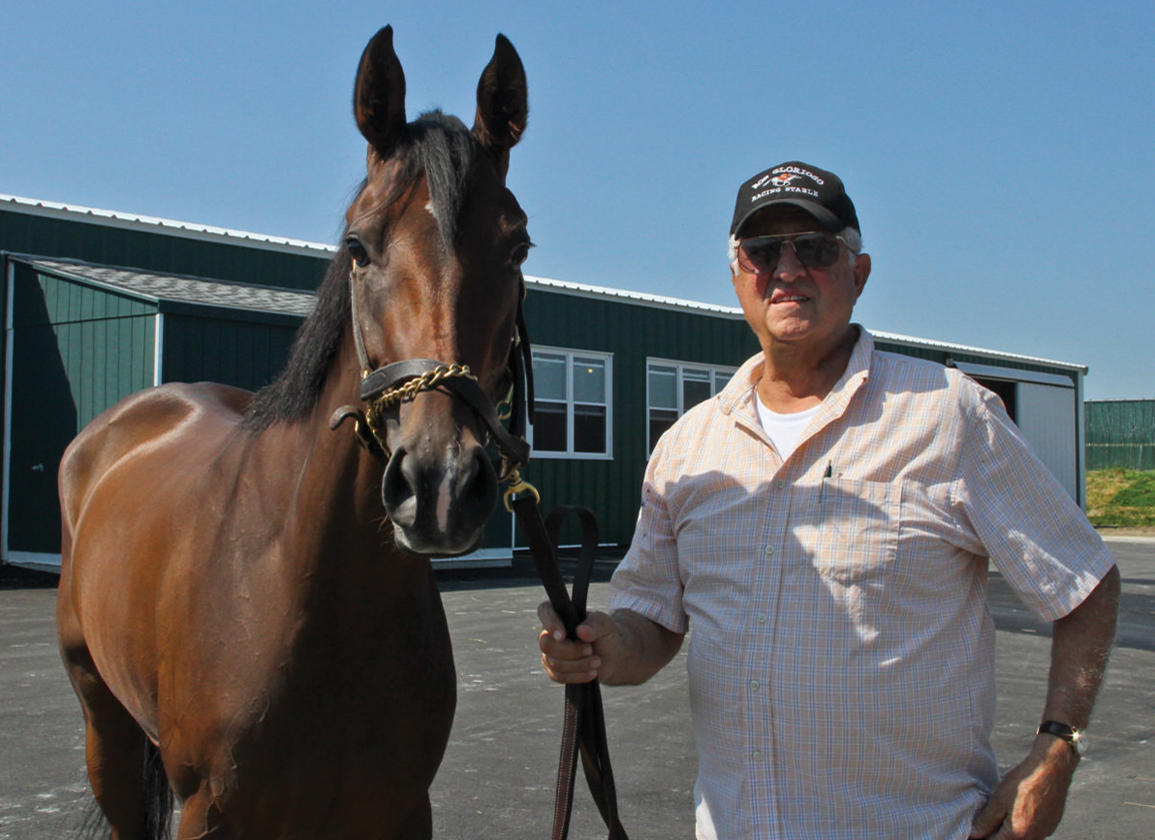 Ron Glorioso and My Sonata | PTHA

Trainer Ron Glorioso, a mainstay at Parx since that track opened in 1974, passed away Oct. 22 at St. Mary Medical Center in Langhorne, Pennsylvania. He was 79.

Before entering training, the Philadelphia native was a Pennsylvania State Trooper assigned to the mounted unit. He stayed with the state police for five years before shifting gears and becoming a trainer. He first became interested in racing when his father took him to the track when he was a freshman in high school.

Glorioso started out in the late sixties at Liberty Bell Park and shared the training duties with his then-wife Patricia. In 1974, Parx, then known as Keystone, opened and Glorioso was the first trainer to arrive on the backstretch.

A member of the Parx Racing Hall of Fame, Glorioso campaigned a modest-sized stable at Parx for much of his career. He was involved in a serious car accident in 2011, which created lingering problems that required several surgeries. With a significantly smaller stable, he continued to train up until 2018 when he was physically unable to do the job. At his peak, he had 27 horses in his barn.

“Ron was an optimist in a game of pessimists,” said Dick Jerardi, who developed a friendship with Glorioso during his years covering racing for the Philadelphia Daily News. “He was always certain he was going to win the next race. He was a memory-maker for his two daughters and a loyal friend to everybody who knew him.”

Equibase records show that since 1984, Glorioso won 685 races. It is believed that he won more than 1,000 during his career.

Glorioso had been on the Board of Directors of the Pennsylvania Thoroughbred Horsemen's Association since 2007.