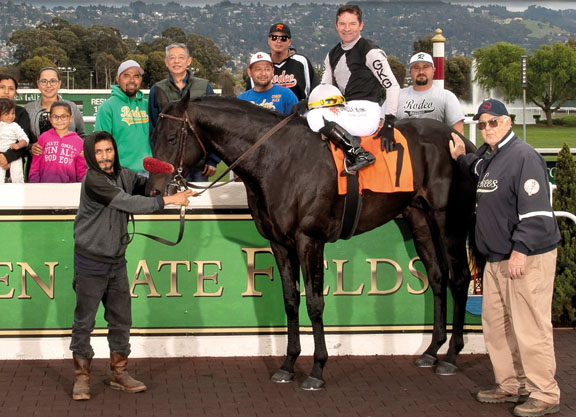 Bob Hess, Sr., who began training in the late 1950s and saddled his last horses in November, passed away Saturday due to the effects of COVID-19. He was 86.

Golden Gate Fields, where Hess was based, was closed in mid-November and is not set to reopen until after Christmas due to a rash of COVID positives. Hess was hospitalized with the virus around the same time the track was closed, eventually released, and then readmitted when his symptoms returned.

According to The Stronach Group, owner of Golden Gate, Hess was born Oct. 10, 1934, and began training in Washington State in the 1950s after serving in the U.S. Army. He was part of the Agua Caliente training ranks in the 1960s and finally moved to Golden Gate in 1971, where he remained based for the past five decades. He was consistently among the Northern California leaders. Hess saddled 1,592 winners from 10,448 starters, with his runners earning more than $17.2 million. His final winner was in an Oct. 29 claimer with 3-year-old Just Like Fred (Ultimate Eagle).

“Our hearts and prayers are with the entire Hess family at this time,” said David Duggan, General Manager at Golden Gate. “To lose a longtime trainer and friend is simply heartbreaking to our entire horse racing family.”

Golden Gate's Director of Racing, Patrick Mackey, added: “Bob was a wonderful horseman who was always there for his fellow race tracker. His stories were legendary. He was a wealth of knowledge and imparted that knowledge to many over the years. He was a great man and his presence here at Golden Gate Fields will be sorely missed.”

Hess is survived by his wife Maria, to whom he was married for 56 years, and four children: Bob, Jr. (who is also a trainer), Howie, Erica, and Anna. Services are pending.