Vequist Breezes at the Spa 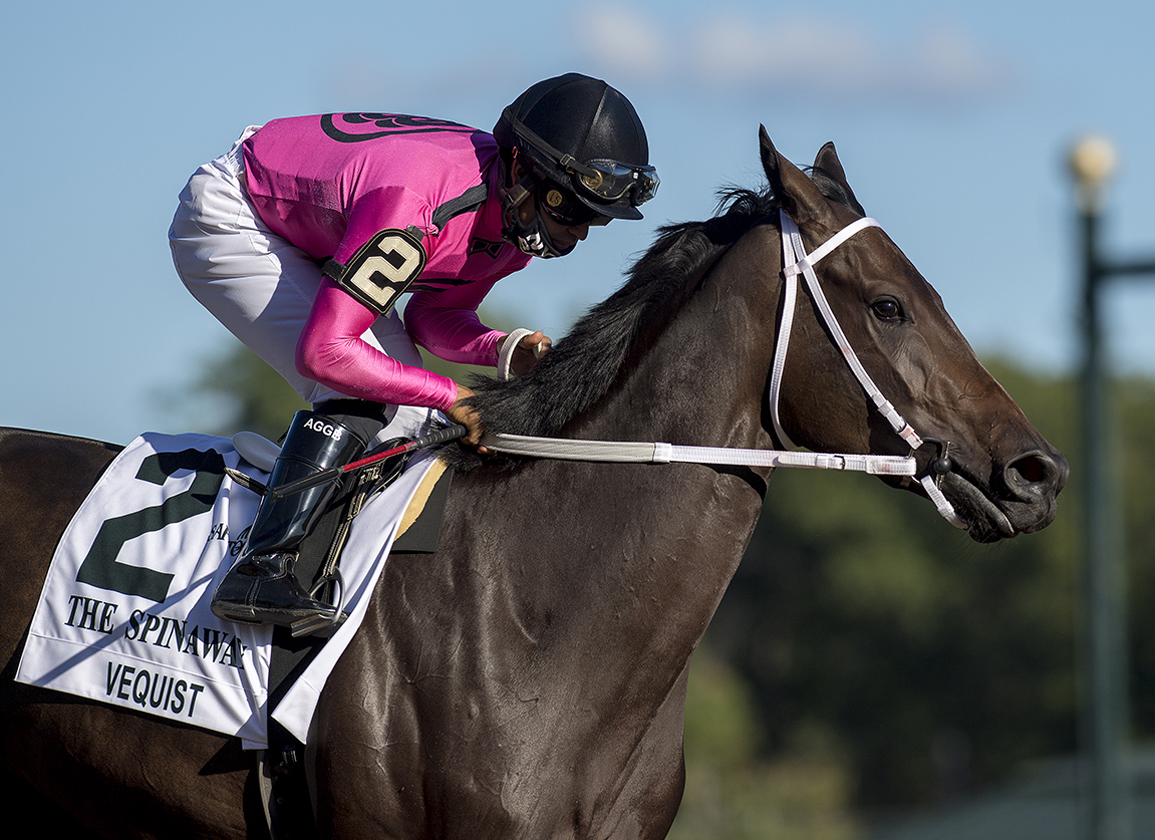 “She did very well this morning,” confirmed Reid, Jr. “I had her galloping out in 1:01 and 2, and in about 1:15 [three quarters]. She's fitter than I thought she was. She's actually a little ahead of schedule. I wanted her ready to go five-eighths on the first of August and she's a little ahead of that. I'm very happy with her progress. She's coming along nicely. If everything works out, she could run here before the end of the meet.”