This week, Federal legislation–the Thoroughbred Horseracing Integrity Act of 2015 (THIA)–was introduced by a coalition of industry groups headed by The Jockey Club that, if enacted by Congress, will install USADA as the entity to oversee drug policy, testing and enforcement in Thoroughbred racing. 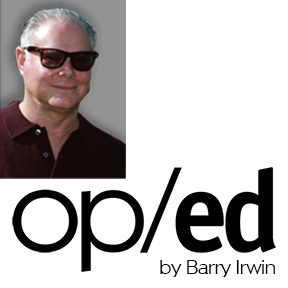 The prospect of having USADA in charge of drugs, both legal and illegal, scares the hell out of some industry insiders.

I humbly submit that the independent nature of USADA is the main reason for the fright, because if USADA is named to oversee drugs, nobody in the industry found cheating with drugs will be able to bring any pressure to bear on the organization that will get them off the hook.

And the prospect of an organization with the investigatory prowess of the FBI (Federal Bureau of Investigation) and the final word on a case like SCOTUS (Supreme Court of the United States) is a prospect so daunting it has sent the frightened among our industry insiders to mount an anti-USADA campaign using scare tactics usually seen only in political elections.

Enlistment of USADA was borne out of a frustration by sports-minded horsemen and owners weary of witnessing a lack of integrity in horseracing. They further realize it is impossible for industries to self-regulate.

These individuals grew tired of watching some trainers, owners and veterinarians tilt the playing field in their favor by avoiding detection in cheating, and being able to use political connections and clever lawyers to get them off the hook once they were caught taking an edge.

We have all seen trainers avoid suspension or banishment from racing by using their political clout as an elected officer of an alphabet soup horsemen’s organization. We have seen trainers retain their licenses that have owners with horses in their barn that are on state racing boards, racetrack boards of directors or are officials with alphabet groups.

The situation has become so intolerable over the past few racing seasons that the sports-minded ladies and gentlemen behind the proposed legislation realized that unless an independent entity was placed in charge of drugs in American racing, nothing would change for the better.

Interestingly, the vast majority of horsemen, veterinarians and owners not only play by the rules, they are agitated or even disgusted when they see the success generated by trainers they suspect of cheating with drugs.

These honest people should be in the forefront of the initiative to enlist the aid of USADA in bringing a level playing field to their life’s endeavors. Yet…yet…they are not. Instead they are incomprehensively and naively responding to the dirty tricks employed by those against installing USADA to change the dynamics in horseracing.

Here is a shopping list of the propaganda points used by the anti-USADA people.

FEDERAL: merely by invoking this word, advocates for the status quo gain immediate traction, because many people have been convinced anytime the Feds are involved it will end in failure. “We don’t want the Feds in Racing,” is the rallying cry. The folks that are given this line of reasoning apparently forget or do not realize that without the Interstate Horseracing Act of 1978, the monopoly enjoyed by our industry for betting on racing across state lines at simulcast sites and on the Internet would not exist. That law was passed by the Federal government. So you see, the Feds are already at the very core of our sport.

MONEY: anti-USADA people will point out that USADA is not independent because in great part its funding comes from Congress. When propaganda dispensers learn that these funds, just like the money from the sport of Boxing, will come not from congress but the industry itself, they switch hats and complain that the cost of drug control will break trainers and owners financially. There are no facts to back up this contention.

ELITISM: elites, described as wealthy Eastern-based owners, are behind this legislation, which they hope will drive the “workaday” trainers and “everyday” owners out of racing. There is absolutely no evidence that the folks behind the new legislation want to kill their own industry. In fact, they want to improve it.

LASIX: anti-USADA forces are convinced the entire legislative initiative is nothing more than a Trojan Horse built to rid the sport of Lasix and that most owners and trainers support the use of Lasix. Once again, there is no evidence that the reason the law has been proposed is about stopping the use of Lasix. And there is plenty of reason to believe that vast majority of owners and probably a majority of trainers are not afraid to run without Lasix if in fact it one day is banned.

Credit goes to the anti-USADA minority in racing because they have been relentless in working their industry contacts, as usual threatening lawsuits, boycott of the entry box and even boycott of horse sales. And all, if you ask me, because in a game fraught and polluted with more conflicts of interest than any industry I can think of, the thought of an independent body to watch over the sport scares the living daylights out of these insiders.

USADA is nothing if not independent. In fact, they turned down one of the biggest professional sports organizations in the nation because while that sport craved the prestige that went along with having USADA listed as being in charge of integrity, they still wanted to maintain a certain amount of control.

I suggest, in the coming weeks as the fight heats up, that participants in our industry ask themselves what the true motivation is behind the push by the anti-USADA folks to prevent their being named to oversee drugs in our sport. The answer to this question should be obvious to anybody that thinks about it.