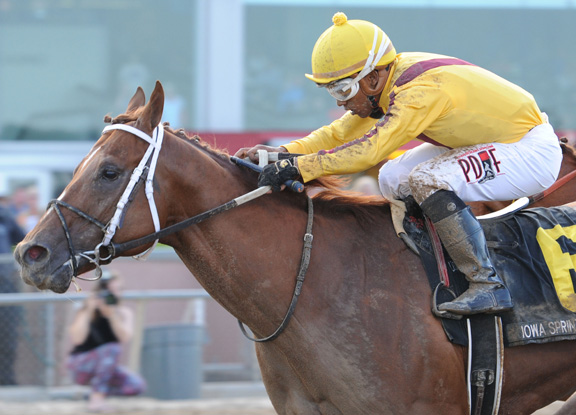 Two-time stakes winner and 'TDN Rising Star' Union Jackson (Curlin–Hot Dixie Chick, by Dixie Union) has been retired from racing and will stand the 2018 breeding season at Sequel Stallions, Hudson, New York as a Sequel Stallions/Stonestreet Stables venture. He will stand his first season at a fee of $5,000.

“Union Jackson is an outstanding individual from the physical standpoint, and I fell in love with him when I saw him,” Sequel Stallions principal Becky Thomas said.

Stonestreet owner Barbara Banke added, “Union Jackson was a horse that we have always though very highly of. Stonestreet very much believes in Union Jackson, and we will be strongly supporting him at stud.”