Under The Radar: Cabaletta 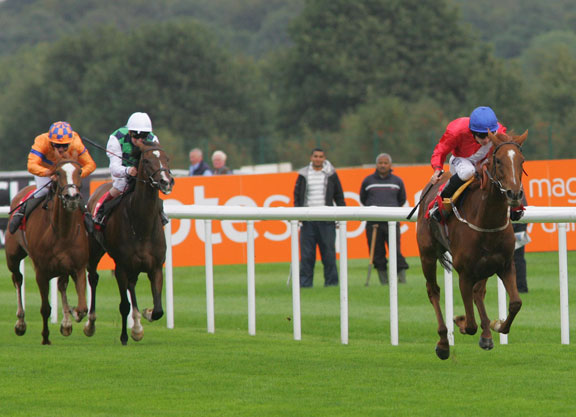 In the latest installment of his Under The Radar series, Tom Frary looks at Cheveley Park Stud’s ‘TDN Rising Star’ Cabaletta.

Trained by Roger Varian, Cabaletta promises to be the best progeny so far out of the operation’s G1 Prix Royal-Oak, G2 Goodwood Cup and G2 Park Hill S. heroine Allegretto. Grey like her illustrious relatives Last Second (Ire), Alborada (GB) and Albanova (GB), all by Alzao, the March-foaled homebred scored on debut over a mile on testing ground from the Oppenheimer runner Frankly Darling (GB) (Frankel {GB}) at Yarmouth in late October. That was quite an achievement for a filly from this family, which tends to need more experience and extra maturity, and she was awarded ‘TDN Rising Star’ status as a result.

Cheveley Park Stud’s Chris Richardson said of her, “I haven’t been able to go to the yard, but she looks to have done well on the pictures I’ve seen. She’s certainly a nice filly and we always thought there was a chance she could progress into a filly for an Oaks trial and Roger is very sweet on her. The family is late-maturing and her full-brother [Jeweller] stays and stays, but it’s difficult to know where we are. Allegretto never won a gallop, but just kept improving and we were delighted she competed as successfully as she did. Her broodmare career so far has been disappointing, a bit like Russian Rhythm and quite often these things jump a generation. She’s a staying mare, so has been to a degree a bit difficult to mate to, but we see Mastercraftsman as an under-rated sire. It’s a great family and we hope Cabaletta can give us a bit of excitement.”