Two-Year-Olds Settling On Next Targets 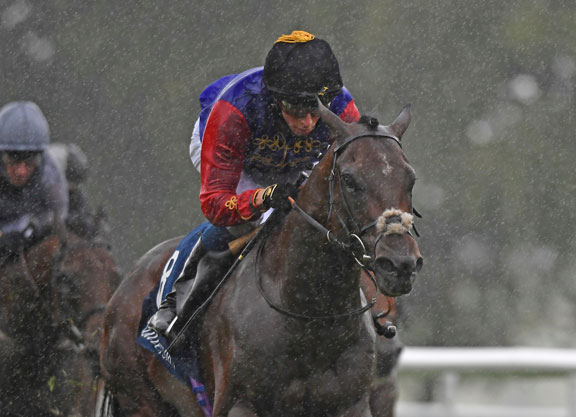 Tactical is headed to the Prix Morny | Francesca Altoft

Trainer Ken Condon said he is favouring the seven-furlong National S. for Law Of Indices (Ire) (Power {GB}) after his colt ran fourth in the Phoenix. Law Of Indices had previously beaten Lucky Vega by a half-length when winning the G2 Railway S. on July 18.

“He just missed the kick–he fluffed his lines at the start a little bit,” said Condon of his colt's Phoenix run. “It's difficult then, especially in a Group 1 six-furlong race where those horses keep rolling along and they don't come back to you. I thought in the circumstances he ran very well and came out of the race with a lot of credit. He finished it out particularly well, and he's going to step up in trip now. I think seven will be fine, and he's a horse that doesn't seem to be ground dependent. He handles slow ground as well, and it's nice having that going into the autumn. It keeps all options open.”

“We think the ground, while officially good to yielding–and it was good to soft at Chantilly–we think the going at the Curragh was softer than France even though they sort of read the same,” Palin said. “We're pretty certain now soft ground doesn't suit him and that he needs quick ground to be at his best.”

“Even if we'd absolutely run our race and finished with The Lir Jet we'd have still been in put in our place by an outstanding winner [Lucky Vega]. So no excuses, we might not be good enough to win a Group 1 but there might be reasons to explain why he didn't finish closer.

“I think we need to chase fast ground. Unless the Prix Morny is run on quick ground and looks like it's cutting up we wouldn't go there. We could look at the Gimcrack with a penalty if the ground is going to be quick or the Flying Childers makes sense as he wouldn't have a penalty–but that means going back to five and you're in the lap of the gods with the ground at Doncaster in September. One thing [trainer] Richard [Hannon] did mention was the Breeders' Cup [Juvenile Turf Sprint]. He thinks almost six furlongs round a bend could be right up his street.”

France hosts its first juvenile Group 1 of the season with the Prix Morny on Aug. 23, and Racing Manager John Warren reported The Queen's G2 July S. and Listed Windsor Castle S. winner Tactical (GB) (Toronado {Ire}) to be on course for that Deauville showpiece following a pleasing workout on Wednesday morning for trainer Andrew Balding.

“Tactical did a nice piece of work this morning and is on course for the Prix Morny on Aug. 23, which has been his target since winning the July S.,” Warren said.

A Morny win by Tactical would provide The Queen with a first top-level win since Estimate took the G1 Gold Cup at Royal Ascot in 2013.