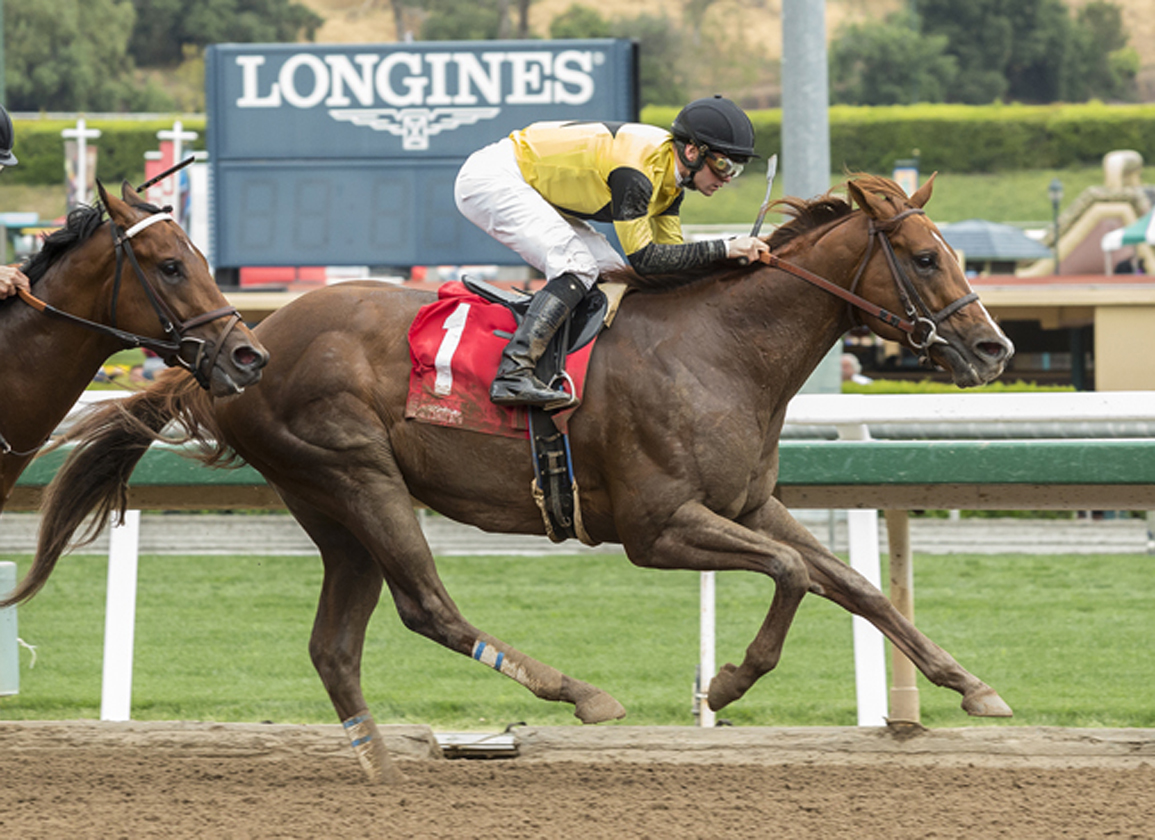 West Point Thoroughbreds' Kanthaka (Jimmy Creed–Sliced Bread, by Noonmark), a dual graded-stakes winner on dirt and Grade I placed on turf, has been retired. According to a tweet from the New Jersey-based partnership, John H. Haines, a partner in the 6-year-old gelding, adopted Kanthaka and moved him to a ranch in Oregon, where he arrived Sunday.

A $140,000 purchase out of the 2017 Barretts March Sale, Kanthaka was at first based in California with trainer Jerry Hollendorfer, for whom he won the GII San Vicente S. and GIII Laz Barrera S., both at seven furlongs, in 2018. Placed three times at the graded level at four, including a third when trying the turf for the first time in the GIII Daytona S. in 2019, Kanthaka was sidelined for better than a year and made his return to action in the 2020 GI Jaipur S., his first start for trainer Graham Motion. Sent off at 16-1, the chestnut made a run to the lead inside the final furlong, only to be caught late by Oleksandra (Aus) (Animal Kingdom).

Winless in three trips to the post this term, Kanthaka retires with three wins from 17 starts and earnings of $456,635.

Graded stakes winner Kanthaka is retired from racing. Just yesterday he arrived at his new home at a beautiful ranch in Oregon. Thank you to Partner @eyemd60 for adopting the K Man and giving him a wonderful forever home. @GrahamMotion pic.twitter.com/roMBpknd8L