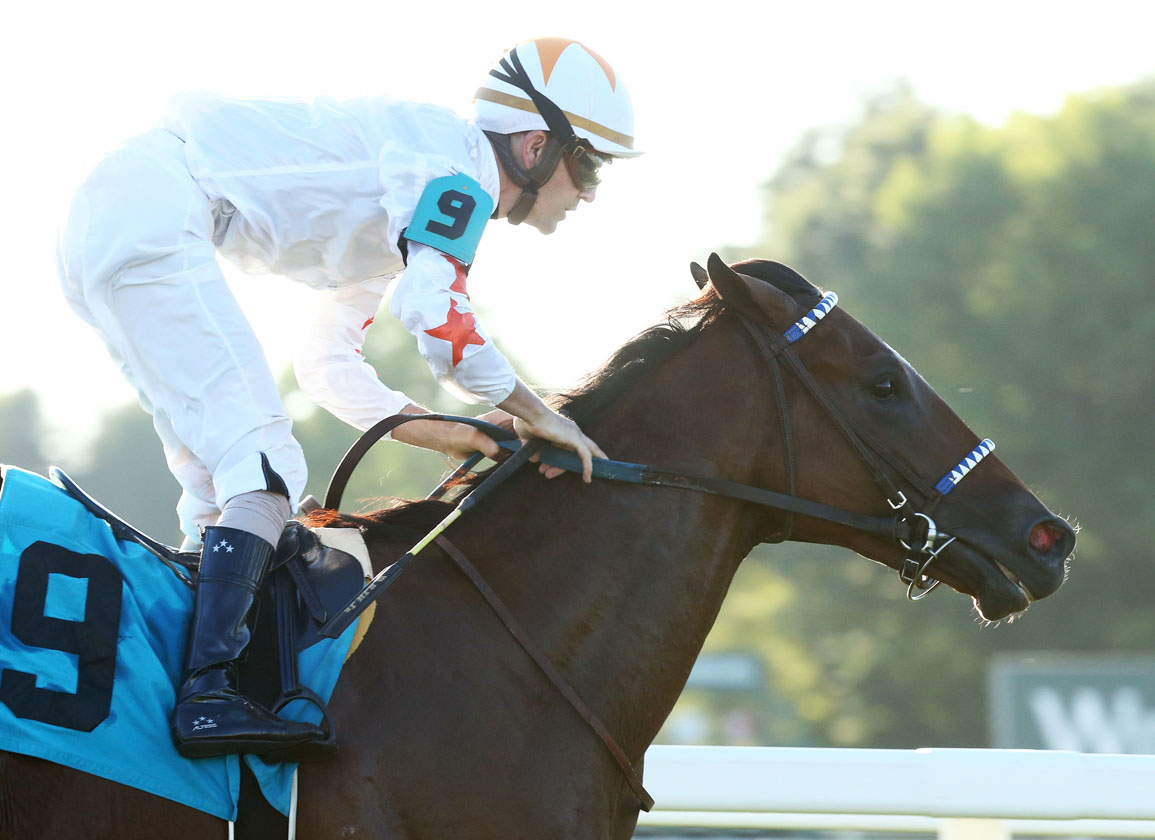 A field of 14 juveniles look to sort themselves out in Sunday's GII Castle & Key Bourbon S. at Keeneland, a “Win and You're In” qualifier for the GI Breeders' Cup Juvenile Turf. Tiz the Bomb (Hit It a Bomb) is one of two stakes-winning juveniles in the field, following up a spectacular 14 1/4-length off-the-turf maiden special weight at Ellis Park July 2 with a hard-fought score in the Kentucky Downs Juvenile Mile S. Sept. 6. As a $330,000 Fasig-Tipton Kentucky yearling, he remains the highest-priced yearling–by nearly $200,000–by his sire and was picked out of the sale by that astute judge of horseflesh, Kenny McPeek. Tiz the Bomb owns the highest Beyer (76) among these young runners and has bulleted in two of his last three works, one bullet each on turf and dirt.

As the only other black-type winner among these nascent runners, Red Danger (Orb) also has a two-race win streak. He overcame bumping and steadying to break his maiden at the Spa, then also came back at Kentucky Downs to edge to a win in the Sept. 9 Global Tote Juvenile Sprint S. Both his victories are on the lawn, but he hasn't gone farther than 6 1/2 furlongs for trainer Brian Lynch.

If Tiz the Bomb falters, McPeek also sends Lucky Boss (Street Boss), who won a July 17 off-the-turf Ellis maiden, then was runner-up Aug. 15 at the same track in the Runhappy Ellis Park Juvenile S. The Bourbon will mark his first start on the grass. Rocket One (Into Mischief) kicked off his career in the deep end, losing on the dirt to eventual GISW Gunite (Gun Runner), then lost to re-opposing Play Action Pass (Cairo Prince) on the turf before winning handily while closing late in a Sept. 6 Kentucky Downs maiden special weight. Play Action Pass was in that same Gunite maiden, beat Rocket One when moving to the lawn, and grudgingly yielded the lead and the win to Tiz the Bomb in the Juvenile Mile S. Heaven Street (Street Sense) has the most starts under his belt with five, and has won two of his last three, all on the grass, with a placing in Woodbine's Soaring Free S.