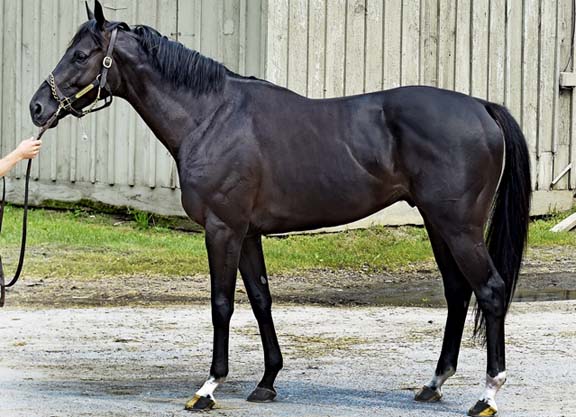 Triple Threat (Monsun {Ger}–Drei, by Lyphard), winner of last year’s GII Monmouth S. and the 2013 G2 Prix Eugene Adam-Grand Prix de Maisons-Laffitte, has been retired from racing. Bred and campaigned by Team Valor International and Gary Barber, the 6-year-old also won the 2013 G3 Prix La Force and was second in the GI Northern Dancer Turf S. On the board in 10 of 23 starts, Triple Threat won five races and earned $495,221.

“He should have a lot of appeal as a stallion prospect,” said Team Valor President Barry Irwin. “Professionals have commented for years on his spectacular looks. In fact before [Bill] Mott saddled him Saturday at Keeneland [in the GI Shadwell Turf Mile], he studied him as he passed by and said ‘Handsome devil, isn’t he?’”

Irwin added, “Monsun probably was the best stallion to stand on the European continent in his era. Triple Threat is a half-brother to [Mrs Marsh {GB} {Marju {Ire}], the dam of successful young sire Canford Cliffs (Ire), so he makes for a lot of appeal on paper as well as in person. He retires sound and raced sound his entire career.”