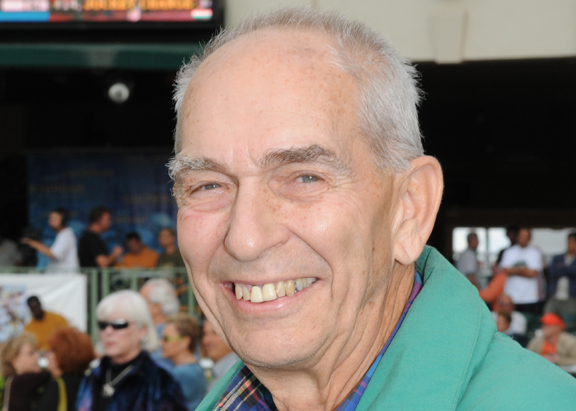 A native of Philadelphia, Wolfson was a veteran of the U.S. Air Force who graduated from the University of Illinois in 1959 with a Bachelor in Animal Science and later graduated from Temple University in 1972 with a Master of Education. He also was the founder and owner of Neshaminy Turf Supply in Pennsylvania, New Jersey, Delaware and Florida.

Wolfson saddled 548 winners in his career and was a respected horseman known for his kindness, spirit and good humor. The Florida Horsemen's Benevolent and Protective Association presented him with the Kent Stirling Lifetime Achievement Award in 2017.

The Judge Sez Who was purchased originally for $10,000 as a yearling, but returned due to a stifle problem. The Judge Sez Who went on to earn nearly $1 million and was the subject of story picked up by ESPN “He's No Longer a Horse Nobody Wants.”

In November he saddled Stirling Drive to victory in the $75,000 Showing Up at Gulfstream Park.

Private funeral services will be held at Beth David Cemetery, Hollywood, FL. In lieu of flowers, memorial donations may be made to Israel Guide Dog Center for the Blind.