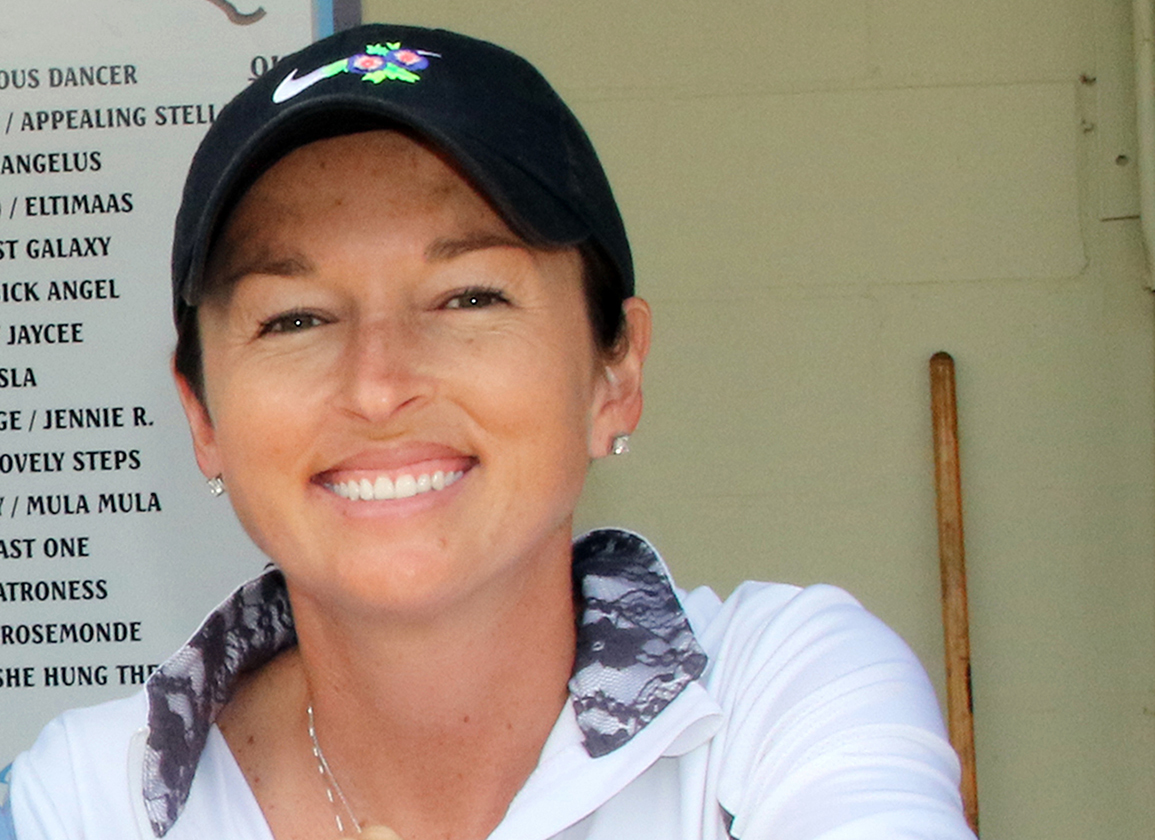 Jimbo and Torie Gladwell's Top Line Sales claimed the fastest furlong and quarter-mile breezes of Friday's third session of the Ocala Breeders' Sales Company's under-tack show ahead of the June Sale of 2-Year-Olds in Training, with a filly by Frosted working the second :9 4/5 furlong of the week and a colt by Arrogate setting the new quarter-mile mark of :20 4/5.

When hip 447, a daughter of Frosted out of graded stakes winner Jody Slew (Slew City Slew), turned in her :9 4/5 breeze Friday, it was actually the filly's second bullet work of the spring. She also worked in :9 4/5 ahead of the OBS March Sale, but ultimately had to be withdrawn from the auction.

“She went :9 4/5 in March,” Torie Gladwell said. “So we knew she was really fast, but we weren't sure she could do it again. Because you never really ask a horse to go that fast twice. We don't ever ask our horses to go that fast on the farm. So the only time they do it is for the breeze show.”

Gladwell continued, “In March, she came up with a little vet issue, so we had to scratch her and we ended up doing a little quick surgery and took care of it. We gave her some time off and brought her back here and she did do it twice. So we are really happy with her.”

The filly was purchased by Jimmy and Martha Gladwell for $65,000 at last year's Fasig-Tipton Selected Yearlings Showcase.

“They trained her and they get all the credit for the work on that filly,” Gladwell said of her in-laws. “They've done everything to get her ready.”

Gladwell added of the filly, “She's grown since March. She's a little bigger and stretchier now. She looks really good.”

Hip 393, a colt by the late champion Arrogate, became the first juvenile of the week to shade :21 when he worked his quarter-mile in :20 4/5 Friday in Ocala.

“I can't take credit for that colt either,” Gladwell said. “He was at Miami with the de Merics and he's owned by Marc Tacher. We only had him for maybe three weeks on the farm prior to coming over here. So we really just test drove him a little bit on the farm. We knew he was fast, everybody told us he was fast, he worked good in Miami. We came over and were just kind of easy with him going into it and he showed up.”

The dark bay colt is out of stakes winner Hero's Amor (Street Hero), a full-sister to multiple graded placed Threefiveindia. He was purchased by Tacher for $200,000 at last year's Fasig-Tipton October Sale and RNA'd for $240,000 following a :10 2/5 work at the Fasig-Tipton Gulfstream Sale.

“He is average-sized and put together really well,” Gladwell said of the colt. “He's a gorgeous, gorgeous horse.”

Both of Friday's bullet breezers are making their second sales appearances of the spring. It's a recipe that has already worked this year, with a colt by Into Mischief RNA'ing at the Gulfstream sale for $750,000 before bringing $875,000 at the OBS Spring sale.

“If they can show up and do it twice, I think it actually shows these buyers that they are good sound horses who like their jobs,” Gladwell said.

The Top Line Sales consignment was also represented by a Practical Joke filly who earned the quarter-mile bullet and a Maclean's Music filly who shared the furlong bullet Thursday.

“Extremely well,” Gladwell said when asked how the consignment's horses were performing on the track. “They seem to be coming out of it, as far as X-rays go, in pretty good shape. They are coming back and they're not just jaded coming back to the barn. They try hard, they are blowing, but they are not ready to just fall over. So that's nice.”

The under-tack show continues through Sunday with sessions beginning daily at 7:30 a.m. The June sale will be held next Wednesday through Friday with bidding starting at 10:30 a.m. each day.