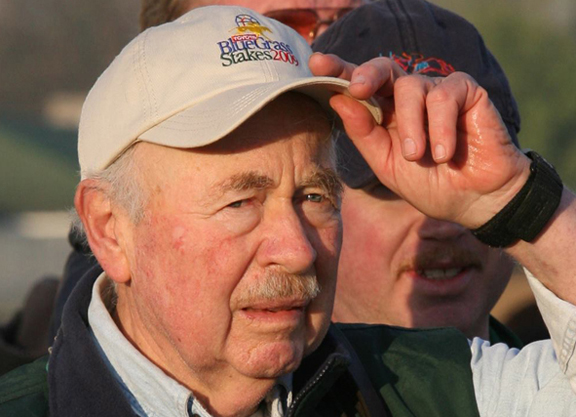 McCarthy claimed General Quarters out of his career debut for $20,000 in May of 2008. The gray went on to win the 2009 Blue Grass as a precursor to a 10th-place finish in the GI Kentucky Derby less than one month later. General Quarters returned to Churchill Downs on Derby day the following year to win the Turf Classic, the final win of his 27-start career. He currently stands at stud at Crestwood Farm in Kentucky.