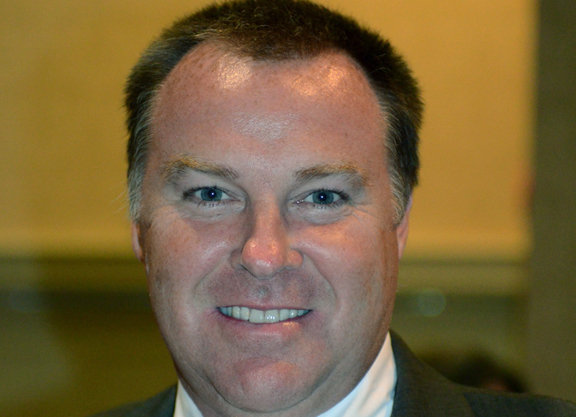 Tom Ludt, who joined Phoenix Thoroughbreds as head of U.S. operations in December of 2017, has left the company, Racing Post reported. According to Ludt, he accepted a termination agreement offered by Phoenix's creator, Amer Abdulaziz Salman. Abdulaziz's brainchild operates on multiple continents and has enjoyed Group 1/I success, but first came under investigation in November of 2019, as first reported by Racing Post.

Abdulaziz allegedly stole €100 million from sham cryptocurrency OneCoin-which he allegedly helped operate as an international Ponzi scheme-and reinvested those funds into thoroughbreds through Phoenix. The November investigation resulted in a guilty verdict for former lawyer Mark Scott on charges of fraud and laundering $400 million in illegal funds for OneCoin. Scott created Fenero Funds allegedly to route money between destinations.

Both Abdulaziz and Phoenix Thoroughbreds deny all allegations. After news of the investigation broke, Ludt asked Abdulaziz about the veracity of the allegations.

“[The Racing Post story] was the first I heard of [the allegations], so I was shocked,” Ludt told Racing Post. We had discussions afterwards and he [Abdulaziz] completely denied that he had anything to do with it. I don't remember the exact dates but there was some dialogue and I point blank asked what the heck was going on because I'd spent the last two and a half years of my life travelling the world for this company and I didn't want to get dragged down with a bad reputation.

“He's continually denied it and he's indicated he had investors from that company [Fenero] but never OneCoin. I've never been involved [in the fund], so I don't know, but everything's changed since then. I continued to ask him to do some interviews with the press to talk about it and he just wouldn't do it. Everything changed when that came out.

“He told me that Mark Scott invested [in Phoenix] through Fenero, but that's all I knew. He did not deny Fenero funds had gone into Phoenix.”