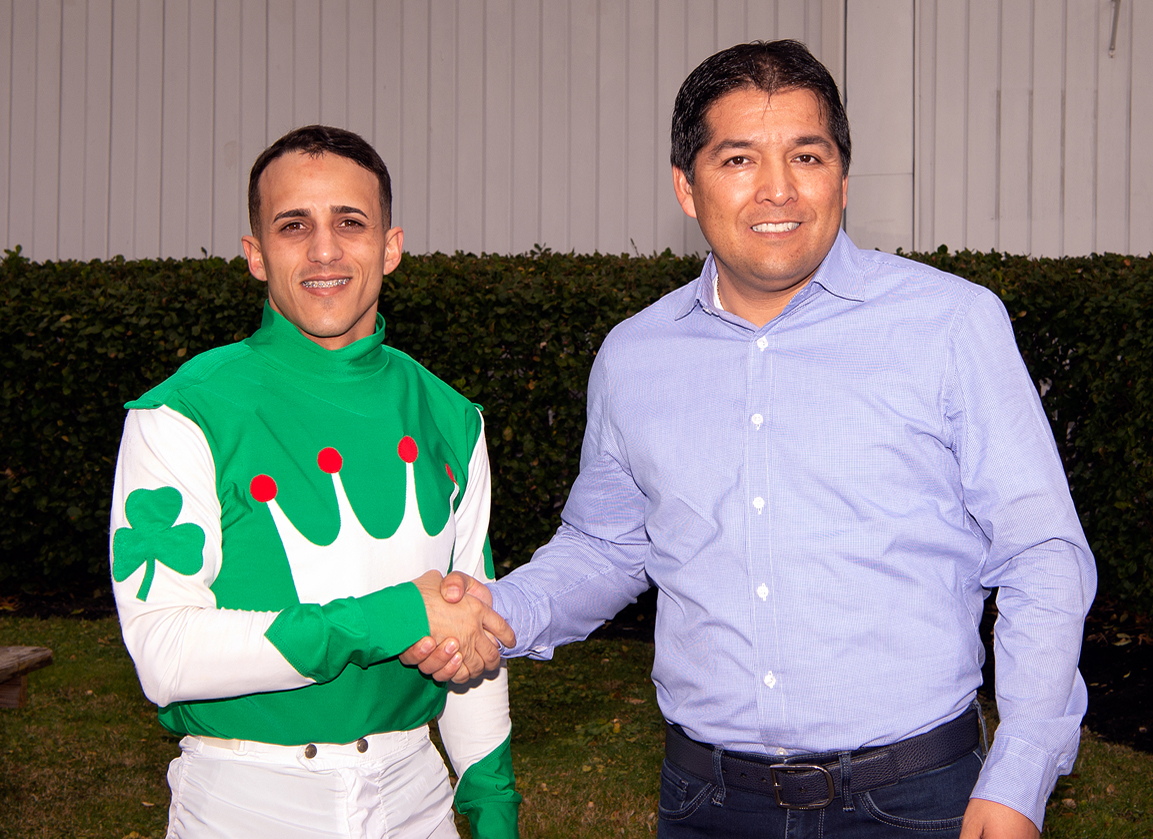 Toledo, 27, did not have a mount Sunday but took a 10-win edge, 38-28, over five-pound apprentice Jean Alvelo into the nine-race program. Alvelo had six mounts Sunday, winning with Royal Thunder ($3.60) in Race 6 to finish with 29 wins. It was the eighth career meet title, all at Laurel, for the Puerto Rico native, who is represented by agent Marty Leonard. Second to Victor Carrasco with more than $1.3 million in purse earnings, Toledo was also Maryland's overall leading rider in 2015 and 2017.

“I have to thank God; without him it's impossible,” Toledo said. “I've won the summer meet and the fall meet but I never won the winter meet. It's my first one, so it feels really good. It's another accomplishment in my career. My agent does a really good job and I have a lot of support from everyone. They give me a lot of opportunity to ride nice horses, and thank God we got the job done.”

Gonzalez entered Sunday with a 24-23 advantage over John 'Jerry' Robb after sending out a pair of winners on Saturday's card. Robb did not have a horse entered Sunday, while Gonzalez had runners in four races, winning with Danny Chen's Little Ms Scarlet ($7.40) in the fourth race and Magic Stable's I'm Not Slow ($6.40) in the ninth race to raise his meet total to 26.

A 45-year-old native of Chile and cancer survivor, Gonzalez has won nine consecutive meet titles in Maryland dating back to Laurel's 2019 summer stand. It was the 17th career meet championship at Laurel to go along with two at Pimlico for Gonzalez, who has finished as Maryland's overall leading trainer five consecutive years starting in 2017.

“I feel really good. It's like I say, to win one race is tough and to win the title again is a good feeling,” Gonzalez said. “I have to thank all my people, my workers, all the assistants I have, the grooms, hotwalkers, exercise riders, blacksmiths. Everybody does a good job, it's not only me. If you don't have good help, you don't make it. I try to explain to all my workers, it's the little things that make the difference. That's why you have to pay attention to every little thing and sometimes it makes a big difference.”