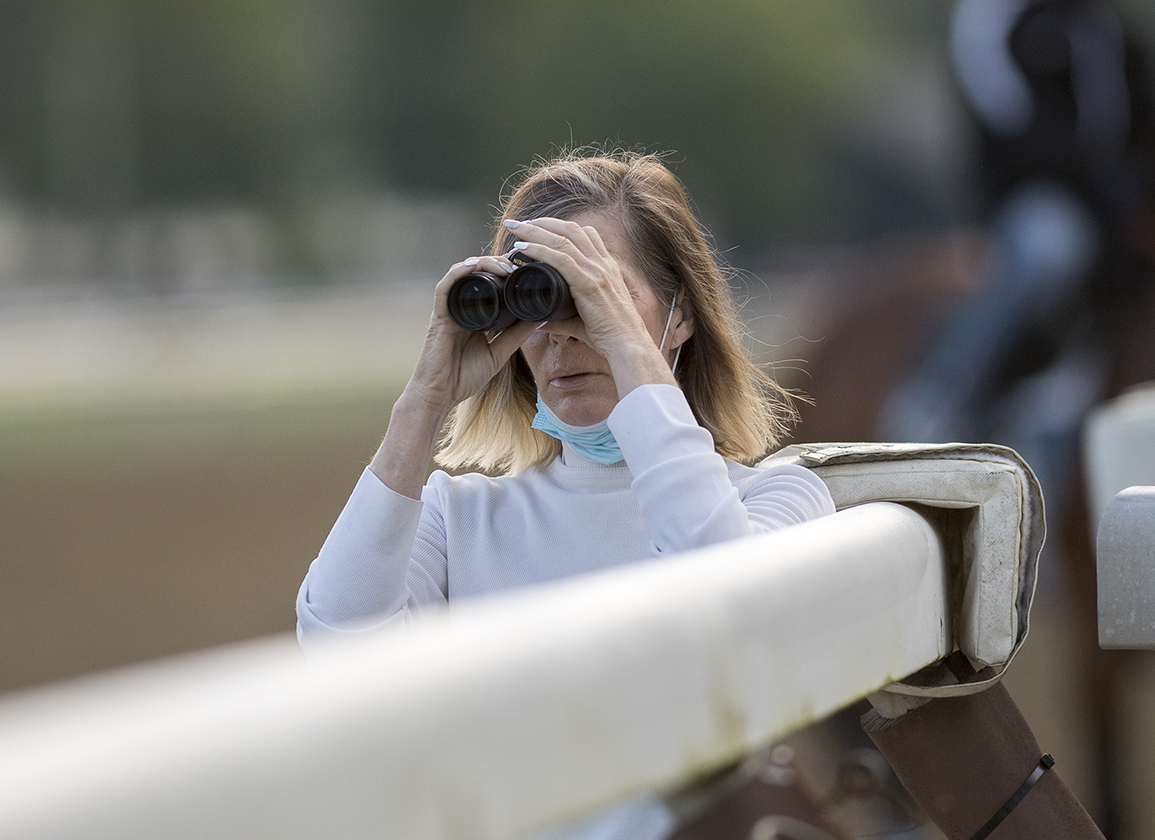 Linda Rice had her training license immediately revoked for a period of “no less than three years” and was fined $50,000 May 17 when New York State Gaming Commission (NYSGC) members voted 5-0 to agree with a hearing officer that Rice's years-long pattern of seeking and obtaining confidential pre-entry information from New York Racing Association (NYRA) racing office workers was “intentional, serious and extensive, and that her actions constituted improper and corrupt conduct…inconsistent with and detrimental to the best interests of horse racing.”

Rice had testified during eight days of NYSGC hearings late in 2020 that she had handed over cash gifts amounting to thousands of dollars at a time to NYRA racing office employees between 2011 and 2015.

In most racing jurisdictions, telling trainers which other horses have been entered or are considering a particular race is a clear rules violation, because it affords a trainer an advantage over others who enter horses without knowledge of the caliber of competition.

But in practice, one could make the case that some form of tipping-off to trainers exists to various degrees in racing offices all across America, particularly in the current era of races routinely needing to be “hustled” to fill because of a thin nationwide horse population.

Within that realm of rules-bending there are numerous gray-area distinctions, ranging from the relatively innocuous encouragement of trainers to enter into what is considered an easy spot all the way up to trainers proactively and sometimes predatorially seeking a steady stream of inside info and paying handsomely to receive it.

TDN left email and phone messages for Rice and her attorney Monday seeking comment and to find out if a court appeal is in the works. Neither replied prior to deadline for this story.

The specific accusations against Rice stemmed from a separate NYRA investigation that had been launched in 2014 when it was revealed that several NYRA racing office employees with access to The Jockey Club's InCompass entry management software had been improperly sharing login access to the system with horsemen and jockey agents. One employee was eventually fired after the scheme was uncovered and another had his license suspended for other racing-office infractions.

In early 2018, Daily Racing Form first reported that Rice allegedly made payments to NYRA officials in order to obtain knowledge–and sometimes the past performances–of rival horses likely to be entered against her trainees.

It was then nearly two years later, in November 2019, that Rice was first summoned to a NYSGC hearing on the matter to determine whether she received “regular, continual and improper access to the confidential names and other information concerning the other horses entered in races…before the entries closed and you decided to enter the horses you were training in such races or not.”

The start of that hearing was delayed during the early stages of the pandemic, so it took another full year before Rice's case finally commenced in November 2020. The proceedings stretched out over eight calendar days and included 60 evidence exhibits and testimony from 16 witnesses.

As is routine during NYSGC hearing adjudications announced at public meetings, the merits of the case were not debated Monday among commissioners, who had previously voted on the outcome after receiving the hearing officer's final report dated Apr. 13. The results of the vote were merely read into the record.

NYSGC chairman Barry Sample did underscore when reading the results of the vote to suspend and fine Rice that commission members “concurred with the penalty recommended by hearing officer [Clark Petschek] but modified the report to specifically reflect that the hearing officer found multiple violations,” which was a factor in the board fining Rice above the $25,000 per-violation penalty that is recommended in the state's racing rules.

A TDN request to the NYSGC to obtain a copy of the hearing officer's full report did not yield a response prior to deadline for this story.