Thoughts from Ocala: Stars in the Making 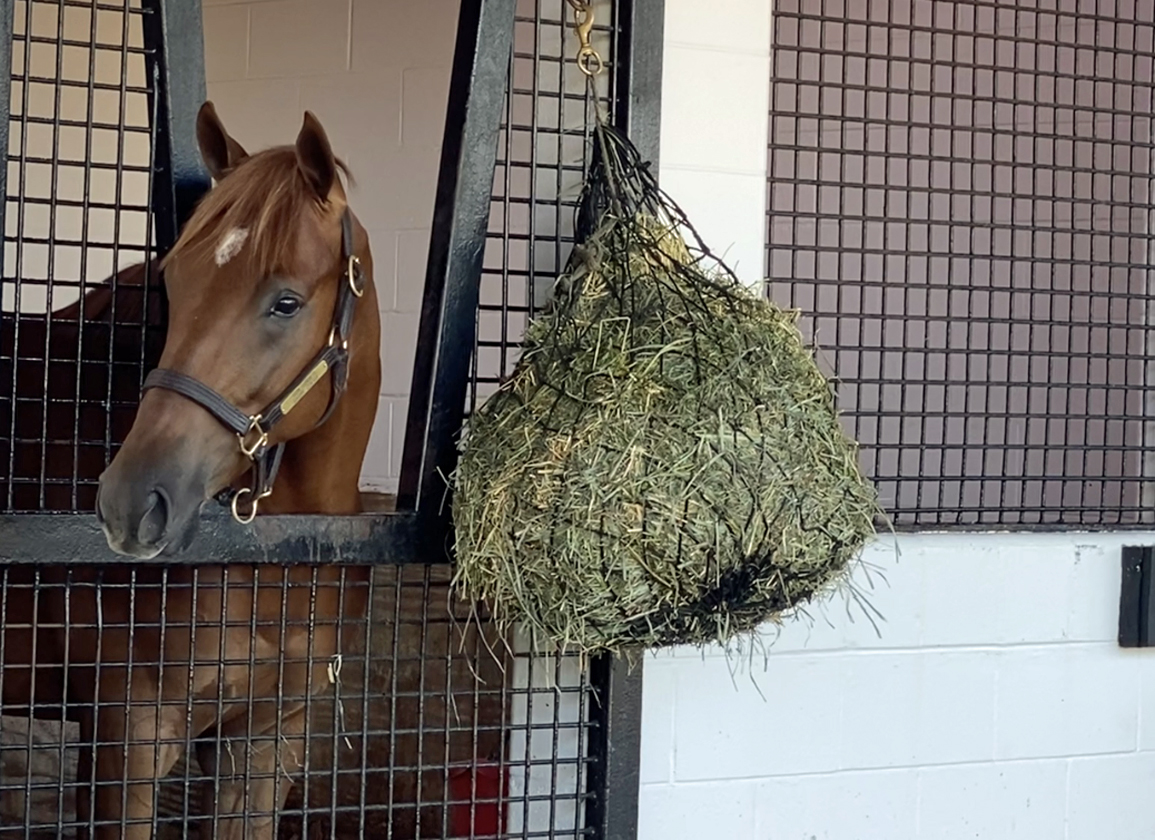 The half-brother to champion Lady Eli sells as Hip 93 at the
OBS March Sale. Eddie Woods talks about the colt here. | Katie Petrunyak

As the OBS March 2-Year-Old in Training Sale's breeze show concludes on Sunday and with just a few weeks until the Fasig-Tipton Gulfstream Sale, we looked at a few promising 2-year-olds that were given high praise from their consignors and have high-class pedigrees. Could these youngsters be future stars in the making?

This colt is a half-brother to MGISW Lady Eli (Divine Park) with a fabulous pedigree. He's a really nice horse and is a beautiful mover. He's not raging fast, but he's incredibly stylish and he keeps growing, which is a good thing. He's all quality. He's different [in his training in comparison to Lady Eli.] He's all Gun Runner. He's laid-back, he'd eat you out of house and home, and he's just a cool horse.

We've got an American Pharoah filly at OBS March that could be any kind of filly. She's done everything we have asked at what looks like half speed. She's doing the same thing the other horses are doing, but it looks like she's in a high gallop. She has a big way of going, she's very smart, and is a big, robust filly. She doesn't look like she needs the grass. It looks like she's going to have a very fast turn of foot. We're super excited about her. American Pharoah is red hot right now and she could be our big horse at OBS.

She's a big, husky, stout filly in the Uncle Mo and Nyquist mold. She's steadily gotten better and better in everything we've done with her. We've had a few Nyquists and he's a sire that really impresses me. I love the way they're built. They're big, strong horses with a lot of bone and substance but also, with the ones we've had anyway, they've been really good to work with. They handle the pressure well, they eat, they stay sound. The other thing I like about this filly is that she's really got a natural turn of foot. There was no genius training to make that happen. It's just very natural for her.

I have several Into Mischiefs, including the filly out of Ervsayslethergo, and you've got to love those. Into Mischief is just a remarkable stallion, as obviously the whole world knows by now. They all seem to thrive on the training, they handle it so well mentally, and it just seems like they've almost been here before. It's like you don't have to teach them, they just already know it.

This colt came out of the Saratoga Fasig-Tipton Sale. He is a big, strong, strapping colt. He is the half-brother to Friar's Road (Quality Road), who won the GII San Marcos S. for Mike McCarthy at Santa Anita. He is probably 16'1 and a 10 mover, so he should be pretty exciting down there at the Miami Sale.

Obviously for Fasig-Tipton Gulfstream, it's a sale we've always targeted with what we perceive to be our two-turn dirt horses. They're easily the best of the best from what we see early on. This year we are taking two Into Mischiefs down there. They're two very different horses. The filly is very forward and early, whereas the colt is a late foal, but he does everything right. Just as long as he keeps moving forward, we'll go there with him and I think when he shows up, he'll make a lot of noise.

Another colt we're very high on for Fasig-Tipton is the Medaglia d'Oro colt out of Mahasen. He's a big, strong, two-turn horse out of a Tapit mare. He looks like exactly what you want in a two-turn dirt horse and everything he's done to this point has given us that indication.