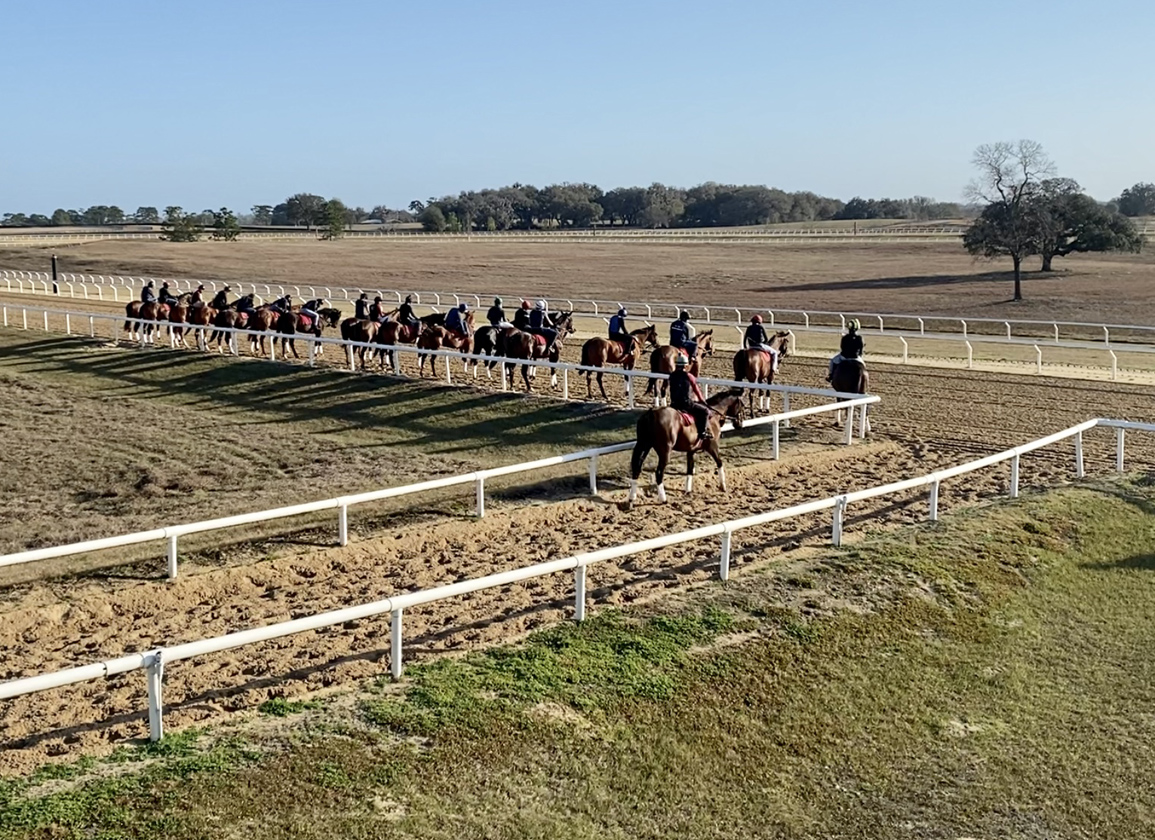 With the start of the 2-year-old in training sales just around the corner, a visit to Ocala proved to be informative as we checked in with consignors who are starting the fine-tuning process with their sales horses. In the weeks leading up to the OBS March Sale, which starts March 15, we will release a series of video features covering the topics everyone is talking about as the sales season approaches: Who might be this year's top freshman sire? Which freshman sires could be flying under the radar? What horses are these consignors most looking forward to presenting to the market? And speaking of the market, what are consignors' thoughts on the overall health of the 2-year-old market in 2022?

In this first episode, we spoke with Eddie Woods, Nick de Meric and Susan Montanye about the freshman sires whose 2-year-olds have impressed them most throughout the breaking and training process, and we asked them to show us a few of those sires' most promising progeny that we will see at the sales in the coming weeks.

This year's freshman sires are a good group overall, probably better than average.

The Justifys are way more precocious than I thought they would be. We have a Justify colt out of Runway Doll (Majestic Warrior) who is a lovely colt going to OBS March [Hip 89]. He's all quality and is built like a tank

The Good Magics are very nice horses. They're laid-back, kind of Curlin-y type horses. We have a Good Magic colt out of Jane Says (Tale of Ekati) going to OBS March [Hip 520]. He's a beautiful-looking horse and we're really happy with him. We have several other Good Magic 2-year-olds who are going to the races that are quite nice.

The City of Lights are beautiful, big, strong, strapping horses. We have a City of Light colt out of Forest Gamble (Forest Wildcat) that is going to OBS March [Hip 439] and is a magnificent-looking horse, so we are looking forward to offering him.

The Mendelssohns also have a lot of quality. They look like they might just take a little bit of time. The Accelerates are looking good as well.

We have a reasonable cross-section of first-year sires this year. I'd say the ones that have impressed me at this point in the game would include Good Magic, for sure, Bolt d'Oro and West Coast. We have a couple of really nice West Coasts. Mendelssohn is another that has really got my attention. I only have one Justify, but she's a lovely filly and I'm hearing good things from other people about the Justifys, so he would definitely be on the list as well. Some of the horses we have by these first-year sires are going to sales and some of them are going straight to the races.

I have two Good Magic colts and they're kind of different types physically. One is a big, husky individual and the other is a little on the smaller, more nimble side, but they're both taking a little bit of added pressure really well. They're eating the bottom out of their feed tubs, they're light on their feet and everything that we've done with them they've done well within themselves with plenty in reserve. We haven't really squeezed on them yet, but we're just getting to a point where we're asking a little bit more from them and they seem to be handling everything so easily.

I've got a Bolt d'Oro filly out of Scorpio Queen (Aus) (Choisir {Aus}) who has been breezing really well. She's another one that is doing, if anything, a little more than she's being asked for. She's going to OBS April. She's a big, rugged filly. She seemed to be all head and no body when she first arrived here, but as she's grown and filled out and her musculature has improved, she's starting to look really balanced and I really like the way she's been breezing. She's looking like she could be a good one. We've had several others Bolt d'Oros as yearlings and we've been noting at the sales that he's consistently getting good individuals, so that's also a good indicator. 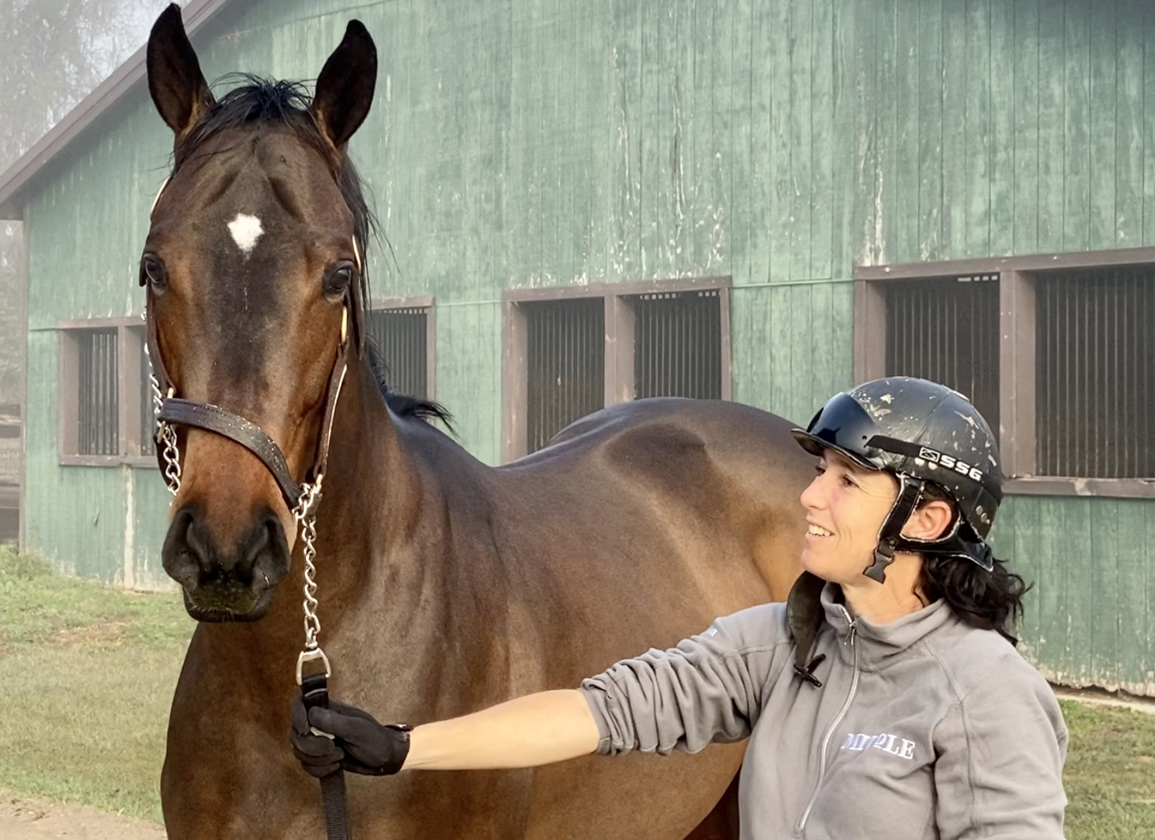 My Bolt d'Oro colt going to the OBS March Sale is out of Queen of May (Bernardini) [Hip 51]. If I were rich, he wouldn't be for sale. I just absolutely love him. He is all business. He looks like he'll be fast and want to stretch. There really isn't anything to knock on him. I can't wait to see who ends up getting him and then root him on in his career because I think he's going to be special.

The other colt out of Platinum Song (My Golden Song) is actually a May foal, but he's a big boy. We are taking him down to the Miami sale [Hip 44]. He's a little bit different that the Queen of May colt. I think he's going to be maybe just a tad bit of a later bloomer than Queen of May, but he's going to be a phenomenal individual on the racetrack.

I also have a couple City of Lights. I have a filly out of Edith Court (Pomeroy) going to the OBS March Sale [Hip 405]. She's super fun and classy. I think she's going to be really fast early, more of a sprinter type.