Thoughtfully Takes Next Step in Adirondack 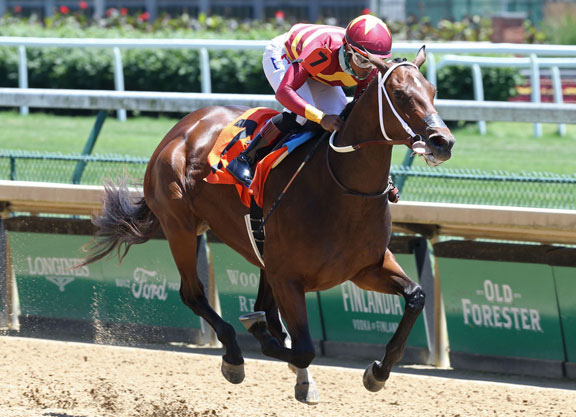 ‘TDN Rising Star’ Thoughtfully (Tapit) looks to prove her ‘TDN Rising Star’-worthy unveiling was no fluke in Wednesday’s GII Adirondack S. at Saratoga. The $950,000 FTSAUG purchase romped by 8 3/4 lengths on debut at Churchill Downs June 11 and enters off a best-of-14 five-panel bullet at the Spa in 1:00 4/5 Aug. 3.

Make Mischief (Into Mischief)  won on debut against fellow Empire-breds June 18 at Belmont and was second last out in this venue’s GIII Schuylerville S. July 16. She is favored on the morning-line to make amends here.

Rounding out the field is Beautiful Farewell (Frosted), who is still a maiden after two starts, most recently finishing fifth going six panels here just 10 days ago.