Home » Archive » Shared News » This Side Up: Two Very Different Lives, One Passion

This Side Up: Two Very Different Lives, One Passion 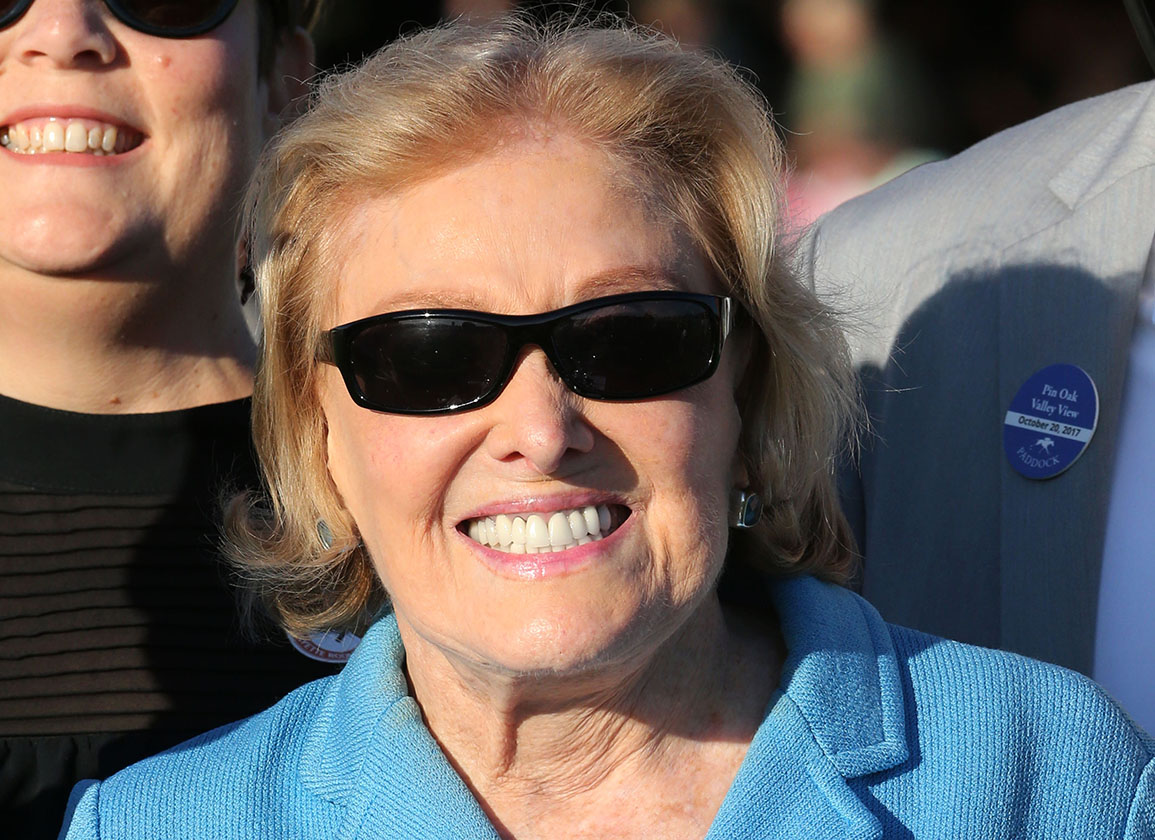 No matter what privileges or disadvantages we take into the starting gate, and no matter how many circuits we get to run, all of us ultimately pull up at the same finishing line. But it is not just that humbling reckoning, reached within days of each other, that united Billy Turner and Josephine Abercrombie. Their lives, though wildly contrasting, were animated by the same bond of vitality that sustains many who grieve them.

“Mrs. A.”, as she was known to those blessed by her friendship or patronage, embraced the extraordinary opportunities to which she was born with so commensurate an appetite that one might ask how anyone could have compressed so much into a mere 95 years. Besides her careers as horsewoman and breeder, she threw herself with equal gusto into walks of life as diverse as boxing, skiing, dancing and Broadway.

Nor did Mrs. A. measure her benedictions only in material terms, having so prolonged the fulfilment she found in Pin Oak that the stable was only dispersed a matter of weeks before her loss. That said, the fact is that she was never going to require a GoFundMe page to sustain her final days, as was poignantly the case for the 81-year-old trainer of Seattle Slew.

(Listen to this column as a podcast)

Affectionate tributes to the skill and charm of Billy Turner did not tiptoe around the corrosion of his prime by a struggle with alcoholism. But he would be very comfortable with that, given his own, hugely commendable candor in reflecting, in later years, on the demons that had accompanied him to one of the summits of Turf history. Turner was only 37 when a $17,500 Bold Reasoning colt came his way, and it's right that people understand why he appeared to receive such scant reward.

Before the Derby, many considered Seattle Slew insufficiently seasoned after just three sophomore starts. The habits of trainers today, however regrettable, make Turner appear to have been ahead of his time. But his true legacy was securing the male line of Bold Ruler, with all its old school virtues.

Like so many of our finest horsemen, Turner learned the ropes in steeplechasing. But in trying to keep his weight down, even as his height soared (by six inches in his 19th year alone), he yielded to temptations natural in a fraternity that rode so hard—and drank so much harder. Then, in soaking up the pressures of a Triple Crown campaign, he found the press equally willing to normalize excess at the bar. (Which charge I, for one, am certainly not going to refute). Those pressures, by the way, can be judged from Turner's pronouncement to a reporter while Slew was still a juvenile. “If he doesn't win the Triple Crown,” he said, “I haven't done my job.” 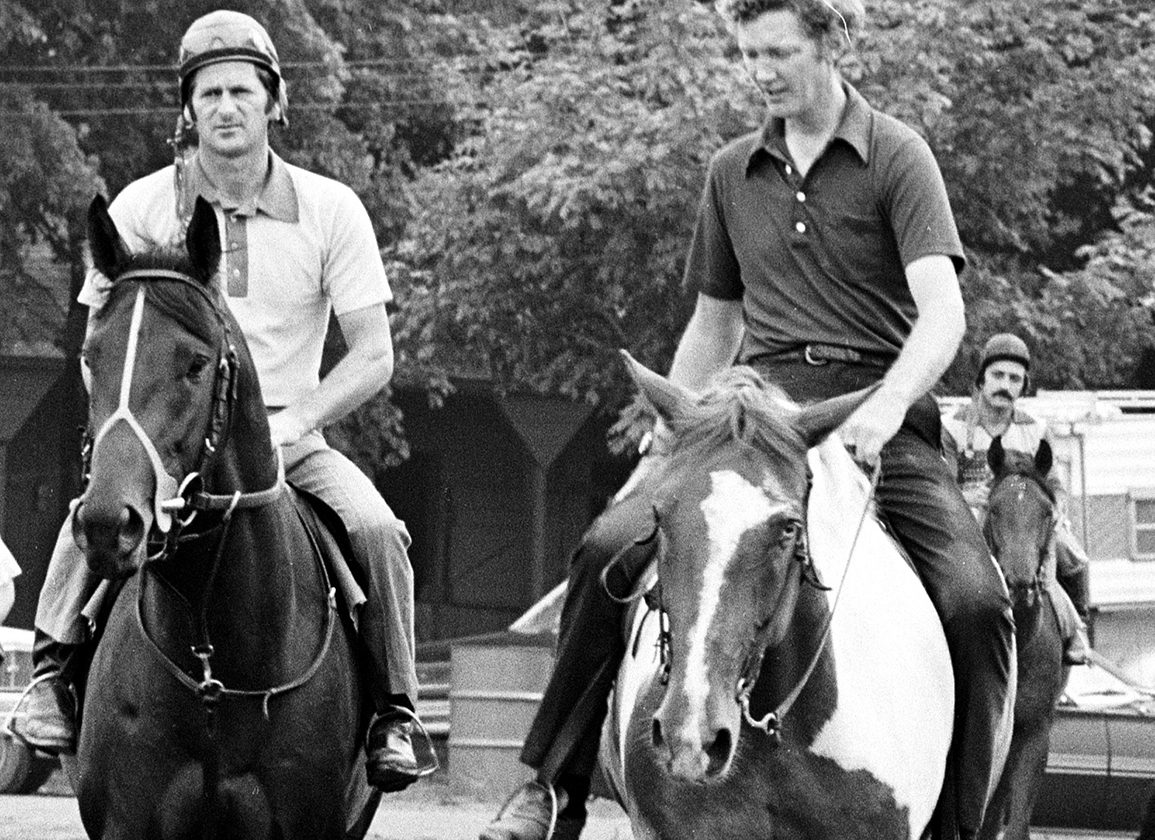 Doubtless the succor he found in drink contributed to Turner's notorious sacking by the owners of Seattle Slew; certainly it dragged him into desperate times thereafter. Much to his credit, however, he regrouped. If the home stretch brought fresh difficulties, in healthcare and its costs, it's edifying to know that Turner had overcome a still greater challenge, in his own life, than the one he met with Seattle Slew. By any measure, this was a man of accomplishment.

True, while renewing his personal stability, he could not fully reverse the professional odds that had steepened in the meantime. Even so, a Hall of Fame nomination should surely have been revived for Turner by the time he retired in 2016. Fully two decades after the glory days of Slew and Czaravich (Nijinsky), after all, he had supervised a 21-for-55 near-millionaire in Punch Line (Two Punch) plus a third Grade I winner in Gaviola.

The latter was by Cozzene, who also happened to sire the horse that first brought Mrs. A. to the attention of many of us Englishmen.

In 1993, Hasten To Add became subject of one of the great gambles in the long history of the Cesarewitch H.

“How far is this race?” asked Mrs. A., when Prescott introduced her to the project.

“Two and a quarter miles.”

“Gee, and how often do they pass the stands?”

“They don't,” Prescott replied. “It's a dogleg course, starting in Cambridgeshire and ending in Suffolk. And it's a handicap. The topweight concedes 28 lbs to some of the others.”

Prescott recalls a moment of silent incredulity at the other end of the phone.

“Really? And how many runners are there?”

On the day, when the cavalry emerged from the drizzle and mist, Hasten To Add was just in front. While apparently engaged in a desperate duel to the line, however, he was overhauled by two others on the other side of the track. But Mrs. A. avowed that for all the world she would not have missed an experience she condensed as “all those Dukes ['Dooks'] and Duchesses, standing in the rain looking at nothing…”

Mrs. A.'s immersion in the world of boxing confirmed her to be equal to any social milieu. On the Turf, of course, we take pride in the fact that nowhere else does High Life meet quite so comfortably with Low Life. To the young man I was then, that lent an exotic glamor to this Houston heiress, with her five husbands—and five divorces! But I'm not sure I quite understood, at the time, that Low Life fundamentally comprises a ruinous succession of low days; or that it can do, at least, with the kind of problems that had meanwhile withdrawn Billy Turner from the limelight filled so joyously by Mrs. A.

There's always been a seductive glamor to the Runyonesque margins of our sport, and I've seen good people succumb to it: smart, talented people deceived that flirting with addiction, whether to alcohol or betting or umpteen other temptations, would redeem them from the dread charge of dullness.

People who think this way are also tempted to suspect that the greatness of Seattle Slew, for instance, could only be drawn out by parallel flair. Either a double-edged sword, they say, or none at all.

Well, that's a pretty dangerous formula for living. Doug Peterson was just 26 when the owners transferred Seattle Slew to his barn from Turner. Though he secured the champ his Eclipse Award, as an older horse, Peterson would disappear from the racetrack barely a couple of years later, lost in a spiral of drugs and drink. Like Turner, he showed the resilience and character to embrace rehab; he edged his way back to the track, after stints as an entry clerk and in the gate crew, and in 1999 he saddled 40 winners from just 175 starters. But he was only 53 when he died, from an accidental overdose, in 2004.

All these different lives, rotating with the twists of fate like a kaleidoscope against the shining light of the racehorse. All these different legacies, too. From intimate, domestic ones we cannot know; to the kind of public benefaction that prompted Mrs. A. to found her school in Lexington. But if so many of our comforts prove shallow, or even downright perilous, then how wonderful that we can all share the immortality available through the medium of a Seattle Slew or Sky Classic.

With his famously eccentric libido, Seattle Slew's genetic bequest was a fragile one. Its rescue is one of many debts, by no means confined to such lessons in horsemanship, our community owes to John Williams. Lest we forget, we are blessed to have in our midst the most exemplary people. And little wonder, when they share devotion to the horse: this paragon of constancy, courage and beauty, so innocent of our avarice and addictions.

We may envy the worldly fortune of Mrs. A., and the wealth of experience it supported; but her loyalty is within the compass of the poorest among us. She brought Barry to the farm in 1984. Donnie Von Hemel trained for Pin Oak for 30 years, Graham Motion nearly as long, with Mike Stidham a novice at around 15 years. Before the dispersal, Barry told TDN: “She's about as competitive a person as you could come across, but there'd never be a finger pointed. It was always just, 'We got outrun today and we'll do better tomorrow.'”

That's a motto that would serve us all well—whether seeking the next Seattle Slew, or patching up some old claimer; whether drilling oilwells, or just seeking an oasis in a world full of dangerous mirages.