Home » Archive » Shared News » This Side Up: Run to Win, Not Win to Run

This Side Up: Run to Win, Not Win to Run 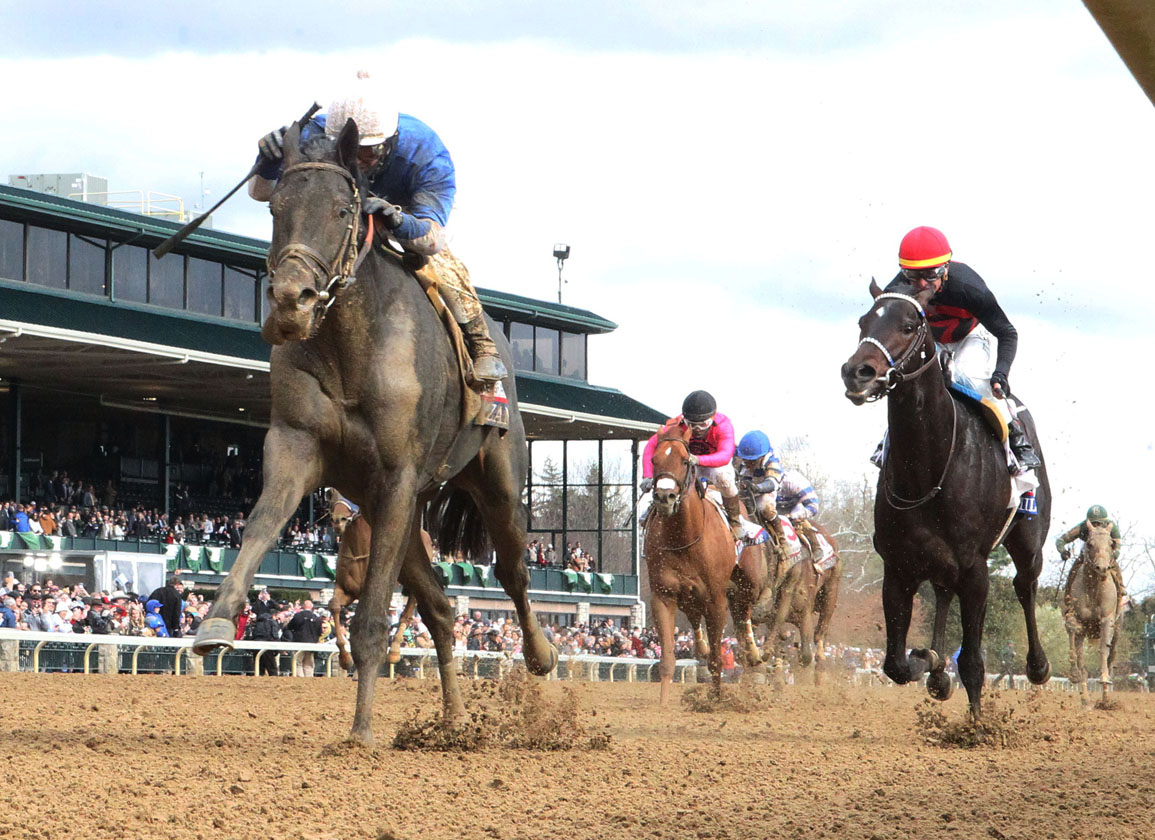 (Listen to this story by clicking the play button below.)

We live in a world where change is routinely mistaken for progress, draped in the cheap frills of “modernization”–a word that needs treating with extreme suspicion, implying as it does that any who challenge innovation are obstructing our species in some otherwise inexorable journey to fulfilment.

Nobody can sensibly deny that a great deal of change has indeed been for the better. Few who honor her memory at Keeneland on Saturday, I'm sure, would like to have been with Jenny Wiley in her pioneer cabin, that bloody day in 1789. But nor should we ever be vapidly impulsive in our stewardship of the Thoroughbred, that beautiful time capsule for generations of toil and reflection by stockmen whose lore has long faded from all other record.

In my homeland of England, they actually have ended up having to use heritage as a substitute for decent purses. Even in that environment, however, vigilance is constantly required against well-intentioned but crass unstitching of the pageant.

On both sides of the water, admittedly, we must tolerate such pragmatic change as will preserve what has become known as “the social license” to persist in our way of life, in an era when a largely urban world can grossly amplify its misapprehensions on social media.

That's a context we can't afford to neglect in any of the scandals, actual or perceived, that undermine our claims to scrupulous regard for equine welfare. At one end of the spectrum, you may this week have glimpsed some nightmarish images from the Quarter Horse world. Be in no doubt, however: we absolutely invite outsiders to place us on the same continuum even in what too many people in our community consider our marginal complicities–when indulging the alchemy apparently practised in certain barns, for instance, or arguably when harnessing ideological lobbies to litigate against meaningful regulation.

And I do feel that some of the decisions we make as breeders show inadequate consideration for the breed's long-term welfare. Everyone talks a good game about turf stallions, for instance, but they won't actually give them commercial oxygen. And the odds are stacked even against dirt stallions if perceived as “slow burners”, whether in terms of maturity or stamina.

With far too many horses brought into the world to walk, not run, I recently took the tragic cue of Get Stormy's loss to celebrate the exemplary approach of Crestwood, where the roster majors in competitive longevity, often combined with turf acceleration and/or an aristocratic maternal line. But the suspicion must be that a family farm, with relatively limited resources, can only have created this heroic niche in the Bluegrass because of market contempt for precisely those assets that would best sustain the breed.

Thankfully Crestwood is not alone in understanding how the viability of our sport depends on the physical competence of the model we hand over to the next generation. Few grasp this more ardently than Airdrie–where Divisidero, for instance, built five campaigns on a maternal line extending to Cosmah herself; and Preservationist, who pairs up the King Ranch icons Courtly Dee and Too Chic, must somehow get people to see past the fact that he was six when he broke two minutes in the GII Suburban.

That pair will need a lot of far-sighted support to emulate the breakout of their buddy Upstart, who–multiple Grade I-placed at two, three and four, and tracing to a Federico Tesio champion–has genuine prospects, with only his second crop, of a first Kentucky Derby-Oaks double since Native Dancer.

Whatever happens at Churchill, Upstart has done something pretty phenomenal just to put himself in this position as a $10,000 start-up. Remember this is the 50th anniversary of Airdrie's foundation; and also that Zandon's first three dams were all mated in support of resident stallions. Typically of this farm, moreover, the family traces to a great matriarch in Boudoir II (GB), whose foals included the dam of Flower Bowl, granddam of Majestic Prince and sire of Kelso. Any neutral whose Derby pick will be determined by a due sense of heritage and class, then, will have had goosebumps watching Zandon put it all together in his hometown trial last weekend.

Now it's true that Zandon has himself participated in radical change; in a process, indeed, that many trainers would doubtless hail as “modernization”. Having been so lightly campaigned, by the standards of the past, last week he needed things to go right just to reserve himself a Derby gate.

It's a world away from 1941, when Whirlaway (seven-for-16 at two) was beaten in a Blue Grass nine days before the Derby, and again in the Churchill Derby Trial five days later, only to convert that sharpening into an eight-length win in the first leg of his Triple Crown. On its nine-day turnaround the Blue Grass produced the Derby winner nine times in 14 runnings from 1959. In 1990, however, it was pushed back to three weeks before the Derby, and in 2015 to four. That leaves the GIII Stonestreet Lexington S. as the last chance saloon for those still needing gate points and, despite its relative proximity to the Derby, as the ultimate example of how trials have become treated principally as a means to get into the race, rather than actually to win it. 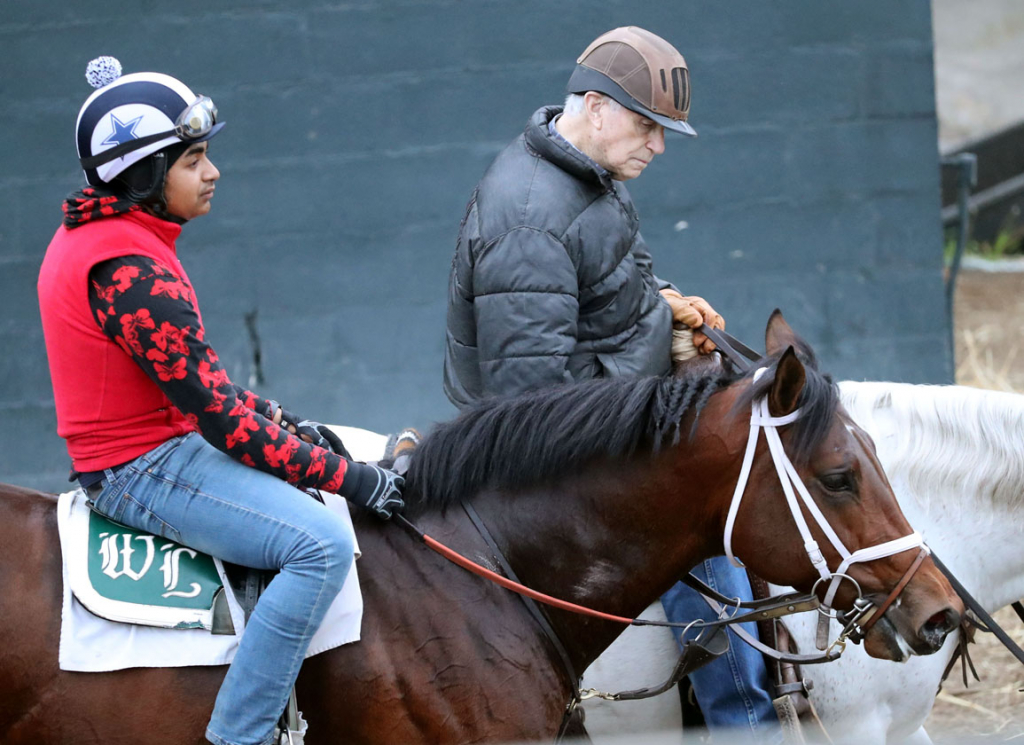 Except that maybe D. Wayne Lukas is trying to do both, in backing up Ethereal Road (Quality Road) a week after the Blue Grass–where patience seems finally to have been exhausted with his jockey, now replaced both here and on Secret Oath (Arrogate) in the Oaks.

Remember how Lukas brought a son of Summer Squall to this race in 1999, a couple of weeks after he'd made some late ground into fourth of eight as an outsider in the GI Santa Anita Derby? Charismatic had needed six attempts to win a maiden, and both his wins had come under a tag, but all that groundwork suddenly came together in the Lexington. And 13 days later he went into the Derby–with 12 more races under his belt than will Taiba (Gun Runner)!

The only rule, with Thoroughbreds, is that there are no rules. If Taiba can win off that prep, then I will have to acknowledge myself not just a traditionalist but a culpable reactionary. Actually, as we've indicated already, there is one immutable rule: that whatever we do with these horses, their welfare comes first. But if they are not being “proved”, the way they once were, then I don't know that anyone gains.

If trainers don't trust the resilience of the genetic material they're being given, then that's a poor reflection on the breeders of today. And equally it's no help to the breeders of tomorrow if stock perfectly equal to a tougher schedule never gets a chance to demonstrate those wares. So, no, not all change is good–any more than all change is bad.