Home » Archive » Shared News » This Side Up: Past Specters, Present Ghosts

This Side Up: Past Specters, Present Ghosts 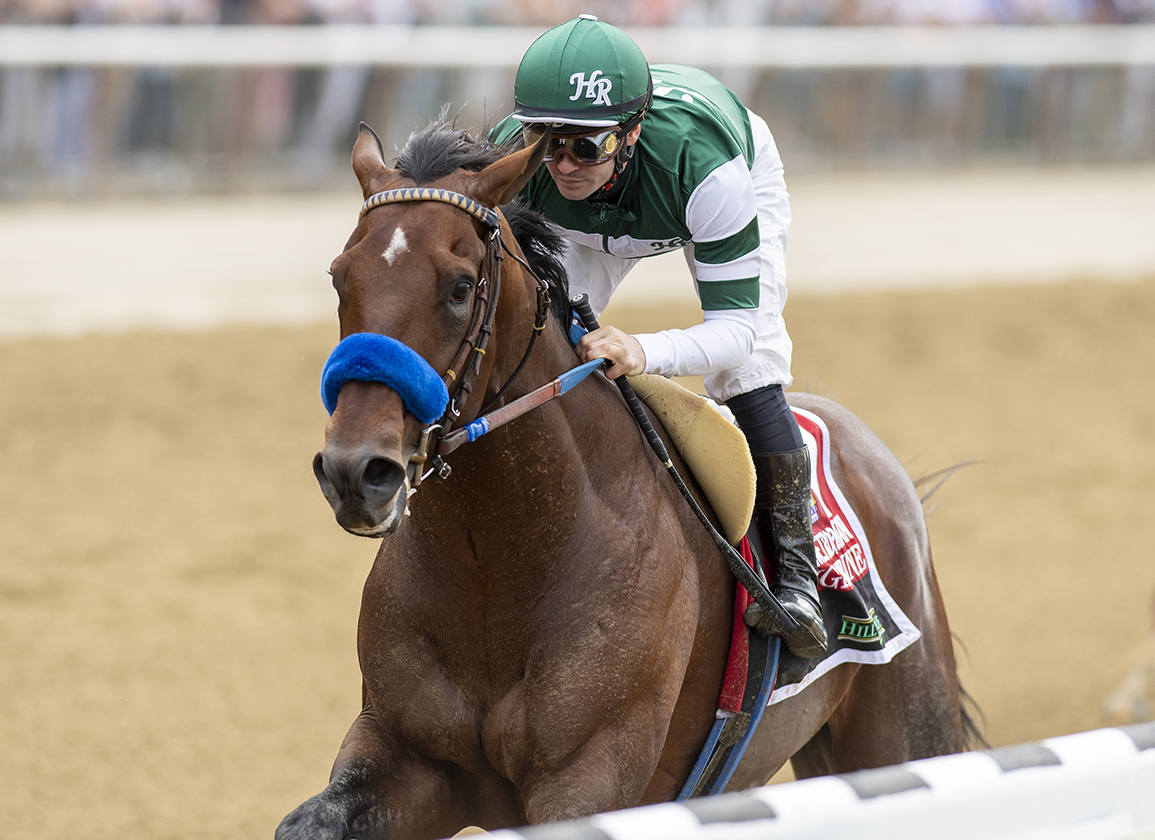 How poignant that, in this of all weeks, the two most breathtaking winners on Belmont day should both have prompted comparisons with Ghostzapper, whose GI Breeders' Cup Classic at Lone Star Park in 2004 was surely the greatest Thoroughbred performance ever on Texan soil. Because while the whole racing world came to Dallas that day, it appears that there will be no reciprocal embrace when it comes to the standards sought—not just federally, but internationally—to give American horseracing credibility in the contest for public engagement in the 21st Century.

It's precisely because some individual states, obdurately or cynically indifferent to the bigger picture, can prove so undeserving of their precious autonomy that we need to find a better way. As it is, one that has produced many great horsemen and women, not to mention a Triple Crown winner in Assault, is now menaced by strangulation as regulation. It feels like the political equivalent of some reckless sadomasochistic excess that turns into a tragic accident.

Anyway, to more cheerful subjects. Or maybe not, because while it's gratifying that the original, at 22, is still recycling his genetic prowess at Hill 'N Dale, the idea that we might have not one new Ghostzapper, but two, feels too far-fetched a coincidence given how rarely we are favored by so freakish a talent.

It's pretty clear what both Flightline (Tapit) and Jack Christopher (Munnings) have to do, if they are to sustain comparisons so far stimulated by the sheer exhilaration with which they've been dominating all comers. And that's eventually to stretch out the way Ghostzapper did, that day at Lone Star.

As things stand, there does at least appear to be a tantalizing possibility that they could end up doing so together, and in the same race as their great template. Until they do, however, it feels a little premature for that contentious adjective, “great”, to have been applied as liberally as it already has to Flightline, in particular.

There's no denying his extraordinary natural ability, and it's exciting that he's bred to be at least as good round a second turn. Thankfully we may be able to test that hope pretty soon, or as soon as will be allowed by a career schedule that promises to make him a poster boy for the notorious diffidence of modern horsemen, compared with their predecessors. You would think that a son of Tapit, with a second dam by Dynaformer, might be equal to more old-fashioned campaigning, but at least those influences will be squarely behind him once his stamina is examined.

(To listen to this article as a podcast, click the arrow below.)

From a European perspective, the rise of Flightline attests to a different way of measuring things over here. After clocking those monster Beyers in maiden and optional allowance sprints, no American horseplayer was surprised to see him separate himself from Grade I rivals with equal contempt—and he's now averaging 112 through four starts.

In a racing environment less beholden to the stopwatch, however, you might still hear one or two caveats that in the GI Met Mile he beat one horse that really needs 10 furlongs; another that put in a conspicuous backward step; and a pure sprinter. Nor would such a trifling loss of rhythm, in some light early traffic, be taken terribly seriously. On the other hand, nobody could fail to be dazzled that he could do this off a long lay-off, shipping for the first time, and at a new trip.

What should really sharpen European antennae, however, is the other “F”-word in the room. When it comes to greatness, no modern horse on the other side of the water has achieved more consensus than Frankel (GB) (Galileo {Ire}). So much so, that at the time it took some nerve to dare question the conservatism with which he was campaigned, beating up the same guys in the same discipline until his penultimate start, and never leaving his stall for a single night. While there were admittedly tragically extenuating circumstances, the fact is there had never been a time when his late trainer Sir Henry Cecil would have been comfortable about risking his champion's immaculate record in, say, the Breeders' Cup Classic or Arc.

An unbeaten record does tend to become a burden that stays the hand of adventure. Frankel was always being measured against specters of the past, but never went looking for trouble even against his contemporaries. It's wonderful that connections of Flightline are disposed to explore the range of his brilliance. But having relaunched him on the same day that the Kentucky Derby winner bombed out in the third leg of the Triple Crown, after spurning the second, let's hope they remember our collective mission—already mentioned, in a different context—of public engagement.

Flightline is proving one of those paragons that the bloodstock business needs to work out, just every so often, as a seven-figure yearling from a noble maternal line who is going to repay those stakes, big time, as a stallion. But potentially exposing his wares across no more than half a dozen starts wouldn't just short-change breeders of the future, who need evidence that he's a reliable vessel of the kind of toughness latent in his page. It also gives him little chance of reaching the kind of public so much more accessible in the era, for instance, of his 10-for-47 ancestress Lady Pitt (Sword Dancer). 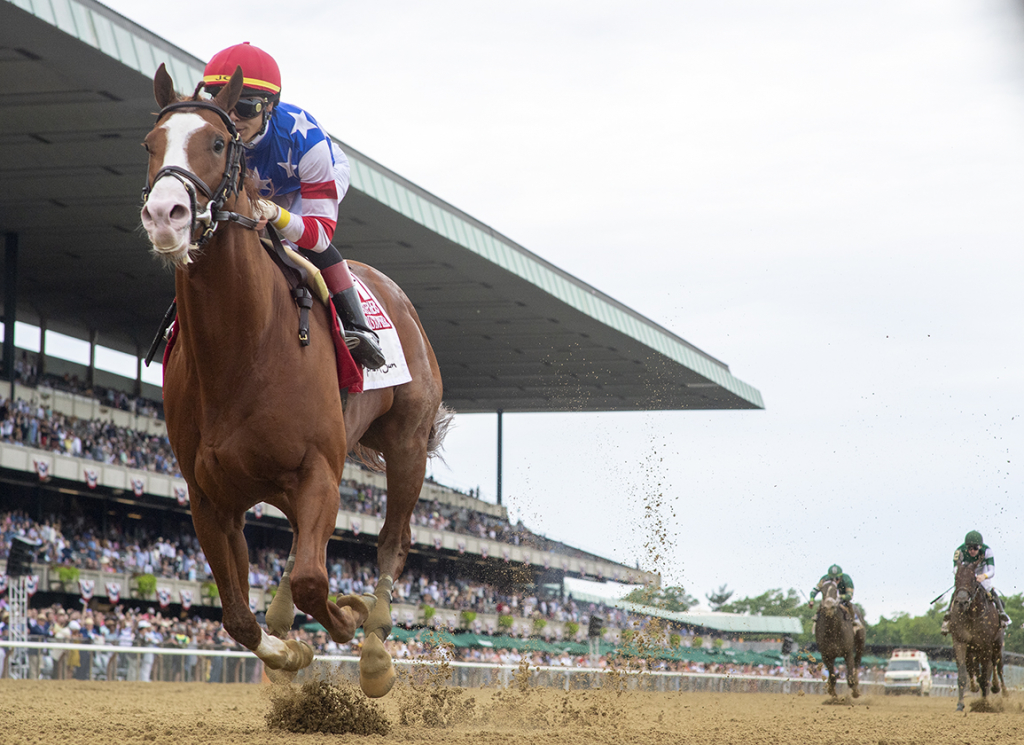 As for Jack Christopher, while we naturally respect Chad Brown's direct experience of Ghostzapper, you would think that Munnings is going to need quite a bit of help from the mare, if he is to get their son home in the Breeders' Cup Classic. Jack Christopher's dam is by Half Ours, hardly a stamina brand, and is also a half-sister to Street Boss, an unusually fast horse for a son of Street Cry (Ire).

Their mother, incidentally, was by Ogygian—and so contributes to the redemption of Damascus, as a distaff influence, after failing to establish a sire-line. Daughters of Damascus himself produced Red Ransom, Boundary and Coronado's Quest, plus the granddam of Maclean's Music. Among his “failed” sons, meanwhile, Bailjumper is damsire of Medaglia d'Oro; Accipiter gave us the second dam of Cairo Prince; and Ogygian, above all, has secured a lasting foothold as damsire of Johannesburg.
Johannesburg's son Scat Daddy, of course, managed to come up with a Triple Crown winner from a mare by none other than Ghostzapper. So we do know that the most brilliant horses can carry their speed farther on dirt than on paper.

Certainly Jack Christopher for now looks the most charismatic member of a crop that remains a long way short of resolving its hierarchy. Actually all it may take is for one barn to establish its own pecking order, and the rest may follow, with Jack Christopher on nodding terms with Zandon (Upstart) and Early Voting (Gun Runner).

Between Early Voting and Mo Donegal (Uncle Mo), the GII Wood Memorial has now furnished two Classic winners. If Mo Donegal could win the GI Travers, too, he would emulate Damascus as one of five horses to have won an “Empire State” Triple Crown of Wood, Belmont and Travers.

Damascus, to be fair, raced 16 times at three. He lost out by half a length in the Gotham in a tooth-and-nail duel with Dr. Fager, and came out six days later to win the Wood by half a dozen lengths. Okay, maybe we have to accept that most horsemen nowadays consider it unreasonable to campaign a modern racehorse the way Frank Whiteley Jr. did Damascus, who won from six furlongs to two miles. But if we cede that point, however reluctantly, then let's hope that some others in our industry can recognize the need for a more obviously wholesome form of modernization.

This story was posted in Shared News and tagged Chris McGrath column, Flightline, Frankel, Ghostzapper, HISA, Jack Christopher, Munnings, Texas, This Side Up.