Home » Archive » Shared News » This Side Up: Passport to Victory

This Side Up: Passport to Victory 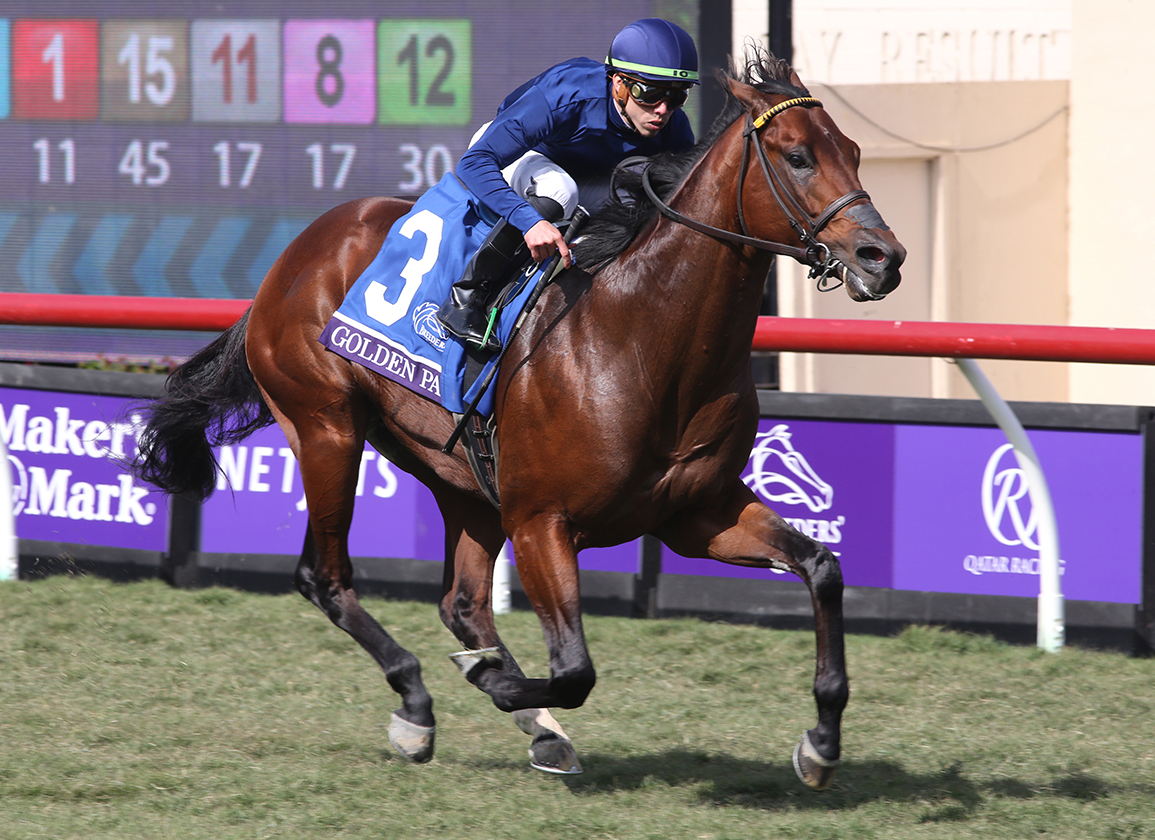 Heritage, as a substitute for internationally adequate prize money, is literally priceless to the nation that cradled the Thoroughbred. Nowhere is this more apparent than at Royal Ascot, where prestige and pageant will next week again draw not just global attention but also global participation. As a result, this most definitively English of occasions has in recent years become ever more cosmopolitan.

It's a pretty precarious arrangement for British racing, in that the economic model harnessed to its cultural assets-namely, an export market for yearlings and horses-in-training-threatens ultimately to erode the caliber of the product, and so may contain the seeds of its own demise. Because the one thing that keeps it viable is a reliable capacity to identify stallions, such that the Derby would arguably not lose a single runner if they were to run it for a rosette.

The ancillary, breeding-oriented economy that sustains the sport will be obviously be strongest if it can operate on a truly international scale. It's vital, then, that the Thoroughbred itself is allowed to demonstrate international functionality, through precisely the kind of adventure that is summoning horsemen to Ascot from the United States or Australia or Japan. Far too many horsemen and breeders, however, remain culpably insular. Year after year, European trainers fail to make a single dirt entry at the Breeders' Cup; year after year, the American yearling sales make it seem virtually impossible to stand a turf stallion in Kentucky.

We must count ourselves blessed, then, that perhaps the most influential commercial stud in history maintains a longer view. Right back to the days when the Maryland-bred sprinter Godswalk became a pioneer shuttler, from Ireland to Australia, Coolmore has always grasped the virtuous circle initiated by connecting different markets, racing environments and gene pools. This, indeed, was how John Magnier and his partners revolutionized European racing and breeding, importing speed-carrying capacity in sons of Northern Dancer; and also how Danehill became a patriarch in two hemispheres.

Sure enough, three horses in Coolmore's Ascot team-respectively flying in from Ireland, Australia and Kentucky-remind us how there can be no reward without risk; and how it's actually the boldest, most sporting strategies that contain most commercial potential.

(To listen to this story as a podcast, click the arrow below.)

Even Uncle Mo could be said to have advanced his reputation should he pair up the GI Belmont S., through Mo Donegal on Saturday, with the G1 King's Stand S. over five furlongs of turf just three days later. Admittedly Golden Pal has been beaten on both previous transatlantic starts, though I remember saying at the time that people need to be a bit less prescriptive about pedigrees when a raw colt by Uncle Mo can boss a field of precocious turf sprinters, on rain-softened ground, the way he did for all but the last couple of steps in the G2 Norfolk S. As such, it's intriguing that just about the only local runner given any hope against Golden Pal and the Australian flyer Nature Trail (Aus) (Nicconi {Aus}) is Man Of Promise, one of very few sons of Into Mischief to have been given a chance on grass in Europe. As so often, the stereotyping of Thoroughbreds tends to be self-fulfilling.

Another of Coolmore's Ascot globetrotters, Home Affairs (Aus) (I Am Invincible {Aus}), will contest the G1 Platinum Jubilee S. prior to becoming the most expensive stallion ever to start his career in the Hunter Valley. As a genetic package he combines the two great conduits of Danzig, extending the Green Desert sire-line with a mare by Danehill's son Flying Spur (Aus), whose third dam, the Canadian matriarch Fanfreluche, also happens to be the fifth dam of Home Affairs. Despite his name, then, this is a pedigree of many flags and, once again, the object of the Ascot exercise is to prove its universal efficacy.

But perhaps the most significant experiment of all concerns a filly trained at Coolmore's home stable of Ballydoyle. For as we prepare for this 154th running of the Belmont, the horse who completed his Triple Crown in the 150th has already laid down a most intriguing marker regarding his potential to transcend boundaries. Though Justify was famously unraced at two, his daughter Statuette will take all the beating in the G2 Albany S. judged on her brilliant debut at Navan in May.

Justify, as a specimen, has all the brawn and timber we prescribe for dirt, and obviously reached a historic pinnacle of that trade. Yet he was allocated the brilliant turf miler Immortal Verse (Ire) (Pivotal {GB}) in his debut book, proving that when Coolmore have resorted to extraneous influences, such as Deep Impact (Jpn) or War Front, they have not merely been casting about for a way to avoid saturation with Galileo (Ire) blood.

Magnier and his team have stayed ever faithful to the principles of “hybrid vigor” espoused by Bull Hancock. Justify's sire Scat Daddy gained his reputation as a turf stallion, remember, simply because they gave him an opportunity in the European theater. Much the same might be said of War Front, while it's fascinating to see how quickly American Pharoah has established an aptitude for turf-to the extent that I must repeat the wish that he could someday be given a season in Co. Tipperary.

Even Coolmore, of course, must sometimes respond to markets rather than shape them. Australian breeders, remarkably, can get to Justify for just Aus$55,000, exactly half what they will be asked to pay for Home Affairs. But that just shows how we can all share the trickledown; can all benefit from the gambles Magnier and friends are prepared to embrace with a breed already so fraught with uncertainty that many who avow “commercial” priorities actually display a chronic dread of risk.

Much of the recent debate about the Triple Crown schedule, for instance, has referred to trainers wishing to look after a horse's “best interests.” It seldom feels terribly clear when that expression denotes his physical wellbeing, as opposed to the reputation he needs to preserve for a stud career. But people need to remember that the best commercial dividends come from audacity. He who dares, wins. Who would still think the same of Justify, had he sat out the Preakness?

In testing the transferability of genetic prowess, everyone can be a winner. The bloodstock market, most obviously, will be bigger and more competitive if it trades a truly international breed. But the fans gain hugely, too, from seeing exotic raiders like Golden Pal and Home Affairs at Ascot.

First and foremost, unlike one or two of their biggest rivals over the years, it has always been imperative for Coolmore to function profitably. That has made the firm alert to opportunity. Veterinary advances, for instance, not only allowed the opening of new frontiers with shuttle sires, but also permitted the expansion of book sizes. But the Thoroughbred, as a commercial entity, is ultimately served best by having its capacity and versatility tested as boldly as possible. And that's something we will never do enough, so long as most horsemen-albeit thankfully not all-persist in viewing “opportunity” merely as “hazard.”