Home » Archive » Shared News » This Side Up: Old Stagers Keep Us to the Script

This Side Up: Old Stagers Keep Us to the Script 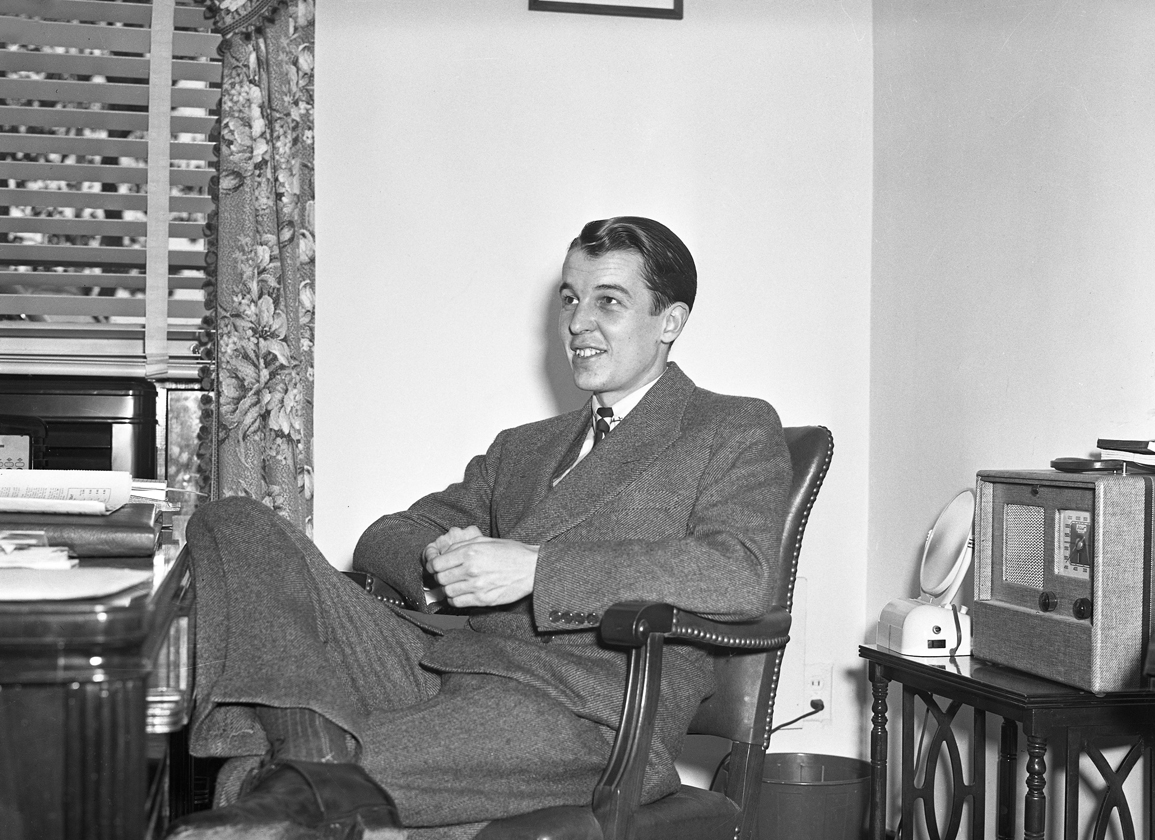 Though divided by a continent, the Grade I sprints on either coast Saturday have an evocative bond that opens a far less navigable gulf between the golden era they preserve, and our own drab times. For each honors an icon of American glamor in the last century–and if a day at Saratoga or Del Mar retains a certain magic, in 2021, then that's partly because we can almost still sense the smiling, shimmering presence of Alfred G. Vanderbilt and Bing Crosby, respectively.

The prestige and panache contributed by these gentlemen to the heyday of the Turf lingers even against popular inattention or distaste today. Obviously they rode very different trails to the social summit: one the scion of capitalist royalty, the other a son of a Spokane bookkeeper. But both shared a conviction that the heartbeat of the sport–in an era when it truly enjoyed mass appeal–was measured not so much in its bluebloods as among its blue-collar fans.

Crosby, as founding father, famously manned the turnstiles for Del Mar's opening day in 1937. And Vanderbilt, who took over Pimlico the following year, would sometimes plunge into the crowd incognito to sample their experience, and recount any dissatisfactions at the next board meeting.

Though unshaven and tieless, it's surprising nobody recognized him: “Say, don't I know you? You're Jimmy Stewart!” The resemblance, an enviable one of course, was quite uncanny. Stewart would seal his rise with The Philadelphia Story (1940), the screwball classic which burdens the 1956 musical remake, High Society, with a nearly insurmountable air of desecration. In this version the patrician sportsman C.K. Dexter Haven, originally played by Cary Grant, was awkwardly reprised by Crosby as a jazz composer. To be fair, a similar anomaly was even then being achieved just down the road, where the producer John Hammond–whose mother actually was a Vanderbilt–had helped to set up the Newport Jazz Festival. But if that was an exercise in bringing proletarian culture to the plutocrats, then the reverse challenge was being embraced by Vanderbilt and Crosby: how to achieve public engagement with the sporting rivalry of millionaires?

Both came up with a very similar answer. They recognized how the Thoroughbred, though the ultimate emblem of pedigree, could transcend class. And that was how both Vanderbilt and Crosby featured as impresarios in the saga of the Depression hero Seabiscuit.

Crosby's partner in Binglin Stable, Lindsay Howard, was the son of Seabiscuit's owner Charles S. Howard, himself a founding director of Del Mar alongside Crosby. In 1938, only its second year of operation, together they posted a $25,000 match between Seabiscuit and Binglin's Argentinian import Ligaroti. Crosby went into Hollywood overdrive and the place was packed out. A section of the clubhouse was roped off for those rooting for his horse, while Clark Gable and Spencer Tracey were among the hundreds brandishing pennants in the Binglin colors. In a finish of notorious rough riding, Seabiscuit won by a nose.

Del Mar had put itself on the map. But that, of course, was only the prelude to Seabiscuit's showdown with War Admiral at Pimlico that November. Vanderbilt had been lobbying the owners for months. He had, in fact, just married the niece of Charles Howard's second wife, Marcela, herself the sister of Lindsay Howard's wife Anita. (Lindsay and Anita divorced soon after–and she then married Vanderbilt's brother!) Vanderbilt landed the match of the century by chasing War Admiral's owner Samuel Riddle through Penn Station and preventing him from boarding his train until he had signed the contract.

But while both understood showmanship and spectacle, Vanderbilt and Crosby first and foremost trusted the inherent narrative power of the sport. It was just a case of improving access. At Pimlico, that meant a public address system, and leveling off the mound that gave Old Hilltop a nickname but deprived its patrons of a backstretch view. A starting gate was also introduced to promote wagering confidence.

At Del Mar, meanwhile, Crosby had hired an optical engineer from Paramount Pictures to inaugurate the photo-finish camera. And he persuaded NBC to broadcast a radio show from the track every Saturday, so that celebrities could say what a splendid time they were having.

Apt, then, that Vanderbilt should have raced the sport's poster boy for the television age, Native Dancer, who made the cover of Time in 1954. And likewise that Del Mar still bookends the day with Crosby, himself a breakout star of multimedia, singing “Where The Surf Meets The Turf.”

But their real legacy is example. Yes, we face heavy challenges. But don't forget that it was between Depression and war that Vanderbilt and Crosby went out and captured imaginations with the racehorse as a conduit of hope, or at least escapism, for ordinary people.

In its essentials, the game was much as it remains today: a contest of horses and horsemen in repeating, mesmerizing circles. They didn't try to gimmick it into something different. They just swung open the theater doors and turned on the footlights. So often deplored as too arcane for an urban, 21st Century audience, the Turf is actually hugely accessible–if only you provide that access.

Many of our problems now boil down simply to whether we have or not have a show we can display with pride. Cheating trainers, for instance, don't just cheat their honest rivals and imperil the noble agents of their corruption. They also validate a sense, in the world beyond, that our community has something to hide.

Conversely, our community's nearly universal devotion to the horse needs only to be seen to be understood and, very soon, to be shared. We have all, surely, seen friends outside our business become intrigued, once the door has been prised open to them.

Admittedly the sprint division doesn't quite offer the layman the kind of slower-burning drama that tends to unfold round a second turn, but there's no lack of character development. And that's especially precious at a time when Thoroughbreds tend to be sighted about as frequently as Halley's Comet, a trend plainly inimical to fan engagement. These, in contrast, are horses on whom you can really hang your hat. Whitmore (Pleasantly Perfect) and Firenze Fire (Poseidon's Warrior) bring to the Alfred G. Vanderbilt H. a joint record of 29 wins in 75 starts for a few cents short of $7 million. I love the fact that the reigning GI Breeders' Cup Sprint winner ran in the Derby won by Nyquist. Meanwhile the 7-year-old C Z Rocket (City Zip), who chased home Whitmore at Keeneland last fall, takes his 11-for-26 record into the Bing Crosby S.

Whitmore and C Z Rocket are geldings, of course, which is one obvious reason why both should have stuck around. Thoroughbreds may be born to run but nowadays that is seldom why they are conceived. So many of them are brought into the world for a purpose that is accomplished the moment they walk out of the sale ring, yet to feel a saddle on their back.

Unfortunately, that is pretty much how some racetrack operators view their own participation in our sport–as the bottom line in a page of numbers. Crosby and Vanderbilt both had their local loyalties, on either coast, but what would men of their time and stamp think to see the home of the Derby in the hands of what appears to be primarily a gaming corporation?

No doubt the accountants cashing in another of the sport's jewels, at Arlington Park, can only see demographic disaster coming down the tracks. As Crosby sings with Frank Sinatra, in High Society: “Have you heard, it's in the stars, next July we collide with Mars?” But if horseracing becomes merely an incidental adjunct to the soulless stimulations plied to casino addicts, then the only “match of the century” we'll ever know will be the one lighting the bonfire of our heritage.

Vanderbilt and Crosby, remember, were brilliant promoters precisely because they were communicating their own excitement, their own belief. So let's get out there, while we can, and tell everyone just “what a swellegant, elegant party this is!”