Home » Archive » Shared News » This Side Up: A Showcase for Horses Born to Run

This Side Up: A Showcase for Horses Born to Run 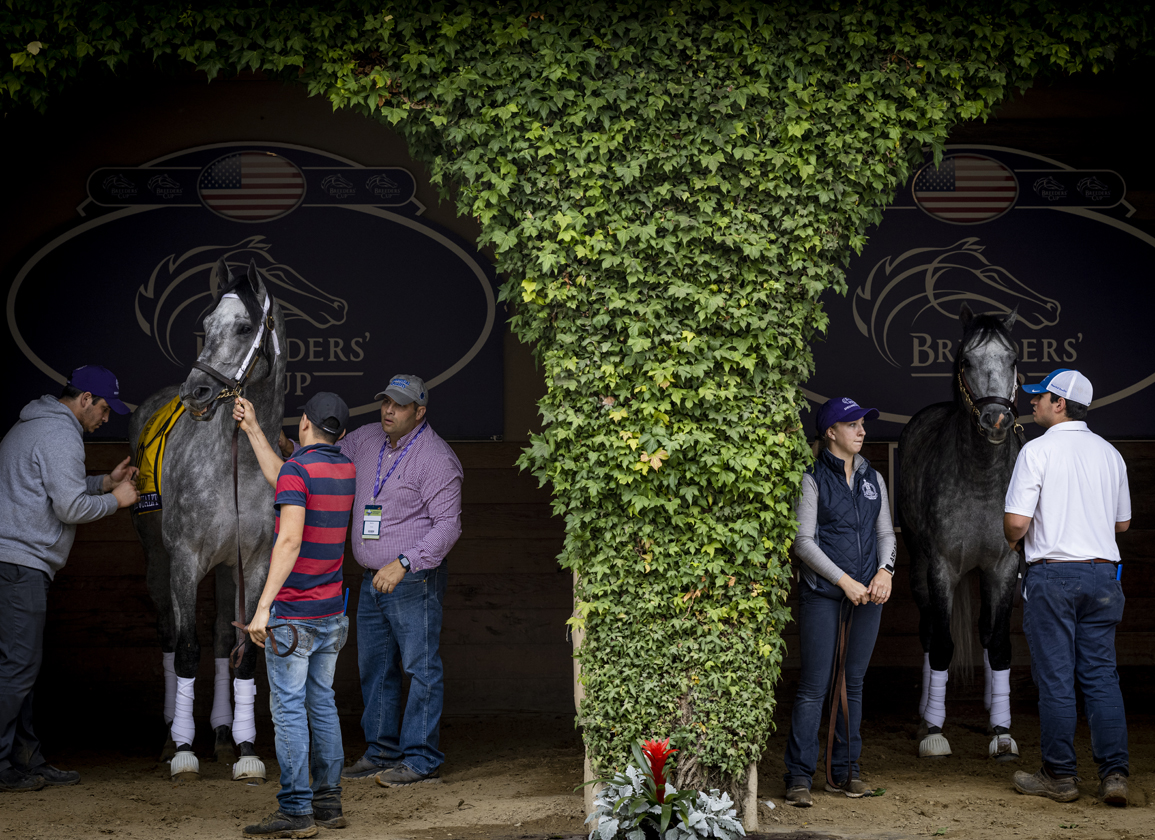 Now this, we can all agree, is just what a GI Longines Breeders' Cup Classic should look like. Three of the first four in the Derby, albeit not the one that may ultimately be credited as winner. And besides resolving the questions left open by that processional race at Churchill, they must also pick up the gauntlet thrown down by an older horse whose plain running style should leave no stone of merit unturned. A race, in other words, commensurate with the biggest prize of the American Turf, with the laurels of Horse of the Year very possibly on the line, too.

To connections of the nine involved, then, congratulations. Even in getting to the gate, you've basically achieved everything that drives the perennial investment of billions into the improvement and nurture of the breed. That being so, however, the composition of the field asks some pretty challenging questions of the bloodstock industry.

Sure, it can point to a functioning paradigm in Essential Quality: a son of the elite stallion Tapit, bred by the biggest investor in Turf history from the daughter of a mare bought for $3 million. But the rest of the field does not support perceived commercial values anything like so sturdily.

Favorite Knicks Go has brought Paynter back from brink, his current juveniles having graduated from a book of 34 covers in 2018, but he is still only $7,500–at which fee Hot Rod Charlie's sire Oxbow received just 28 mares this year. Medina Spirit, son of an even cheaper sire in Protonico, famously changed hands for $1,000 as a yearling. Max Player's sire Honor Code, shockingly, barely surpassed even Oxbow's book this spring despite also producing from his first crop the only colt ever to beat the 2021 Horse of the Year.

Art Collector is by one of the most precocious broodmare sires in history, but the yearling market had become so disenchanted with Bernardini that the last crop sold before his death, conceived at $85,000, achieved a median of $38,500. Tripoli is a dirt outlier for Kitten's Joy, whose lack of commercial recognition has long been symptomatic of the witless treatment of turf stallions in Kentucky. Stilleto Boy is by Shackleford, exiled to Korea last year. That leaves Express Train as the only runner, bar Essential Quality, by a stallion with any claim to making sense of the market's operation: Union Rags had a book of 164 last year, though it must be acknowledged that he presumably only maintained that traffic by having his fee halved to $30,000.

If this is our idea of a horse race, then, it vividly rebukes the familiar, dismal disjunction between sales ring and racetrack. Logically, there should be nothing more commercial than breeding winners. But most matings are planned with only one moment in mind: not post time for the Breeders' Cup Classic, but the fall of a gavel.

You can't blame commercial breeders, really. It's a tough business, and a lot of things can go wrong with these delicate young animals. The fault rests with those directing investment, the agents and advisors who would rather urge their wealthy patrons to buy a yearling by the latest unproven rookie than one by an Oxbow or a Paynter. 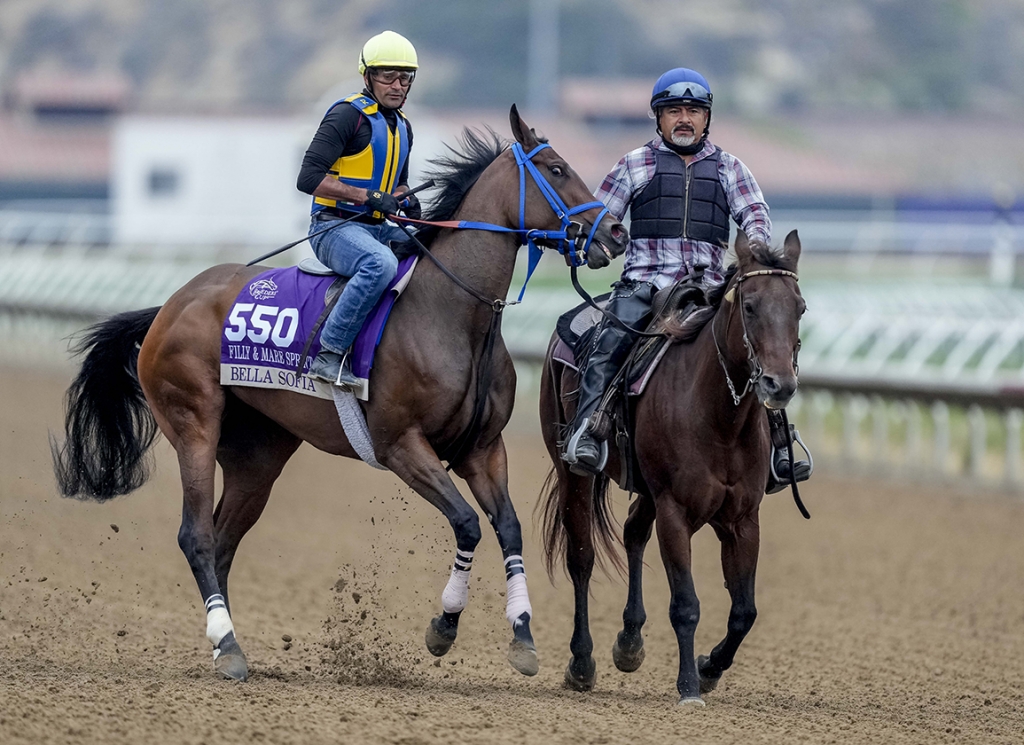 Oxbow and Paynter! If you want “run”, well, it runs in the family. These sires are both by Awesome Again out of daughters of the freakish Cee's Song (Seattle Song), also mother of the dual Breeders' Cup Classic winner Tiznow (plus two other Grade II winners) from her serial trysts with Cee's Tizzy. And don't forget that Oxbow's brother Awesome Patriot gave us Bella Sofia, the principal rival to Gamine (Into Mischief) in the GI Filly and Mare Sprint. So here we have three stallions from the same dynasty, all perceived as lacking commercial allure, all with Grade I winners eligible to win on the day that best measures the endeavors of a multi-billion-dollar industry.

Awesome Patriot admittedly earned his chance at stud sooner by pedigree than performance, but the same is true of Outflanker, the Maryland stalwart (by Danzig out of a half-sister to Weekend Surprise) who contested 10 maidens without success–and who surfaces as damsire of Knicks Go.

Bella Sofia was found for just $20,000 at OBS last summer. Knicks Go was co-bred by Sabrina Moore and her mother Angie when they had a total of three mares. And Hot Rod Charlie, as we've often celebrated, was the very last horse sold by the peerless Bill Landes of Hermitage Farm from the families cultivated by his late patron Edward A. Cox, Jr.

Having made just $17,000 as a short yearling, Hot Rod Charlie could not reward his shrewd pinhookers past $110,000 despite the subsequent rise of half-brother Mitole (Eskendereya). That's a measure of the commercial renunciation of Oxbow, but at least it allowed his son to fall within reach of a multi-generational partnership, united by ageless enthusiasm, including a bunch of Brown University football alumni headed by the nephew of trainer Doug O'Neill. Some of these boys live and work in San Diego and to bring “Chuck” to their local track, a year after his insolent 94-1 challenge to Essential Quality in the GI Juvenile, offers just the kind of tale our sport could do with telling the outside world right now. 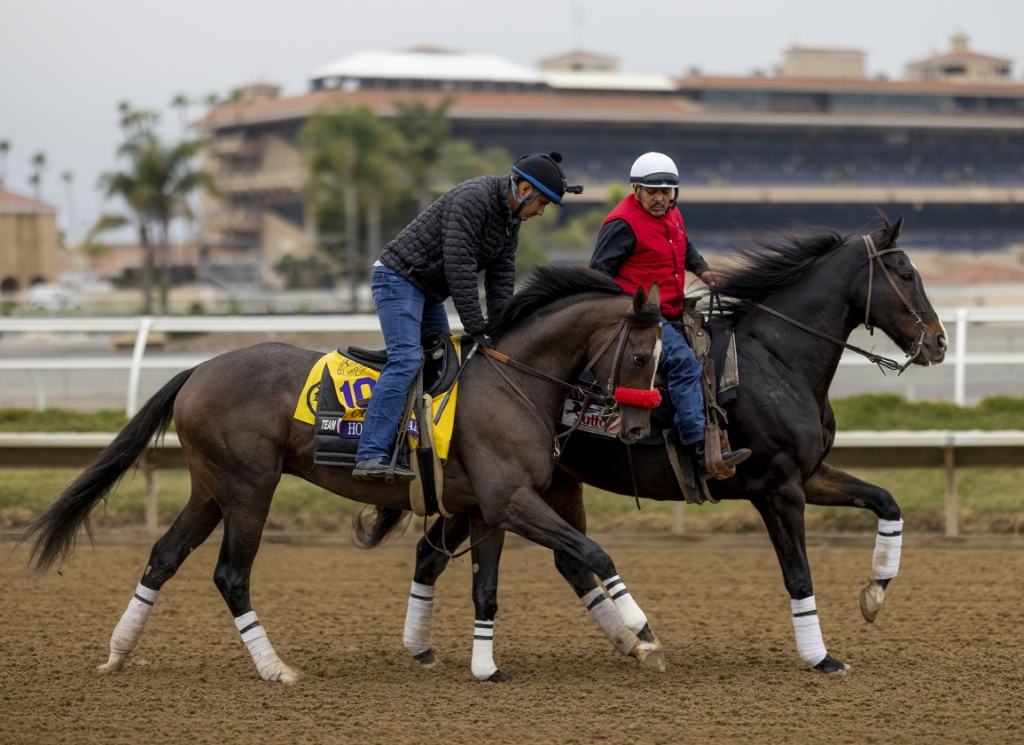 But success for Hot Rod Charlie would have no less redemptive potential within the business, too. Son of an exemplary speed-carrying scrapper, he is author of the fastest opening in GI Belmont S. history (and a half eclipsed only by Secretariat) while still locking horns so obstinately in the stretch that it was 11 lengths back to the Preakness winner in third. So bravo to Gainesway for investing in such granite. Apart from anything else, Tapit mares will be a fun match: Cee's Tizzy was by Relaunch, full-brother to Tapit's third dam.

Oxbow, for his part, had plenty of quantity in his early books but not so much quality. Sure, Calumet marches to its own drum, and a lot of commercial breeders will never fall in step. But at least this farm is setting a premium on those assets most eroded by the corner-cutting vices of our industry: constitution, durability, staying power. Because we need to start raising and racing horses that do not depend for their competitive ardor and longevity on medication, but on their genetic inheritance.

It's called the Breeders' Cup, remember. Not the Vendors' Cup. And its climax this year reminds us what we're supposed to be trying to breed. Milton famously ended a sonnet by observing: “They also serve who only stand and wait.” But that's all many horses today are bred to do: to stand on that dais and wait for board to light up. Okay, they have to walk nicely too. But run? A bonus, apparently.