Home » Archive » Shared News » This Side Up: A Coup d'Etat to Benefit Us All

This Side Up: A Coup d'Etat to Benefit Us All 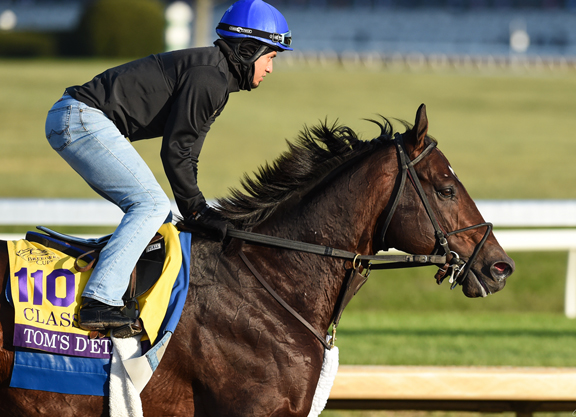 In these days of wilful division and reluctant separation, perhaps the wider world could for once learn something from our own community. For while our preoccupations may be frivolous, relative to such momentous challenges as the securing of democracy or public health, they do at least inculcate precisely the kind of calm forbearance most needed, right now, to quell the hysteria and despair infecting national wellbeing.

Even the Breeders' Cup, the game-changing innovation of the modern industry, is now into its 37th cycle. And if the differences in the experience this year could scarcely be less welcome, the host city and its racetrack have banked enough Turf history to absorb even the bleakest addition to precedent. If the stands loom emptily over the stretch, they still teem with the glad spectres of horsemen and women past–whose lore, whose length of perspective, has seeped into the Bluegrass generation by generation, as gradual as the dew laid through cold hours of darkness to offer a sparkling welcome to a new day.

Because we know that dawn will come. It will bring fresh challenges, no doubt, as well as fresh hope. But the sun will rise in the same place, to the same clatter of buckets, the same impatient nickering.

That's why there could be no more fitting winner of the American sport's richest prize than Tom's d'Etat (Smart Strike). Especially if he could be preceded to the winner's enclosure by Starship Jubilee (Indy Wind), or Whitmore (Pleasantly Perfect), or another from a handful of runners foaled in 2013. For these are living monuments to the shared resilience of the Thoroughbred and its custodians; and, whatever happens here, the light they have collectively shed on this gloomiest of years has already shown us how to keep the faith.

It is five years and one day since Whitmore won by seven lengths on debut at Churchill. Before discovering his true vocation as a sprinter, he proceeded to finish last in the GI Kentucky Derby. And some of those ahead of him, from winner Nyquist (Uncle Mo) to seventh Brody's Cause (Giant's Causeway) and 14th Outwork (Uncle Mo), were represented on Friday's juvenile program by first foals. 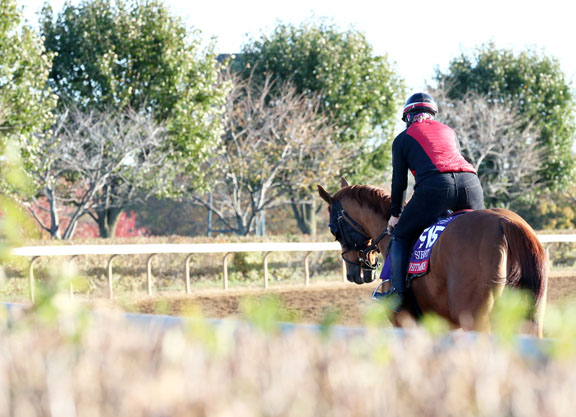 That's not an option available to Whitmore, whose castration means that Ron Moquett, having maintained his enthusiasm with such skill, may yet eke out a fifth start in the GI B.C. Sprint at Del Mar next year. Tom's d'Etat, however, will very soon discover just what he has been missing when he retires to WinStar–a farm with a remarkable stake in the GI Longines BC Classic.

Losing Pioneerof the Nile just as he was entering his pomp was all the more unfortunate given the ageing profile, at that point, of its other elite stallions. But WinStar is regenerating with purpose and, even while joining other farms in a series of pragmatic cuts for 2021, has been able to more than double Constitution's fee to $85,000. If his son Tiz the Law happens to win the Classic, then the guys at WinStar may be almost as pleased as Coolmore, who will someday be welcoming him to Ashford.

WinStar is further represented, moreover, by Improbable (City Zip) and Global Campaign (Curlin). Given the sad news this week about Sagamore Farm, his co-owners, it would be especially poignant if Global Campaign were to outrun his odds as I expect.

My pick, however, remains Tom's d'Etat–and not merely on grounds of sentiment. After stumbling out of the gate in the GI Whitney S., he was stuck behind petrified fractions (:25.12 and :49.74) and did well even to close for third to Improbable. Feeding off splits of :22.90 and :46.09 at Oaklawn in the spring, however, he had cut down the same rival decisively. That performance showed how well this horse operates off a break, and he has been duly freshened by a trainer who has been working back from this assignment all year. It was in a Grade II round here last fall, moreover, that Tom's d'Etat announced his belated coming of age: the only Keeneland stakes success in this field.

The one pity is that Al Stall, Jr., having been ungraciously cast as the villain when Blame (Arch) spoiled the immaculate record of Zenyatta (Street Cry {Ire}), would find himself saluted with even less acclaim this time round. Whatever happens, he deserves immense credit for so patiently bringing Tom's d'Etat to his full potential after just seven races across his first four years in training. 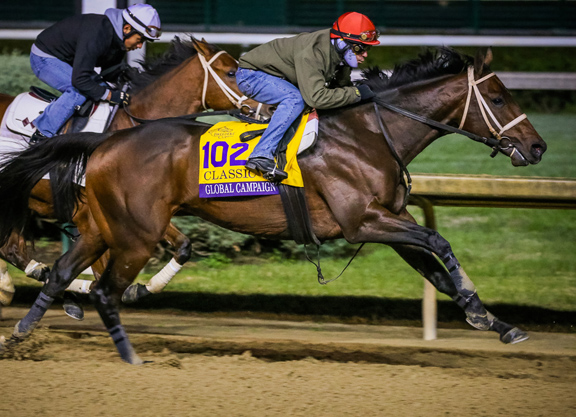 In fairness, the horse has become very sound with maturity and–from the final crop of a sire of sires, and with his second dam a sister to none other than Candy Ride (Arg)–looks an extremely attractive stud prospect. At WinStar, after all, he will be joining another stallion who has bucked the general trend by advancing his fee to $90,000 from $70,000. And Speightstown, who didn't retire until he was six, is now rising 23.

So patience, once again: our perennial watchword. Seven starts across four seasons will have encompassed an awful lot of mornings–rainy, sunny, foggy, snowy–when his manger has been filled, his bedding changed, with no gallop. And that's before we wind back to his pre-training, with Frank and Daphne Wooten; his preparation for the sales, just down the road from Keeneland at Hunter Valley Farm; never mind to the original drawing board of breeders SF Bloodstock.

Unlike Whitmore, Tom's d'Etat won't be racing into a third presidential term. But all these venerable animals reprove us that even the Classic racehorse is only an adolescent. A few years ago, researchers studied 274 American Thoroughbreds and established their average peak at 4.45 years.

Some benighted farms, no doubt, would be nervous of starting a stallion at eight. But since they tend to give up on most sires by the time they reach that age anyway, it's hard to see the rush. Far better, surely, to give them a chance to demonstrate the kind of genetic attributes we should want to replicate in the breed.

So patience, everybody. Go feed your horse. And keep hoping.