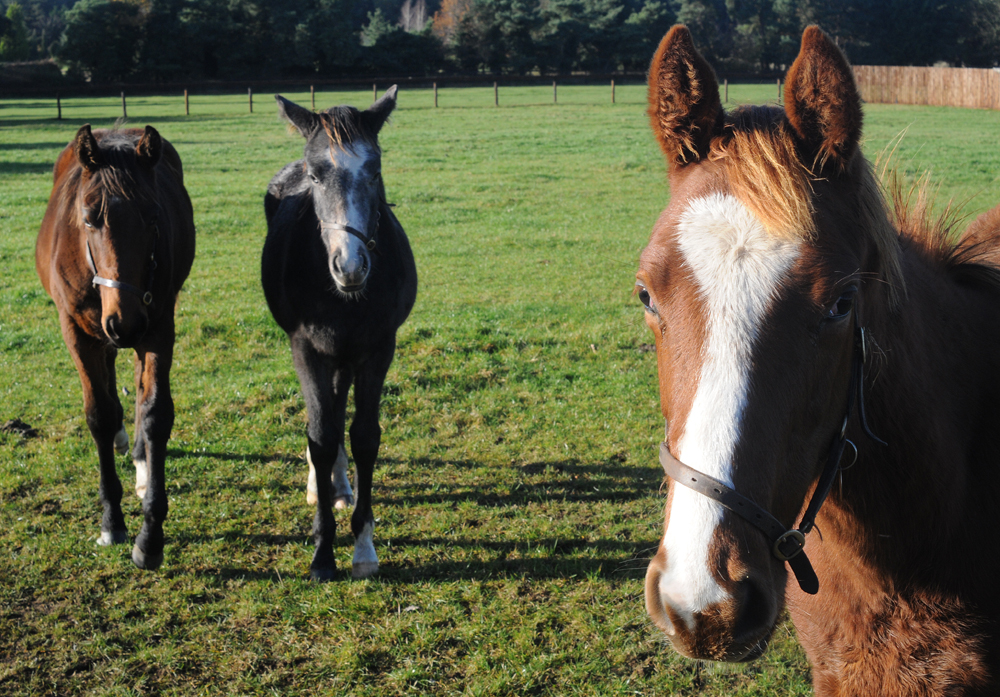 Never mind Christmas, as all good turfistes know, this truly is the most wonderful time of the year right now, as each bright new dawn brings us ever closer to Derby day.

The fact that this year's race looks pretty open with no solid favourite only heightens the intrigue of a race which could potentially provide the first British Classic winner for Frankel (GB), or even a debut Classic triumph for a 69-year-old trainer who sent out his first jumps winner in 1972 and, after a hiatus, only returned to the training ranks in 2014. A victory for Eminent (Ire) and Martyn Meade would fulfil both these criteria and return the Derby trophy to Newmarket for the seventh time since the turn of the century. Irish trainers have been particularly dominant of late, none more so than Aidan O'Brien, who has of course won all four British and Irish Classics so far this season with just two horses.

Pearling A Gem For Blue Diamond…

It was 10 years ago that Authorized (Ire) (Montjeu {Ire}) became the most visually impressive winner of the Derby since Shergar (GB) (Great Nephew {GB}), his five-length rout giving Frankie Dettori a first win in the race. That came a year after Araafa (Ire) (Mull Of Kintyre) got the better of George Washington (Ire) (Danehill) in the G1 Irish 2000 Guineas. Those twin Classic successes laid the bedrock for owners Saleh Al Homaizi and Imad Al Sagar to become significant owner-breeders in Europe following the purchase of two farms on the outskirts of Newmarket which would be united in the name of Blue Diamond Stud.

Under the guidance of racing and bloodstock manager Tony Nerses, an appealing broodmare band was assembled, the queen of which, for now at least, is Pearling (Storm Cat). As a sister to Giant's Causeway and You'resothrilling–each of whom continues to make significant marks on the breeding industry–and carrying to Galileo (Ire), it was no wonder that she cost 1.3 million guineas at Tattersalls in 2011. In delivering the stud its first homebred Group 1 winner, Decorated Knight (GB), who added to his Jebel Hatta victory with Sunday's Tattersalls Gold Cup triumph, Pearling has done her bit to repay this investment and, after a couple of luckless years at stud, is back in foal to Galileo.

Blue Diamond Stud also recently provided the first stakes winner for Bated Breath (GB) in Vik The Billy (GB), who won the Listed Premio Alessandro Perrone in Rome on May 21. The daughter of Epiphany (GB) (Zafonic) is from the family of another G1 Irish 2000 Guineas winner, Indian Haven (GB) (Indian Ridge {GB}), and his half-brother Count Dubois (GB) (Zafonic), who won at the top level in Italy when landing the Gran Criterium for William Haggas in 2000.

Linking these two horses is Roger Charlton, the trainer of both Decorated Knight and Bated Breath. His Beckhampton team is in rip-roaring form and, 27 years after he delivered the Derby trophy for Juddmonte in his first season of training with Quest For Fame (GB) (Rainbow Quest), Charlton has a decent chance to provide the same owner with success in the Oaks, not to mention a first Classic winner for Nathaniel (Ire), when he saddles Natavia (GB) at Epsom on Friday.

Permian (Ire) (Teofilo {Ire}), who was supplemented for Epsom yesterday along with last week's Cocked Hat S. winner Khalidi (GB) (High Chaparral {Ire}), remains the Derby pick in this camp for many reasons, not least that it would provide the chance for Teofilo to break the stranglehold of his sire Galileo (Ire) on this season's Classics.

There have been promising signs from another of Teofilo's sons of late, with the G1 Prix Jean Prat winner Havana Gold (GB) having made a decent start to his second career.

There are different ways in which to gauge a stallion's success–and when it comes to first-season sires these are dangerously early days to form any rigid opinions–but strike-rate remains an important indicator. Havana Gold, now in residence at Tweenhills Stud, is second in the freshman table by prize-money but has an eye-catching 37% strike-rate with four winners from his 11 runners to date. These include last Thursday's Listed National S. winner Havana Grey (GB), bred in partnership by Richard Kent and Lady Caroline Lonsdale, who, along with Saturday's decent Chester winner Headway (GB), has Royal Ascot on his agenda.

The racing interests of the high-spending organisation Phoenix Thoroughbred Limited made an inauspicious start on Saturday when recent breeze-up purchase Gotti (More Than Ready) played up in the stalls and had to be withdrawn ahead of his intended debut at Salisbury. The incident will doubtless have been frustrating for the outfit's newly-retained jockey Gerald Mosse, who will be travelling regularly from France to ride the Phoenix horses trained in Newmarket. In this role, Mosse's first call will be to Jeremy Noseda, but other trainers have been quick to secure the excellent Frenchman's services and, from seven rides in the UK over the last two weekends, Mosse has won three races, including two listed contests.

On Saturday, Gotti's antics had at least been compensated for in advance by Mosse's assertive ride aboard First Sitting (GB) (Dansili {GB}) when winning the Festival S. for Chris Wall. A chance meeting with Wall on Newmarket Heath a few mornings prior to that was a pleasant reminder of the fact that he is not only one of the most decent trainers in the town, but one who doesn't receive anywhere near his fair share of attention.

Among the various topics of discussion that morning was Wall's assertion that he likes the horses to tell him when they're ready to perform, rather than imposing his will on them. Bart Cummings's famous line about patience costing nothing is an attitude trainers are finding harder to adhere to in an age in which quicker returns are increasingly demanded and where, for some, horse trading has become as exciting as horse racing.

But sticking to his principles has reaped dividends for Wall when it comes to the still progressive 6-year-old First Sitting. We hear plenty about how David O'Meara improves horses–and he does–but this horse has improved 15lbs and counting since being bought by Wall from O'Meara's stable.

The Juddmonte-bred's first stakes win, coming on the back of Wall's success in the G3 Chartwell Fillies' S. with 4-year-old Mix And Mingle (GB) (Exceed And Excel {Aus}), is a reminder that so often good things come to those who wait. It may be a worn cliche, but when it comes to racehorses, it's a saying worth bearing in mind.

I've long been of the view that if you give a horse a bad name then it's your own fault if he turns out to be not very good. This opinion is echoed in the charming book A Guide To The Classics or How To Pick The Derby Winner, originally written in 1936 by Guy Griffith and Michael Oakeshott and recently republished with forewords by Sean Magee and Peter Oborne.

The introduction includes the following lines: “The Derby being a Classic race, it is felt that the winner must have at least a not quite undignified name, and from this feeling arises the doctrine of the winning name. Sansovino, Blenheim and Hyperion, for example, would be given a very good chance on this method of selection, and believers in this doctrine would at once rule out of consideration Sponge Bun or Cabbage Patch.”

There are thankfully no such horrors among the field for this year's Derby, this method doubtless meaning Eminent should be the hot favourite.

In an aside that will only appeal to children of the 1970s, as a devoted fan of The Magic Roundabout, I'm still yearning to buy a yearling by Zebedee (GB) simply for the naming possibilities. Boing is at the top of the list.

Richard Fahey was a brave man to name Brian The Snail (Ire) as he did, but presumably the trainer already knew that the grey Zebedee colt was anything but snail-like and he duly won his first two starts as a juvenile over five furlongs before being bought by Godolphin, for whom he won again this spring.

Godolphin also ended up with the unfortunately named Skanky Biscuit (GB)–there really is no excuse for not being able to find a good name for a colt by Peintre Celebre–and this is a hazard of buying a horse in training whose name can't be changed.

Fans of Black Adder will have enjoyed following Strangely Brown (Ire), who was given his title by his first trainer Stuart Williams. Not everyone was amused, however, and after he was sold on at the horses-in-training sale his new owners had their revenge by calling themselves the 'We Didn't Name Him Syndicate.'

My naming theory fell down somewhat in the result of the six-furlong handicap at Chantilly on Sunday when Hopeless (Fr) beat Victorious Champ (Fr), even if the margin of victory was only a short-head.