Home » Archive » Shared News » The Week in Review: USADA-HISA Must Settle Their Differences

The Week in Review: USADA-HISA Must Settle Their Differences 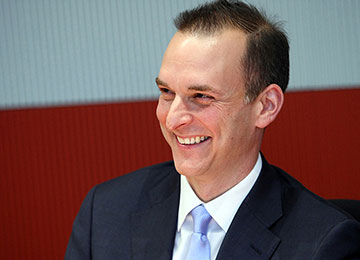 The announcement that came last week that the United States Anti-Doping Agency (USADA) has bowed out and will not become the enforcement agency for the Horseracing Integrity and Safety Authority couldn't have been worse news for the sport. It was a lump of coal in the stocking at Christmastime. Thanks to the passage of the Horseracing Integrity and Safety Act (HISA) racing finally seemed ready to clean up a game where cheating trainers and the use of performance-enhancing drugs is a serious problem. USADA was not only the best choice to take over the policing of the sport. It was the only choice. There is no one else.

With USADA's announcement, HISA is in shambles and picking up the pieces will be a daunting, if not impossible, task. USADA's involvement was the reason so many people were so enthusiastic about HISA's passage. USADA and its CEO Travis Tygart are the gold standard when it comes to anti-doping and they get results. Just ask Lance Armstrong. While it's true that HISA covers other areas and issues, none seem that important at the moment. This was always about bringing in USADA and letting them accomplish what the sport is incapable of doing on its own.

The Horseracing Integrity and Safety Authority, the group overseeing the implementation of HISA, said, in a press release last week, that it is evaluating options for engagement with other leading independent enforcement agencies. I suppose that's what they had to say, but the statement does not address the realities of the predicament they are in. The statement indicates they will simply move on to Plan B. Except there is no Plan B, no alternative to USADA. And if they somehow do come up with another agency to handle drug testing and enforcement, it's not going to be an entity that has anywhere near the bona fides that USADA does.

There's only one way to solve this mess, and that's a reconciliation between USADA and the Authority.

In their respective press releases, neither USDA nor the Authority gave any indication as to what exactly was the problem that caused a divorce before the two were officially married.

“After months of negotiations, we have been unable to enter an agreement in line with the requirements of the Act, and one which would have given us a reasonable chance to put in place a credible and effective program,” Tygart said in USADA's statement, not exactly answering any of the questions so many now have.

The most likely reasons USADA and the Authority could not come to terms?

It could be about money. It was never going to be cheap to have USADA come in and provide the manpower and expertise needed to police an entire sport, one that has far more competitors and moving parts than even the Olympics. And it was never made clear where the money to pay for USADA was supposed to come from. Tygart might have asked for more than the Authority was willing to pay.

There may have also been a disagreement regarding rules and regulations, what USADA could and could not do. It's easy to see Tygart walking away if there were roadblocks put in his way that he could not accept.

Or it could be something else.

Whatever the reason may have been, Authority Chairman Charles Scheeler and his crew and Tygart and his team need to lock themselves in a room with the understanding that no one can come out until they have reached an agreement that will bring USADA back into the fold. That may mean that it will be the Authority that has to blink first, that it will have to find a way to give Taggart whatever it is that he is looking for. Horse racing needs USADA a lot more than USADA needs racing.

Maybe the relationship between the two is beyond repair and nothing can be done to salvage it, but racing has to try. The alternative is that everything goes back to the status quo and that, without USADA, the bad guys continue to run amok. HISA, without USADA's involvement, becomes so irrelevant that the act might as well be repealed. That depressing possibility should be considered unacceptable by the Authority, The Jockey Club and everyone else who has been trying so hard to bring meaningful change to a sport that needs just that.

There has to be a way. Make it happen.