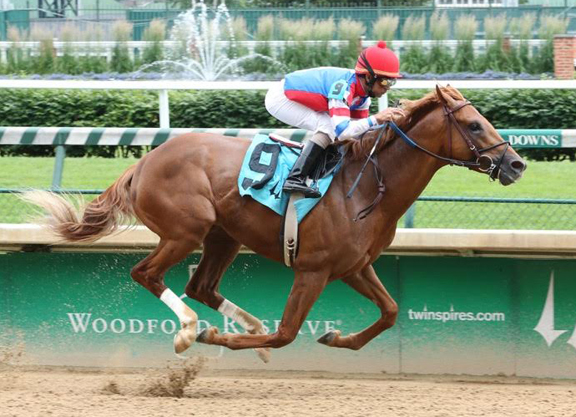 Carl Hurst and “Buff” Bradley’s The Player (Street Hero) underwent extensive surgery Monday at the Louisiana State University Farm and Large Animal Veterinary Services clinic and emerged from the procedure in fine condition, owner/trainer Bradley reported on Facebook Monday night. The 5-year-old chestnut, who has become a fan-favorite in recent years due to his unique temperament, fractured two sesamoids in his right front during the running of Saturday’s GII New Orleans H. at the Fair Grounds and was quickly pulled up by jockey Calvin Borel.

“Great news so far,” Bradley wrote after a day spent at the Baton Rouge facility. “Surgery went well and they have put a plate and 16 screws in his leg. This took well over seven hours and getting up took another few hours (I did tell the vet he will stay down as long as he could). Dr. McCauley and his staff at LSU have done a wonderful job in a complicated surgery.”

The Player won over fans with his tendency to sit upright in his stall as a 3-year-old in 2016–a year which saw him run second in the GII Indiana Derby in his stakes debut. A strong 2017 campaign saw him breakthrough with a win in the GII Hagyard Fayette S. at Keeneland last autumn, and the homebred added a second graded success to his resume with a score in the GIII Mineshaft H. Feb. 17. The Player led the New Orleans through a half-mile in :48.18 before backing away and sustaining the injury.

“I am a bit emotional after seeing him stand on his own and bearing weight on all four legs and then walking to his stall,” Bradley continued Monday. “Now we have to hope for no infections and that no laminitis sets in. Keep praying (it’s working), as he still has a long way to go.”

Bradley noted that The Player displayed his usual fondness for peppermints and said he will pay his stable star a subsequent visit Tuesday.