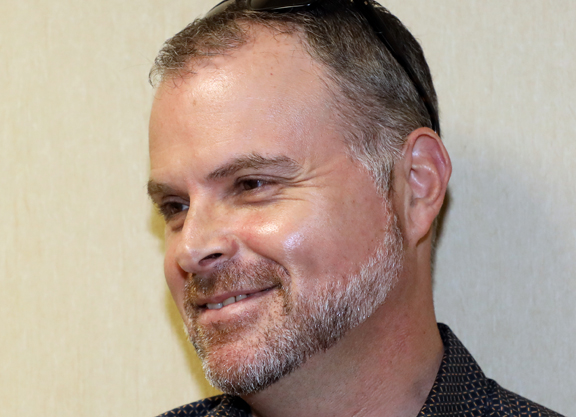 Chris McGrath's Value Sires series in the TDN has frequently touched on the difficulty in selling nominations to stallions in their third year at stud, as well as to solid, established stallions standing for a moderate fee. We asked stallion managers and nominations teams as well as bloodstock agents what changes could be made, if any, to help the situation.

I think there appears to be nearly unlimited demand for viable first-crop stallions. From what I hear, farms look at between 300 to 400 applications for any stallion that's really worth the money that first year based on the commercial market.

The question is how to sustain that in years two, three, and four. It seems to me that there are certain “recession-type” horses, sons of intensely popular stallions like Curlin, Into Mischief, and Tapit, that can maintain their demand in years three and four. When people can't get into those big-name stallions, they can use their sons. So those types of stallions can sustain themselves through those years.

But for the other stallions, horses that are still worth the money, there is a massive drop-off. I think the solution, in terms of the free market, is to massively drop the price. In other words, if a horse stands for $20,000 in his first season, drop him to $10,000 to $7,500 in years three and four. Some will argue that the people in years one and two paid a lot more, but they paid for a different product.

Many people have woven The Jockey Club book cap into their response, and I think that's an important factor. The idea of limiting book size obviously changes the market dramatically. I have very mixed feelings on this because, while I think it's a great idea in that it's good for the breed and good for the industry, we are in a free market. As a stallion owner, I don't love the idea of someone telling me how many mares my stallion can breed. So if we could all come to some common agreement, that would probably be better than changing the rules.

If you play along with the free market, slashing prices in years three and four could really move the needle up in terms of the number of mares bred. It might even produce a whole new way of looking at it. People might start targeting third- and fourth-year stallions knowing that the price will be a lot lower and taking a gamble. If those 2-year-olds come out and run, they're really going to hit the jackpot.

If I like a certain bottle of wine but the price is too high, I probably wouldn't buy it too often. But if the price were to slash, I would buy a lot of it. So I think that's true for everyone for a lot of things, including stallion seasons. If a horse is worth $20,000 in year one and you're struggling in later years, why not slash the price and see what happens? This will force the market to pay attention.
There needs to be some incentive to breeders for these year three and four horses instead of asking breeders to pay the same price in years three and four when the real advantage is in years one and two.

If it were me, I would probably underprice these horses instead of aggressively pricing them. That way, you really get to pick the mares and make some better decisions. Some of these first-crop weanlings and yearlings are showing up at the sales with not two blank dams, but three. That's probably not great for the stallion. Of course, a good horse can come from anywhere, as we've seen many times. But in terms of trying to establish a stallion, you want to get the biggest and best book that you can.

In terms of the moderately priced, proven stallions, I don't think there are many of them left. As a guy that buys a lot of stallions for export, I see horses that should be able to attract a big book of mares but they can't. As an industry, we don't have nearly as many breed to race breeders as we have had in the past.

When I first started, there were a lot of people that bred to race. I had one partner who would breed 10 to 15 mares a year to race, and I just don't think people do that anymore. Because of that, it has so dramatically changed the product that's out there. There used to be a larger pool of horses that went into training for everyone involved, whether for people that bred to race or bred to sell. That has changed dramatically.

I think it's tougher for those types of stallions to muster large books because there aren't enough people out there breeding to race. Because of that, the moderate-priced, proven stallion is becoming a unicorn.

One other point: there is also a decline in the number of stallions who are syndicated. I think if you own a share, you are far more likely to make sure that season is used because you actually have an ownership interest.