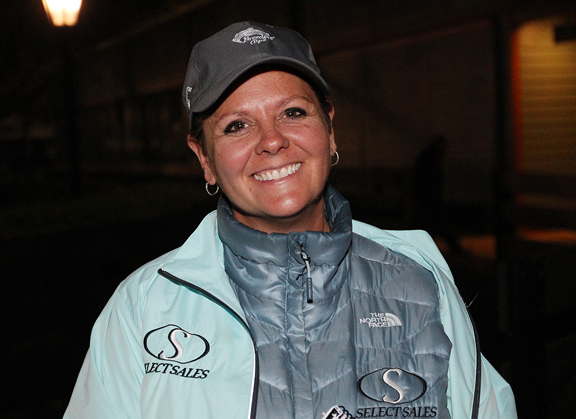 I sell a lot of seasons and I book a lot of mares. To me, and I have said it before, what has changed the support for the third- and fourth-year stallions is the giant book size.

Stallions are breeding 200 to 250 mares each, and they are never full. I mean, let’s be honest. For the farms that have limitless books, you can call the stallion sales department the morning that your mare needs to be bred and they will have a spot open for one of the four times he breeds that day. Your mare will get a contract within 30 minutes.

Years ago, a book of 170 was “outrageous,” and now I have calls from stallion farms telling me their stallion needs mares because he only has 140 on his books.

Humans, by nature, will choose the path of least resistance, meaning the first years or proven sires. In years past, I had to tell our clients and our office that our first choices in stallions were all full so now we need to look for plan B stallions.

Another thing that fascinates me is the allure of the unproven first-year stallion. For example, this past year at the Saratoga Sale, Select Sales had eight horses in the consignment. The only yearling we had by a first-year stallion (who was a beautiful yearling!), outsold three Into Mischiefs, a Malibu Moon, a Bernardini, and a Street Sense in the same consignment. All of these are incredibly accomplished, proven stallions, most of which are booked full for 2020.

I find that this happens on a regular basis as a consignor, so it rewards the breeders who have spent less on a first-year stallion and it really pulls down the demand for the $150,000-$250,000 stud fees. Candidly, it would not shock me if the City Of Light weanlings end up selling as well as the Quality Road weanlings in November this year. That is a lot less stud fee to risk as a breeder.

The greatest thing about first-year sires is that no one has had a bad one yet. Once these stallions have runners, even if trainers and owners only have one “bad” horse from the sire, they will balk at buying another one. The numbers truthfully say that most of the horses are “bad” even though only the very top sires produce even 8% stakes winners.

Even with this year’s incredible crop of first 3-year-olds with Constitution, Palace Malice, American Pharoah, Tapiture, Liam’s Map, etc., I would not look for the first-year trend to change.

And now what is astonishing is that they are sucking a lot of the top mares from proven stallions. It has been fascinating for me to watch, and this question inspired me to look at our own foaling mares in the Machmer Hall broodmare band.

I looked at our numbers for the foaling mares: 34 expecting first years, 48 expecting proven stallions, and 10 expecting “bubble” stallion babies. We try to have a mix of proven along with stallions that we believe in.

In 2009, when we went to book the mare Life Happened, we were bumped off Bernstein at the last minute. So I called around to several of the farms and all of the “hot” sires were full and I was turned away. There was a new stallion by Harlan’s Holiday that was not getting much support standing at Spendthrift, and he had the afternoon spot open. We liked him because he was fast but on the smaller side, and our mare was a big mare. An hour before she need to be covered, we booked to Into Mischief, who only bred 61 mares his first year. That mating was Vyjack, a multiple graded stakes-winning millionaire.

I cannot honestly say that if the same scenario occurred now, 10 years later, and I could be the 243rd mare bred by the “hot” stallion, that I would be savvy/strong enough to take the gamble. To me, that is what has changed and why we need capped books.