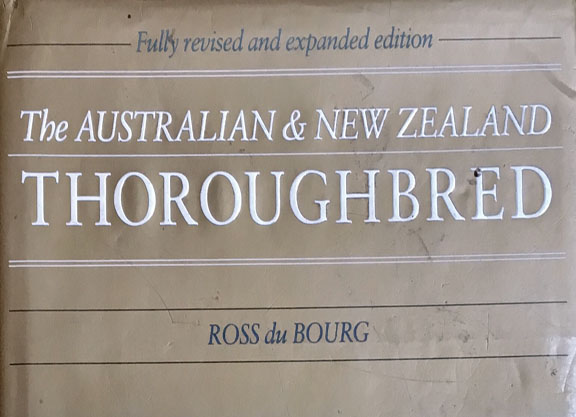 There have been a handful of events through history which could trigger a sentence ending “… and nothing was ever the same again.” The emergence of a previously unknown virus in Wuhan in the final quarter of 2019 might end up being in this list. One which is already there, alongside German soldiers marching into Poland on September 3, 1939, is Danehill starting to cover mares at Arrowfield in September 1990. Stallions were, admittedly, already being shuttled to the antipodes by then. Pretendre had got the ball rolling in the early 1970s, and Godswalk began to get some momentum going in the mid-1980s. But Danehill really turned the Australian stallion business on its head, changing the landscape utterly. Henceforth, the antipodean sires' ranks would no longer be filled solely with colonial horses plus imports who had been deemed surplus to requirements in the northern hemisphere.

The late Ross du Bourg could not have known it at the time, but it turned out that when he initially wrote The Australian & New Zealand Thoroughbred in 1980 and then made the final additions and revisions in 1991, he was creating a perfect time-capsule for an era in the bloodstock world which was about to end and is now lost forever. This lengthy book would be worth reading merely for the beautifully written and fact-packed biographies of the great horses of those days alone. However, it is much more than that. It is history book, encyclopaedia, text book and memoir all rolled into one. It is a treasure trove and, crucially, it is a labour of love.

The author's love of the sport and admiration of the horses shine brightly from every single page. The magic ingredient which elevates this book into the ranks of true classics is passion. It doesn't merely inform (and it informs to a greater degree than just about any other book I have ever read) but, even more than that, it inspires. If you are ever in danger of losing sight of the fact that we live and breathe within the greatest game in the world, let Ross du Bourg take you by the hand and lead you through the looking glass into the magic land where Star Kingdom, Wilkes, Better Boy and Showdown were kings. This is a book which I will never tire of re-reading.