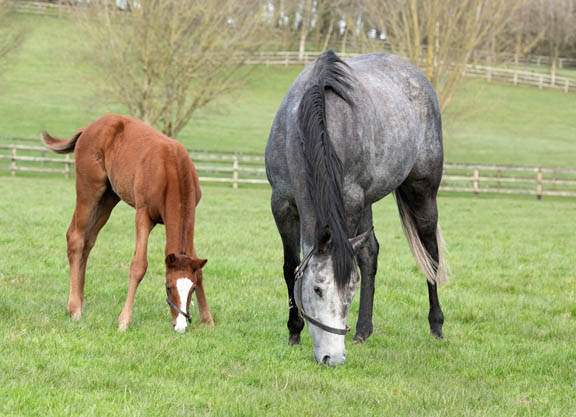 The Curragh announced that the Niarchos Family will sponsor the Aug. 22 G2 Debutante S. to acknowledge the racing career of Niarchos homebred Alpha Centauri (Ire) (Mastercraftsman {Ire}), who was named Cartier champion 3-year-old filly and Irish Horse of the Year in 2018. During her racing career, she won six of 10 starts, including the G1 Tattersalls Irish 1000 Guineas, G1 Coronation S., G1 Falmouth S. and G1 Prix du Haras de Fresnay-le-Buffard.

“The Niarchos family are synonymous with racing at the Curragh with their name associated with numerous high-quality winners over many years,” Evan Arkwright, Racing and Sponsorship Manager, The Curragh commented. “We are delighted that they have agreed to honour Alpha Centauri by adding her name to a race that consistently attracts the very best juvenile fillies.”

In 2019, the Jessica Harrington-trained Alpine Star (Ire) (Sea The Moon {Ger}), a half-sister to Alpha Centauri, also owned and bred by the Niarchos family, won under Shane Foley before going on to a Group 1 success in the 2020 G1 Coronation S. She was the highest-rated 3yo filly in the Longines World Rankings over one mile in 2020.

Maria Niarchos-Gouazé said, “Racing in Ireland has been very good to my family and we are pleased to be able to support the Curragh through the sponsorship of such a prestigious race that has been won by many brilliant fillies, including Alpine Star.”

Alpha Centauri, who retired from racing in 2018, produced a colt by Galileo last season.