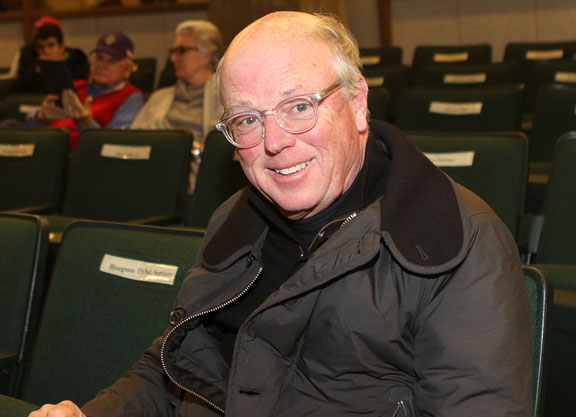 Tessa Dole, the mother of Kentucky horseman John Stuart and an accomplished horsewoman in her own right, passed away Thursday in Richmond, Virginia. She was 90 years old.

Born in May 1928, Dole emigrated to this the United States from Buxton, England, when she was 19 as a show horse rider, according to her son. She taught riding for a year at Foxcroft School in Middleburg, VA, then became a horse administrator for 10 years at Liz Whitney Tippett’s Llangollen Farm in Upperville, VA, in the 1950s.

With her husband Richard, Tessa Dole relocated to Versailles, KY, in the early 1980s and founded the Woodford Hounds with the assistance of Dr. Charlie Walker. Richard Dole was the joint master of that organization.

“She was a really, really neat lady and so much fun to hunt with in the field,” said consignor James Keogh, who first met Dole in 1993. “She had a real aptitude and understanding of hounds and horses. She was a great encourager to a lot of young people that she brought along as future fox hunters. She was a very good horsewoman, she had a very good eye for horses. She would always finish up in the right place at the right time and I always found that amazing.”

Tessa Dole is survived by her sons John and Andy. Funeral arrangements are pending.