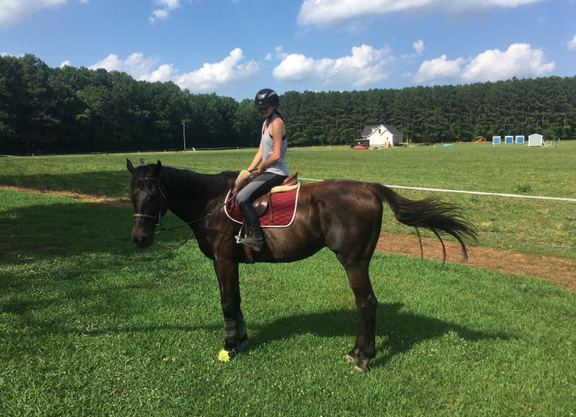 In horse racing, conventional wisdom has always been that there's no way to save every horse that comes off the racetrack, that there's not enough money to do so, that there are too many unscrupulous people that will send them to slaughter and that the problem is so big the only thing that can be done is to plug a few holes here and there.

Mike Ballezi, the executive director of the Pennsylvania Thoroughbred Horsemen's Association (PTHA), wasn't buying it. About 10 years ago, when the New York Times wrote a series of articles attacking racing and addressing the problem of horse slaughter, Ballezi decided that he would find a way to protect every last horse that raced at the track then known as Philadelphia Park.

Not only has he basically achieved his goal, he says, “To be honest with you, this wasn't even that hard.”

The program became known as Turning For Home and last month it celebrated its 10th anniversary. As of last week, 2,392 horses that were racing at Parx have gone through the program and found homes over its 10 year existence. Ballezi and the PTHA have done what was supposed to be impossible. They have found a way to virtually guarantee that any horse no longer capable of racing at Parx will be taken care of and will never find its way to a slaughter house. Parx also has a zero tolerance policy towards horsemen sending a horse to slaughter or to a slaughter auction; and they will have their backstretch privileges revoked and will be denied entry to race.

“It's probably the finest thing I have done in my career and I've done a lot of good things for this racetrack,” he said. “Saving these animals, there's nothing like it.”

Ballezi realized the biggest impediment to saving horses coming off the racetrack is money, but he figured out a way to fund Turning For Home that wouldn't alienate his members. With slots having been approved for the Pennsylvania racetracks, there would be an influx of money and he understood it needed to be spent for more than just purses.

With purses increasing dramatically at Parx, the PTHA arranged for a new way of distributing them. Prior to slots, only the first five finishers picked up checks. Now, every horse that races receives at least $250. Thirty dollars of those earnings are taken out to fund Turning For Home, and the owner still comes out ahead. While the $30 per starter is the main funding mechanism for Turning For Home, contributions also come in from the PTHA, Parx management, the jockeys and the Pennsylvania breeders. Turning for Home's annual budget is about $500,000.

That's enough money to get a lot of things done.

The program was originally run by Barbara Luna, but she left five years ago and Danielle Montgomery took over. The Parx horsemen know that if they no longer believe a horse can make it on the racetrack, they can simply go to Montgomery. Problem solved. They don't turn anyone down.

After a horse is surrendered and its papers are sent to The Jockey Club to be stamped “Retired from Racing,” Montgomery and Turning For Home vets evaluate a horse and decide where to place it. Turning For Home does not have its own facility. Rather, it has 15 partner farms where it sends horse to rehab and be retrained. Until arrangements are made to send a horse to one of the farms, it remains on the racetrack with its trainer. The average wait time before a horse is shipped out is less than 14 days.

“Mike is great,” Montgomery said. “We come across some horses that really need a lot of help and vets are concerned about the horse. Mike has never told me no. If the vet says the horse needs surgery and then a lot of time but will be adoptable once everything is done, we will take care of it.”

Occasionally, the vets conclude that the horse needs to be put down. Montgomery said that less than 3% of the horses who come into the program are euthanized.

Each farm is paid a one-time fee of $1,500 for taking in a horse and also gets to keep whatever fees it receives from selling a horse to an outside party. Montgomery makes sure that each farm gets a proper mixture of horses that are easily adoptable and can bring in a profit for the farm and horses whose problems are more serious and will require plenty of time before they find a new home. That way, the $1,500 stipend is neither a windfall for the farm nor too little for them to be able to care for the horses that come in from Parx.

Once a horse arrives at the partner farm, the first steps are rehab and retraining. Then, a serious effort begins to find an adopter. Turning For Home has pictures and thumbnail sketches on its website for all available horses and also makes good use of social media. Horses also find homes through word of mouth, from people who have adopted a horse from a particular farm and let friends know there are others there ready to be brought to new homes.

Montgomery finds that if enough time is given to a retiree and someone is willing to step up and pay for whatever surgeries or other ver treatment they may need, almost all will recover to the point where they can have a second career.

“I promised Danielle when I hired her that she would never have to worry about money,” Ballezi said. “The thing that kills these other rescue organizations is money. The money is my headache. Our guys pay $30 a start and that is significant. But they do it because they believe in the program. Since we have the money, we have to do our best to save these horses. We will euthanize them, but only if they have to be put down. If the vet says this horse deserves a shot, but it needs surgery, we will give it a shot. With the vets we work with, when they say “he has a shot,” I I find it's more than that, that there is a real chance the horse will be okay. I trust their opinions.”

Turning For Home horses have gone on to just about anything a horse can do when it comes to a second career. There have been hunter/jumpers, barrel racers, working ranch horses, mounted police horses, polo horses, endurance horses–even horses used in jousting events.

Occasionally, the system doesn't work perfectly. While Turning For Home does its best to keep track of the whereabouts of every horse that comes through its program and works only with reputable farms, some original adopters will move a horse on to someone else. That's when a horse can fall through the cracks and wind up at a “killer sale.” Turning For Home has people looking out for their horses at these sales and pays whatever it takes to retain the horse and get it back into the program. Montgomery said only 14 Turning For Home horses over the last five years have been found at sales like the one in New Holland, Pennsylvania.

Ballezi said he has never heard an owner complain about having the $30 taken out of their winnings. That's because he's built a system people trust and understand is doing very important work that not only saves horses, but keeps Parx racing safe from the sort of negative publicity that could be devastating.

“What we give people is peace of mind, and that's a big deal,” Ballezi said. “It's a big deal for the owners and trainers to know that their horses will be taken care of after their racing careers are done and to know they will go to a safe place. Here, they don't have to worry about slaughter.”