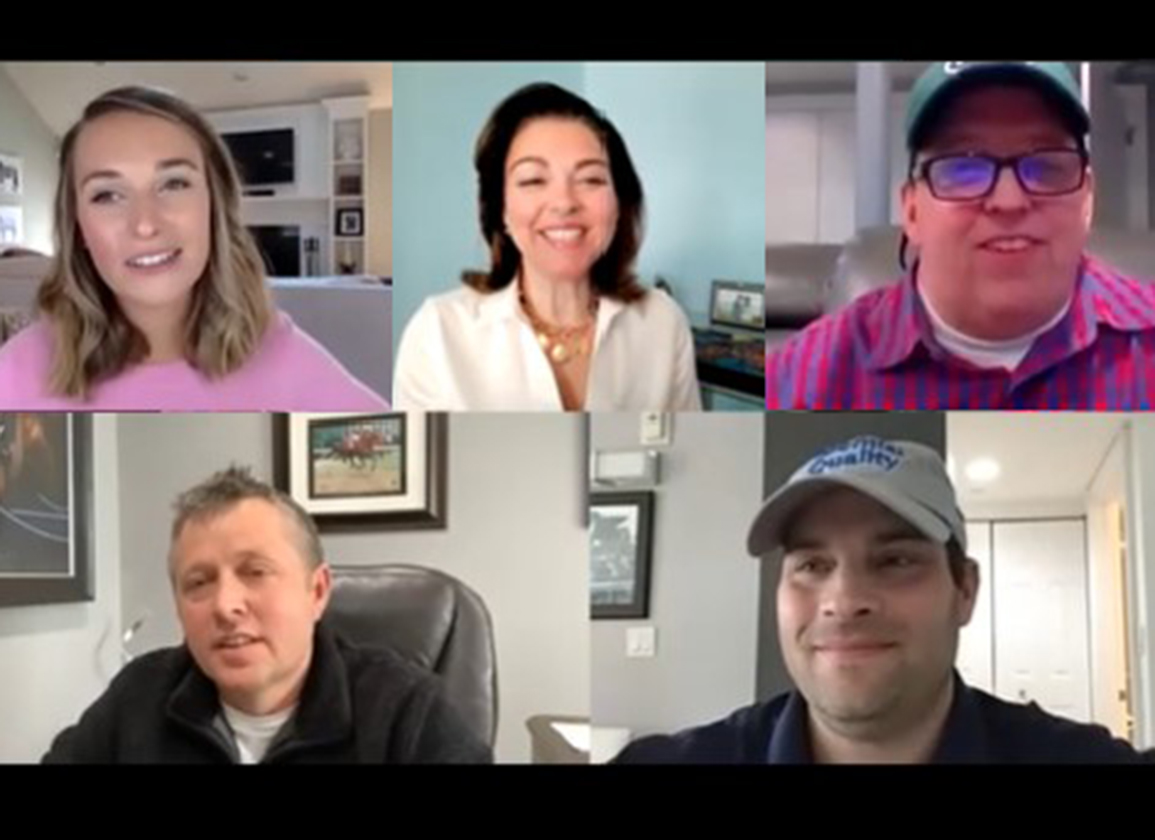 The TDN's 'Let's Talk'–a podcast series featuring TDN's Christina Bossinakis and TVG's on-air analyst Gabby Gaudet, offers candid discussion on personal, and sometimes sensitive, topics that are often uncomfortable for many to speak about in an open forum.

The latest edition presents a trio of successful trainers–New York's David Donk, Ron Moquett, who is principally based at Oaklawn Park and Churchill Downs and Kentucky horseman Brad Cox, who was honored with his second Eclipse Award as the nation's leading trainer at the awards ceremony held at Santa Anita Park Thursday.

It can be argued that trainers are the lightning rods of the racing industry. All too often they find themselves at the epicenter of a media storm, be it for a tremendous run of success or conversely, for a misstep. However, whether it is drawing accolades or condemnation, trainers all too often are the figures that attract the collective eye of the industry, sometimes to the detriment of the overall health of the sport.

“I think there's a lot of negativity around the game and if we want to draw new people in, we should probably try to kill it with the negativity, if we could, and promote the game,” said Cox.

Not helping the issue, the federal indictments handed down to an uncomfortably long list of trainers and veterinarians for the sale and use of performance-enhancing drugs also made the topic of doping a hot-button issue. And all levels of horsemen and women have felt the ripple effect stemming from those censures.

“They've painted this picture that everyone out there is trying to cheat and I just don't believe that,” added Cox. “I know what goes on in our barn. I think most barns are clean. I mean there are cameras in barns. There weren't cameras in barns 20, 25, 30 years ago.”

Also lighting up the headlines recently, a number of trainers continue to face the harsh reality of owners failing or delaying payment of their bills, resulting in a trickle-down effect that seeps into many other areas of the industry. While stable size and quality of stock may vary greatly between operations, the great equalizer for all is the necessity for trainers to ensure they receive proper compensation for their services.

“I'm in New York, I don't have the best horses. I have a lot of New York-breds, a lot of small-time owners. I don't have anyone that goes to the sales and spends a lot of money. But when I get someone new, I just tell them, I'm adamant about one thing…that I get paid on time,” explained Donk.

In truth, contemporary trainers have to wear many hats to succeed in the current century, having to master a variety of areas, including horsemanship, business and client relations. However, despite the individual size and scope of each barn, trainers typically face many of the same stark realities as their peers, which is ultimately the great unifier in the profession.

“I claimed a horse off Brad last week, but I cheered for him like crazy in the Pegasus [World Cup with Knicks Go],” admitted Moquett. “We're competing but I know what he goes through so I'm on his side, regardless. You're going to have an opportunity to be around people that are going through the same exact thing as you are. Good times makes acquaintances. Going through the same hard times makes friends. We've all been fired. we've all been taken advantage of. We've all been disrespected. We have that in common. The competitive, freaky side of us can always be put off for a little bit of time to appreciate that we all went through this together.”

To watch the complete podcast, click here and for the audio only version of 'Let's Talk,' click here.