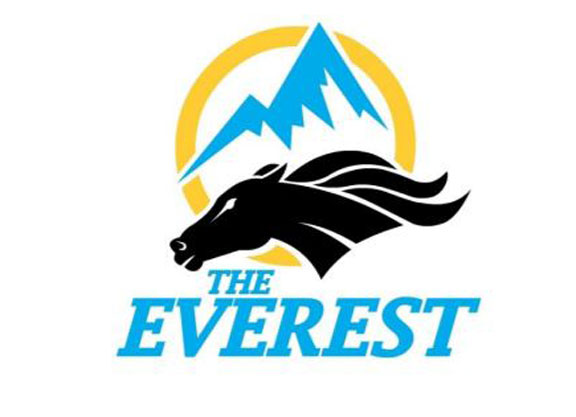 Royal Randwick racecourse in Sydney, Australia will host the world’s richest 1200-metre race and richest turf race on Oct. 14 with the inaugural running of the A$10-million The Everest. An initiative of Racing NSW and the Australian Turf Club, The Everest–which will be a weight-for-age race for 3-year-olds and up–will also be the richest race in Australia, dwarfing the A$6.2-million G1 Melbourne Cup. The Everest follows in the mould of The Stronach Group’s GI Pegasus World Cup, in that the 12 starting spots are available to purchase, for A$600,000. The purse will be fully funded by the entry fee as well as additional revenues generated from the event such as wagering, sponsor and broadcast revenues as well as other raceday revenues, and all profits will be distributed among the slot holders.

KR: The Everest is very much in the mould of the Pegasus World Cup. Was that the inspiration for the race?

PV: Absolutely. We thought the Pegasus was a great concept and we take our hats off to The Stronach Group for being pioneers and innovators. What we liked about it more than anything else was the marketing potential for Thoroughbred racing to a broader audience. I think The Stronach Group has achieved that because they got enormous coverage for racing in America that they would not normally get. Every effort they’ve put in will be rewarded, because it’ll have ongoing benefits to the branding of Thoroughbred racing in America.

We picked it up in a similar vein. We wanted a vehicle to promote Thoroughbred racing in New South Wales. We used the concept, and once we announced it we had racing on the front page of newspapers, and the lead story on free-to-air TV networks, so it achieved exactly what we were trying to do: promote racing to a bigger audience and take up some media space.

Ours is slightly different to the Pegasus–we’ve tailored it for us. We’re putting the money in which is the shortfall, that’s guaranteed. The holders put in A$7.2-million and we put in A$2.8-million, which is what we generate from sponsorships, wagering and other revenues, and any incremental revenue we get we will put into the race. In actual fact it’s only costing the slot holder A$425,000, because they’re guaranteed to get A$175,000 for running last.

The only difference with the way we’ve done it is that people have to commit themselves for three years. We want to make sure we’ve got the race, once we build the brand, and we’ve got the charisma of the race and the concept.

We believe one of the great aspects of it is that it has so many stories that can go with it. Let’s say I’ve got a great horse but I don’t have a slot; I’m going to negotiate with someone, or even I’m just an investor that’s never had a horse that goes into Japan and gets Japan to come to Australia at that time, and they share the prizemoney with those people. They’re the sort of stories you want to generate out to the media, and that’s why we love the concept. The first box has been ticked, it’s got enormous media coverage here in Australia, so now we’ve just got to get the 12 slot holders and go from there.

KR: What did you learn, both positive and negative, from the first running of the Pegasus that you think can help make your event a success?

PV: We love the concept about the slot holders. The negative was that they came across two champion horses in California Chrome and Arrogate, but that’s going to happen. That’s why we decided to make it 1200 metres for us here; there’s a massive pool of sprinters. We wanted to get a distance that wasn’t going to be dominated [by a couple of horses], so I guess the little weakness in the Pegasus–although there is no weakness because it’s a fantastic concept–was the fact that they were unlucky that there were two very good horses.

On the positive, they marketed it brilliantly. They got racing back in the media. I just think they’ve done a wonderful job, I take my hat off to them. This is what American racing needed. It was on a massive decline, to be realistic. It started with American Pharoah that generated enormous publicity, and The Stronach Group, which is very innovative, have taken advantage of that fanfare that was generated by American Pharoah with this concept.

KR: While the Pegasus was placed in a spot on the calendar that wouldn’t conflict with other major race meetings, The Everest has been placed in the heart of the spring racing season, and namely on Caulfield Guineas day. Why was this date chosen?

PV: One of our main objectives was to promote the sport to a broader audience. In order to do that you need to get as much media attention as possible. That period of time there is no competition. Our rugby league, which is one of the main sports, and the AFL have finished their seasons. It’d be like the basketball and the gridiron finishing their seasons in America, and there’s a lapse where you’ve got the chance to promote. That day there is no other major events on, and it was the best day to get that promotion.

We believe it’ll compliment the Victorian spring carnival because of the 1200 metre distance we’ve put it as. Two weeks later there’s a race at Moonee Valley for A$1-million [G1 Manikato S.], and there’s a race at Flemington for a further A$1-million [G1 Darley Classic] two weeks later. If a horse did come from overseas, not only can it run in the A$10-million Everest, but it can also run in the Manikato and then in the Darley. So it could assist the Victorian Spring Carnival in getting international sprinters. Yes, it clashes with the Guineas, but that was the date we had to place it on to get the maximum media exposure.

In the future we’re going to possibly look at running it on a Friday night under lights at Randwick. It’s not always going to stay where it is, we just needed to find a day where we could get some publicity and that was the day we selected. That’s one of the reasons we also selected the distance, because it does compliment the racing calendar.

KR: And I understand it took some time for you to decide on that distance for the race?

PV: We looked at all the distances. We’d been working on it for four or five months to get it right. We did market analysis, we consulted people, and it was very unusual for us over here that it didn’t leak out to the media. It was the best kept secret in racing. Yesterday it was on the front page: racing bombshell. It has a charisma all its own, this race, and that’s why we called it The Everest: the peak, and it’s got so many marketing components, it’s great.

KR: Whereas the Pegasus was placed to allow colts to get to studs in time for the breeding season, the placement of The Everest makes it so colts wouldn’t be able to retire to stud and cover a full book. Was this taken into consideration, and do you think this could be a positive for racing’s image by keeping star colts in training longer?

PV: It’s a positive for us because one major investor has come out and said they may keep their horses going for another 12 months rather than taking them to stud, which for us as the racing industry is great, to have those great horses still racing is a benefit.

KR: The Everest won’t be a black-type race in its first year. What is the process for receiving black-type in Australia, and subsequently reaching Group 1 level?

PV: We’ve haven’t made an application for it at this point. We wanted to get the concept up and going and then look at group and listed [status]. To the general public it doesn’t matter if it’s a Group 1; for the purists and the trainers and the stud books, etc, it does, but for us we’re using this for marketing. The normal person wouldn’t really know what a Group 1 or a maiden is. So we decided we’ll establish it, and then we’ll look at making it a Group 1 race in the future.

KR: And you’ll consider selling more than 12 slots if the interest is there?

PV: Correct. And what we’d do is put it back into the prizemoney. So if we were to sell two more slots it would become A$-11.2 million. And naturally we’d do that in agreement with the other slot holders, because we wouldn’t want someone thinking it’s 12 and then it goes to 14. We always want to be transparent.

KR: How much interest have you had from potential investors thus far, and did you float the idea past industry stakeholders before announcing it to test its viability?

PV: We’ve had a number of people seeking to be included in the expressions of interest, which is great. We haven’t even gone out on the road yet. It’s a very positive response. We analysed it with a couple of major players and they were extremely positive and thought we could sell the 12 slots quite easily. We did the market analysis and consulted in people we could trust that it wouldn’t leak out and they kept our confidence, including some of our leading trainers, owners and others.

KR: Australian sprinters have always been expected to travel overseas to prove their mettle. Do you think we could see the reverse here, where the best sprinters from other nations come to Australia for the world’s richest sprint race?

KR: You said in your comments announcing The Everest that it would help promote racing to a wider audience. Are there marketing plans already in place to reach mainstream audiences?

PV: We’ve put a budget aside naturally for The Everest, and we will promote it in a big way. The beauty of the race and the concept is that it will generate its own publicity. We’re big into the social media and we’re investing a lot in our social media. For example LinkedIn, which is all the professional people, we’re going to market very hard through there. They’re the ones that have the higher disposable income and they’re the sort of customers that we’re looking to get into racing.

KR: You touched on it a little bit already but the race name, The Everest–how did you land on that?

PV: What’s the peak? We looked at The Pinnacle, we looked at a couple other things, and we said what’s the highest peak? The highest peak is The Everest–you’ve got to climb The Everest to get there. There’s a saying in Australia, if something’s too hard, you say it’s like climbing Everest. The peak of racing is going to be The Everest.