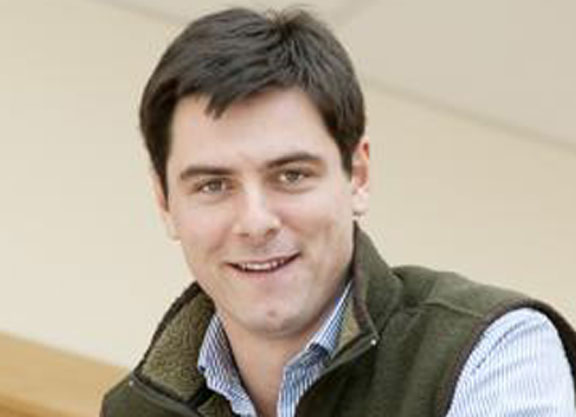 China Horse Club has been making plenty of headlines in the bloodstock realm in Europe in recent months. After buying two shares in rising French sire Siyouni (Fr) on Arqana Online earlier this year, the Club struck on the same platform for a share in another leading French sire, Le Havre (Ire), in late November. Around the same time it was revealed China Horse Club had bought shares in new Ballylinch sire New Bay (GB) (Dubawi {Ire}), and the organisation was subsequently busy at the breeding stock sales buying mares to support the G1 Prix du Jockey Club winner. Bloodstock agent Mick Flanagan, a key member of the China Horse Club team, took a few minutes to talk with TDN International Editor Kelsey Riley about these developments.

KR: China Horse Club has been busy this year buying up stallion shares in Europe and also buying mares to support the stallions. Can you talk about the reasons for the increase in activity in this area?

MF: It's a way for the members behind China Horse Club to get involved in the stallion business. I guess the only natural thing to do after Mr. Teo's involvement in Australia–who won the Epsom Derby and is now standing down in Tipperary–was to get involved in a few more. Those opportunities popped up with the shares that were sold in Siyouni and the one share that sold in Le Havre in the online auctions. They were two stallions that are young, have been managed by good outfits and are certainly producing plenty of results on the racetrack. While those shares were available we thought we'd get involved in them.

The deal with New Bay came to us through [Ballylinch Stud manager] John O'Connor. We had sat down with him a couple times over the last few months and it was more sort of sitting down and getting to know each other, but we'd always left those conversations saying, 'if anything ever pops up let us know, we'd love to partner with you.' We were only too delighted to do it on a Group 1-winning son of Dubawi with a pedigree like his own and a physique like his own. He's very exciting. He's very, very popular–there aren't enough nominations to go around, really. He's going to get a huge chance. We've certainly bought a nice bunch of mares to support him, as has [Ballylinch owner] John Malone. The outside breeders that are going to breed to him are all the better breeders in Europe, so he's going to get a great chance.

KR: Will China Horse Club's involvement in this area continue to grow?

MF: As those opportunities arise we'll look at them and if they feel right we'll get involved. The difference between Europe and America is Europe is just a little more closed. There are fewer syndicated horses at stud, and that can be a little frustrating. I wish–and maybe it'll get to this stage at some point–that there were more syndicated horses like there are in America. In America, there are people buying and selling shares on a daily basis, whereas in Europe it's kind of like a closed shop because most of the stallion masters own the stallions themselves. We just have to see what comes through over the next few years, but it's definitely an area we want to focus on. If you get the stallion shares you spill over and get the broodmares to support those stallion shares, then you get stock that you either want to trade commercially or race. We'll make a decision on that end of things further down the line.

KR: How many mares does China Horse Club now have in Europe?

MF: The list as of today is at 36, and that's made up of mares that were originally bought to support Australia when he retired to stud. It's also made up of a couple of well-bred fillies that have been retired off the track and the rest is made up of the latest additions, the mares we bought this year. It's at about 36, and a number of those mares we'll probably offer to the public market. We'll probably offer some of them next year and purchase a few more. We'll keep cycling them around, selling and buying on a continuous basis. We're going to try to keep the quality of mare as high as we can.

Racehorses are up to about 20. It's not that big to be honest. Out of the three jurisdictions that China Horse Club concentrates on–Australia, North America and Europe–it's probably the smallest. Down in Australia there's close to 80 in training and close to the same number in America, and it's quite a bit smaller in Europe. That's something we're going to continue working on. Whether the numbers get much bigger than that I'm not sure. It's easier to do it in Australia and America when you're running first time out for a minimum $50,000; it makes it a little easier. Nonetheless we still have a racing arm in Europe and it's very important to have a presence on the racetracks in Europe. We'll be selling out of it and adding to it as the years go on.

This story was posted in Europe, Q&A, Shared News.