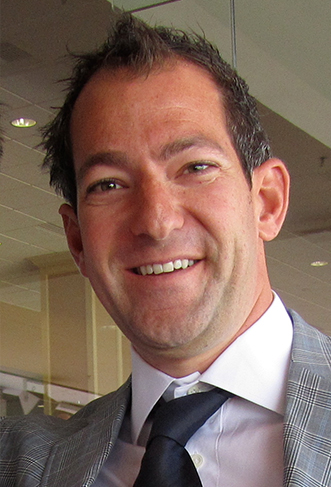 Since Hollywood Park closed at the end of 2013, all of California racing has suffered. Attendance and handle have declined despite two historic crops of 3-year-olds and a good amount of world-class racing. In 2014, Derby and Preakness winner California Chrome, champion Shared Belief, and Breeders Cup Classic winner Bayern made enormous impacts on the national racing scene. This year, we had the long awaited Triple Crown winner and California based American Pharoah, plus Kentucky Derby 2nd and 3rd place finishers Firing Line and Dortmund. Throughout this time we have enjoyed the media darling mare Beholder, whose performance in the Pacific Classic was one for the ages. California's horses produced headline-grabbing news at a national and international level, but our numbers actually declined. Something must change.

In April of 2013, I wrote a letter outlining my concern for racing's future in California from the perspective of a racing stable that has long been committed to being here. These last three years have done nothing but strengthen my opinion that for the good of the industry in the state and the betting public that supports our purse structure, California racing must be one circuit. My letter advocated a schedule where Golden Gate would occupy Hollywood Park's former dates, with Del Mar and the NoCal fair circuits racing concurrently in the summer to form a “super circuit” similar to what we see thrive on the East Coast today. Golden Gate and Santa Anita would remain open all year for training. That plan would still work, or could be amended whereby Santa Anita races three weeks and Golden Gate one week each month, with both closing when Del Mar and the NoCal fairs run in the summer.

Instead of working together, the Northern and Southern California circuits compete for horses and horseplayers. There are many problems. Los Alamitos hasn't caught on, and the fall meet at Del Mar doesn't compare to their summer meet. Santa Anita's turf course has suffered with an unrelenting December-June schedule. Turf horses get stacked up at the start of Del Mar and Santa Anita due to no grass racing at Los Alamitos. Golden Gate operates with a never-ending cycle of poor horses, purses, and handle. Takeout was increased and there are small fields, which is a deadly combination. While overall handle and purses have declined, the restricted California Bred program has maintained its purse levels. Fewer national stables race in California today due to lack of opportunity. Santa Anita and Los Alamitos typically race four days per week, with eight races per day. Twenty-five percent of these races are restricted to Cal-Breds. California may be the richest state in the country, but their racing is headed toward regional status. Glen Hill Farm will not be able race in California much longer if this trend continues.

With a combined circuit, there are enough horses to race five days per week, with 9-10 races per day. This move would be made with the idea of bringing national racing stables back and restoring California as the premier racing circuit in North America. California races in areas with enormous wealth and industry. Del Mar and Santa Anita are world-class racetracks, and Golden Gate can be as well. Detractors to this plan three years ago pointed to the current system providing full time jobs; they complained about increased travel; and that the Northern California's handle doesn't warrant such a risk. I understand the jobs, but people are naïve to expect long-term employment in a declining industry. Nearly every horseman deals with constant travel outside of California. As for handle, I believe the wealth and population centered in the Bay Area would bet huge dollars if Southern California's trainers, jockeys, and horses raced there. An aggressive marketing effort must be directed at the new entrepreneurs in the area who have demonstrated that they have enormous disposable income looking for a home as evidenced by their investment in professional sports teams and other sporting endeavors.

The handle of a combined circuit will certainly be greater than today's mess. Hong Kong produces greater handle than the entire United States with fewer than 90 days of racing. They bet on quality racing there with fields full of good horses, which is what a combined Northern and Southern California circuit would create. A bold move like this must be done before there isn't an industry to save in California.

Craig Bernick has been President and Chief Operating Officer of Glen Hill Farm since 2008. The farm has approximately 35 broodmares in Ocala, FL and 30 horses in training in Southern California, Florida, and the Mid-Atlantic. Glen Hill Farm raced such horses as Relaunch, Convenience and One Dreamer and, more recently, Banned, Marketing Mix, Pontchatrain, Diversy Harbor, and Chiropractor. He is a member of the TOBA Executive Committee, and a board member of Breeders Cup and the Thoroughbred Aftercare Alliance. He is an officer of the Lavin Family Foundation which supports education, after-school, and health programs in Chicago and around the country. A graduate of Tulane University, Bernick was an executive at Alberto-Culver Company before entering the horse business.