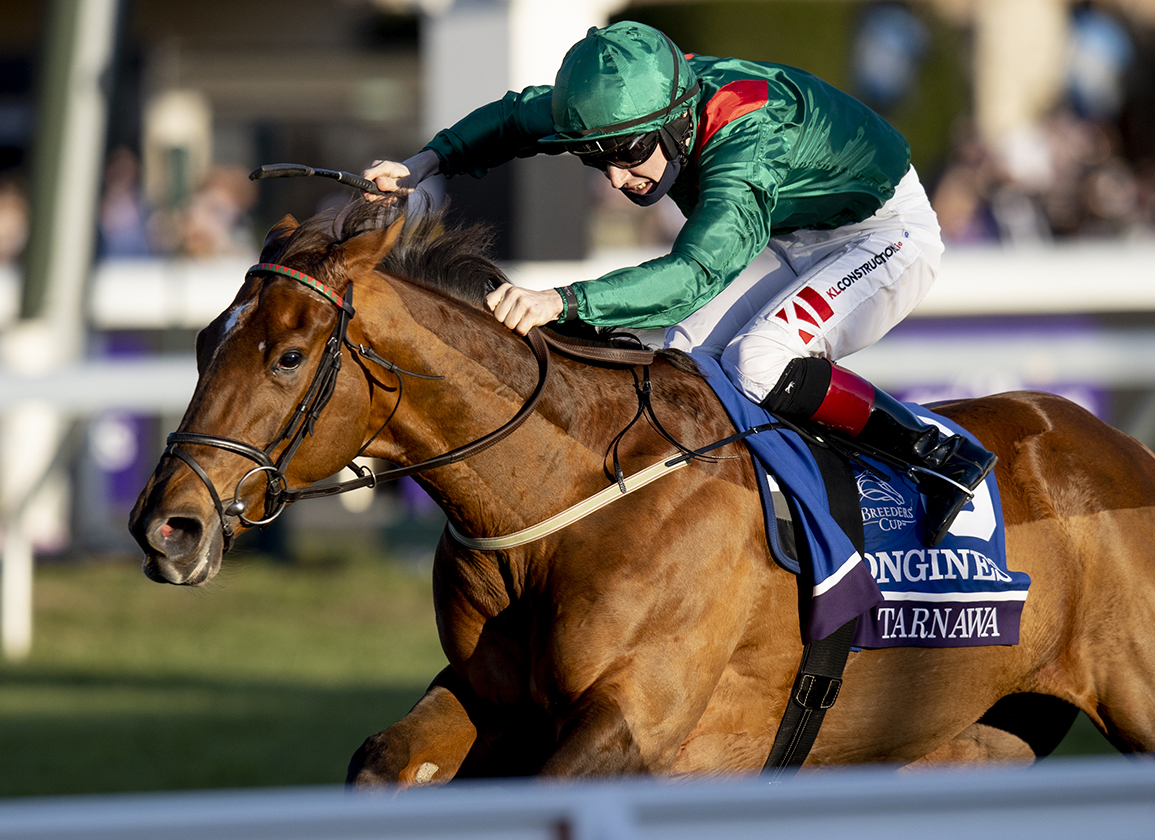 Three-time Group 1 winner Tarnawa (Ire) (Shamardal), who won the G3 Ballyroan S. at Leopardstown on Aug. 5, will make her next start in the Sept. 11 G1 Irish Champion S.

The winner of last year's G1 Prix Vermeille, G1 Prix de l'Opera and the GI Breeders' Cup Turf, the chestnut has been in good order since her Ballyroan appearance. After the Irish Champion, the G1 Qatar Prix de l'Arc de Triomphe at ParisLongchamp on Oct. 3 is His Highness The Aga Khan homebred's long-term goal.

He added, “The standard of the top horses is exceptional and the ratings prove that. It's going to be an exciting race [the Irish Champion], as will the Arc, and hopefully Tarnawa can continue to progress.”