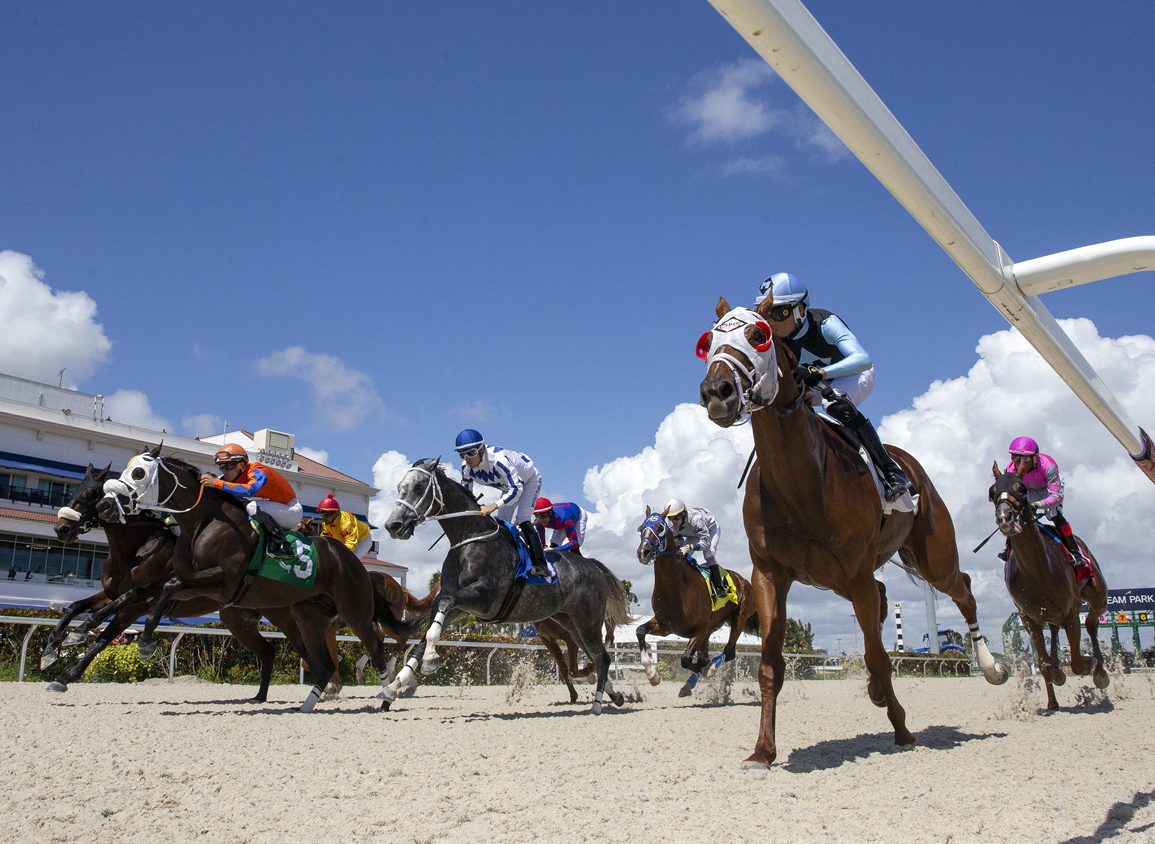 A new era began Thursday at Gulfstream when the 4-year-old claimer Emoji Guy (Khozan) won the opening race on the card, the first to be run over the newly installed Tapeta track. It was the first of four races on the day run on the synthetic surface.

As is the case with all of the synthetic races, the first was largely uneventful. Trained by Kathleen O'Connell and ridden by Edwin Gonzalez, Emoji Guy was fifth early before launching a bid nearing the turn. He made the lead in mid-stretch and was comfortably in front from there, winning by 1 3/4 lengths.

“He was good and comfortable. The horse really liked it,” said Gonzalez. “You have to ride it like the turf. I wanted to make one move and I was pretty happy where he was. It's good. I have to tell you, they did a really good job. Right now, it's good, and when the tractors start working it more, it's going to be better.”

That didn't bother trainer Saffie Joseph, Jr., whose Strategy Queen (Fed Biz) won the fifth, a $60,000 maiden special weight race on the Tapeta. The filly was ridden by Cristian Torres.

“We put a horse on it we thought would like it,” Joseph said. “Cristian said, at first, she was a little green, but there was no kick-back and she was able to maintain her position. One of the things about Tapeta is you don't get dirt in your face. I think that's why some turf horses run on it better than they do on dirt.”

Among the horses who started in the Tapeta races, not one had a prior start on a synthetic surface. But that didn't give handicappers any problems. Three of the four winners were the favorite and the fourth, Strategy Queen, paid just $11. The other winners paid $5.60, $5.40 and $4.40.

Nor was there any apparent bias. Two of the races were won wire to wire, a third winner stalked the pace and Emoji Guy was a winning closer.

O'Connell said she wasn't surprised that Emoji Guy won since he is a horse who seems to handle any surface he runs over. But she still doesn't know what to expect from other horses in her barn.

“It's an experiment and we're all going to have to learn as we go along,” she said. “The horse I ran today is what I would call an 'all-terrain' horse. He can handle any surface, so I was happy he was my first horse on Tapeta here. A lot of turf horses like the Tapeta, but not all of them do. I left Colonial one year and I took eight over to Presque Isle and four of them liked the surface and did well and four of them you couldn't find with a search warrant. It's an individual type of thing. But as long as it is safe for the horses I am all for it. That it's safe, that's all that I want.”

“It's a different kind of Tapeta here, which you can tell by the color,” she said. “The Tapeta at Presque Isle is very different. It's the consistency. Supposedly, this was made for the climate here.”