Taking Stock at the Yearling Sales 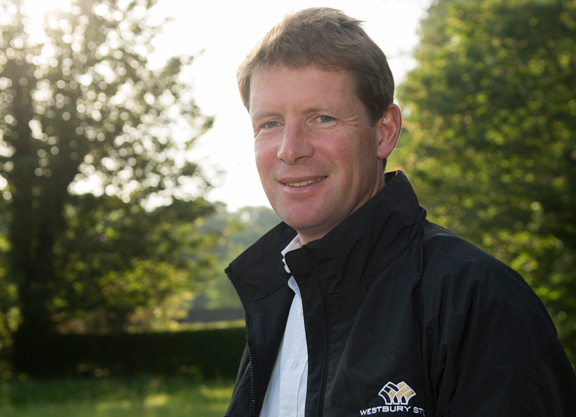 With the yearling sales barely behind us and the horses-in-training sales also in the rear view mirror, the catalogues for the foal and breeding stock sales have landed on desks. When they had a moment to catch their breath, six bloodstock agents took stock of the past couple of months and revealed their thoughts to the TDN below.

TDN: What was your favourite yearling that you purchased this year?

Aidan O'Ryan: I loved an Acclamation colt (lot 329) I bought at Tattersalls Ireland for Richard Fahey that cost €60,000 from Egmont Stud. He is a proper 2-year-old type in that he's strong, racy and seems early. He looks a very typical of Acclamation and I hope he's very lucky for a very good owner of Richard's in Phil Smith.

Alex Elliott: Lot 150 at the Arqana August Sale; a Kingman (GB) colt out of Putyball (Silver Deputy) which I bought for €220,000. There have been some outstanding Kingman yearlings sold this year and I'd like to think that this horse was up there with the best of them. He goes into training with Michael Bell and is owned by Amo Racing Ltd.

Amanda Skiffington: I bought two lovely Kingman (GB) colts at Deauville (lot 89 & lot 129) in August for Fiona Carmichael and it's difficult to choose between them. One that cost considerably less was an Australia (GB) colt (lot 143) I bought at Tattersalls Ireland for €65,000. He was bought for a syndicate who I previously bought Curiosity (Ire) (High Chaparral {Ire}) for and will go into training with Tom Clover.

Barry Lynch: I was delighted with all the purchases that I made this year, but two horses stood out. An Australia colt out of Navajo Moon (lot 395), a listed winner by Danehill, which I bought from Kildaragh Stud at Goffs for the Middleham Park Syndicate and a Dansili colt out of Queen of Ice (lot 522), a listed winner by Selkirk, that was bought at Book 1 from Cheveley Park Stud. Both are by proven stallions out of good racemares, and will be trained by Sir Mark Prescott, which will give them a great chance of success.

David Redvers: The Galileo (Ire) filly out of Terror (lot 75) from Tattersalls Book 1. She was just too gorgeous for words. We also bought a smashing Air Force Blue colt (lot 937) who is a half brother to G3 Cornwallis S. winner Sergei Prokofiev (Scat Daddy) from Keeneland–he looks very fast indeed.

Ed Sackville: A Frankel (GB) filly (lot 414) I bought at Book 1 for 350,000 guineas. I rarely have that kind of money to spend and, to me, she was as nice a horse as I've ever bought. At the moment all the hype is on Kingman and I think people forget what an outstanding sire Frankel actually is.

TDN: What was the yearling that got away–purchased by someone else, that you thought was well-bought?

AOR: The one that myself, Robin and Richard would have really loved to buy was an Iffraaj (GB) colt (lot 867) from Tattersalls Book 2, again from Egmont Stud, who made 115,000gns. We all thought he was the closest thing to Ribchester (Ire) that we had seen since we saw him as a yearling at Goffs. A very good athlete that vetted well, he was just a lovely horse, but unfortunately Anthony Stroud and Godolphin obviously thought the same, so we came out second best.

AE: Lot 14 at the Goffs Orby Sale–a Free Eagle (Ire) colt out of Set Fire (Ire) who sold for €90,000 to Hugo Merry Bloodstock. I found myself a frustrated underbidder on this colt offered by the Irish National Stud. He goes into training with Andrew Balding and I think you'll be hearing a lot about him in the future.

AS: I was underbidder on a beautiful Harzand (Ire) filly (lot 381) at Tattersalls Ireland. I was furious I didn't get her as I couldn't get hold of my client and had to let her go. She wasn't a 2-year-old type but could be very nice in time. Another one, more expensive this time, was the Lope De Vega (Ire) colt out of Queen Of Carthage (lot 442) at Goffs. I went to €140,000 and he made €175,000. He was very athletic with a lot of quality; I would have loved to have bought him.

BL: Lot 874 at Book 2 was a fast-looking Acclamation (GB) filly from the family of Sioux Nation (Scat Daddy) and Catch the Blues (Ire) (Bluebird). She was bred by Rathbarry Stud out of a good black-type Holy Roman Emperor (Ire) mare and made 115,000gns. Considering she was by a proven stallion and out of a black-type mare that won five races from the ages of two to five, with a rating of 98, she has a good chance to be a good one. She was bought by Anthony Stroud.

DR: I try not to worry about those too much or I'd go mad with green-eyed envy.  That said, Flash Conroy pulled off a sensational pinhook when turning a €55,000 Lawman (Fr) filly into 525,000gns at Tattersalls Book 1 (lot 390).  Out of the well-named Lady Gorgeous (GB), she caught Joseph O'Brien's eye. Time will tell if she was well-bought the second time around but she was a stunner.

ES: I thought the New Bay (GB) colt out of Amarillo Starlight (Ire) (Dalakhani {Ire}) (lot 1413) was very well bought at 17,000gns by first season trainer Tom Ward at Book 3. Tom was assistant to Richard Hannon and I think he'll be a young trainer to follow.

TDN: What progeny of the new stallions impressed you?

AE: Territories (Ire) is getting fast-looking horses and being by Invincible Spirit (Ire), you'd have to think he has a shot. New Bay is going to be a slower burner but I'd give him every chance.

AS: Definitely Adaay (Ire). I bought four by him and bid on several more. I went to the sales unbiased on the first-crop sires and was struck by how attractive his yearlings were.

BL: I liked the progeny of Territories and Mehmas. They look to be fast, forward types. I was lucky enough to buy a Territories colt from Cooneen Stud at Goffs UK Premier Yearling Sale (lot 219). He was a solid colt that will be trained by Micheal Dods. Hopefully he will be lucky.

DR: Pride of Dubai (Aus), Kodi Bear (Ire), Shalaa (Ire), Twilight Son and Pearl Secret yearlings all looked speedy and hard to separate.  If I'm honest there wasn't a real standout for me, but all these produced stock that looked like they might run.

ES: I saw plenty of nice horses by Territories and I was also impressed with Shalaa's progeny. Both of them are sons of Invincible Spirit and so I'm sure will have a good chance of making it as stallions.