Taking Stock: A Weekend to Remember 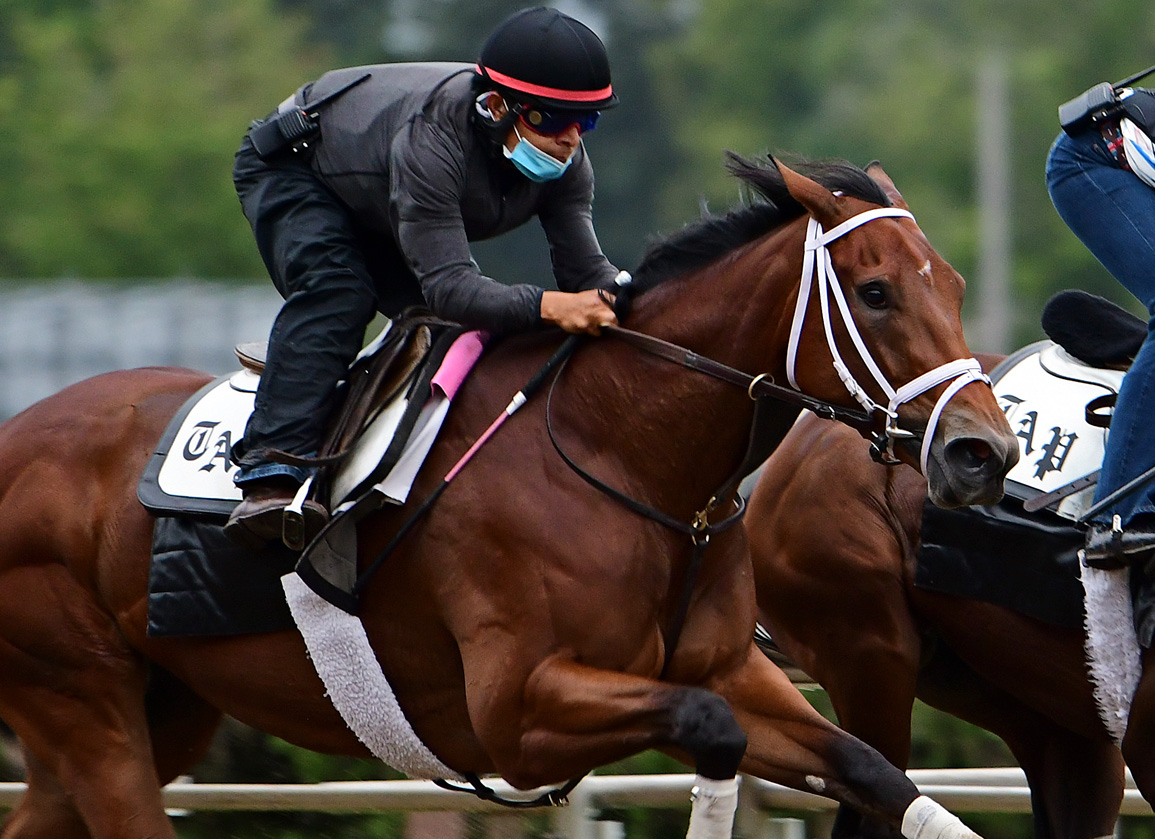 Everything that top-class racing should be was on display over the last weekend. The six Grade l races at Saratoga on Saturday featured most of the leading horses in each division except older dirt males, and as a group they didn't disappoint, did they? Nor did their trainers. One race after another was dramatically decided at or close to the wire, and some of the runners-ups, including the Steve Asmussen-trained Midnight Bourbon (Tiznow) in the Gl Runhappy Travers S. and the Todd Pletcher-conditioned Life is Good (Into Mischief) in the Gl H. Allen Jerkens, gained quite a bit of admiration in defeat.

Most of the winners made championship claims that will eventually be decided at the Breeders' Cup at Del Mar at year's end. Jackie's Warrior (Maclean's Music), a multiple Grade l winner at two last year and also trained by Asmussen, defeated Life is Good by a neck in the Jerkens and continues to show that he's one of the fastest and most consistent 3-year-old sprinters in North America, with a particular penchant for Saratoga. The colt is bred on the phenomenally successful Distorted Humor/A.P. Indy cross and covered seven furlongs in 1:21.39, which was faster than Gamine (Into Mischief)'s 1:21.61 in the Gl Ballerina and Yaupon (Uncle Mo)'s 1:21.74 in the Gl Forego. The Jerkens was Jackie's Warrior's fourth win from as many starts at the Spa, all in graded races, and he, along with fellow 3-year-old Grade l-winning sprinter Drain the Clock (Maclean's Music)–fourth in the Jerkens–is a terrific advertisement for his sire at Hill 'n' Dale.

Maclean's Music, a Stonestreet homebred son of Distorted Humor, was brilliantly fast in his lone start before an injury sent him to stud. He began his career for $6,500 and improbably burst on the scene with first-crop Gl Preakness S. winner Cloud Computing, who is also bred on the same cross as Jackie's Warrior. Cloud Computing stands at Spendthrift, which is where Jackie's Warrior is headed at the conclusion of his racing career.

Asmussen's barn is loaded with quality sprinters. He also trains 4-year-old Yaupon and the exciting but late-developing 3-year-old Stonestreet homebred Beau Liam (Liam's Map), who is now three-for-three after a six-length drubbing of older runners in an AOC at Saratoga on Sunday, running 6 1/2 furlongs in 1:15.05. Stonestreet, by the way, is also the breeder of Midnight Bourbon, and the outfit seems to come up with quality runners year after year at an incredibly prolific clip.

Yaupon had to survive a bitter stretch duel against Firenze Fire (Poseidon's Warrior) in the Forego to prevail by a head, after being repeatedly savaged by his opponent. Ironically, Firenze Fire had been on the receiving end of some savaging in the stretch of the Glll Gallant Bob S. at Parx three years ago, where he won by a neck. Perhaps that's how he picked up the extreme tactic when he felt he might not win, because he certainly wasn't around in 1997 to see a frustrated Mike Tyson bite off a part of Evander Holyfield's ear in a heavyweight fight.

Yaupon, who will also go to Spendthrift, is another high-quality sprinter for Coolmore America-based Uncle Mo after Golden Pal. Uncle Mo can get a wide variety of runners on dirt and turf, and his first-crop Gl Kentucky Derby winner Nyquist is one of three sons, along with Outwork and the late Laoban, to have a quick impact at stud, making Yaupon a desirable stallion prospect.

The Bob Baffert-trained Gamine, last year's champion female sprinter, continues to win, and she continues to fuel speculation on social media that she's not sound, because she drifts out in her races.

Degrees of soundness are relative matters, and anyone who's been around horses knows that most racehorses, like most human athletes, are always battling something or other day to day. Sound or not– and some greats, like Forego, were chronically unsound–Gamine has been outstanding throughout her career and is a winner of nine of 10 starts. Her brilliant displays of front-running speed and class are what makes her Spendthrift-based superstar sire Into Mischief the most sought-after stallion in the business.

Speaking of speed, how about Letruska (Super Saver), the best older mare in training? She set a sizzling early pace and then found another gear late to win the Gl Personal Ensign. She looked like she was going to get swallowed by the closers after the others that had pressed her early wilted in the stretch, but she showed that will to win that makes champions. And she's made of hickory, too–no soundness issues here. Plus, she never ducks a race, and her trainer, Fausto Gutierrez, has been one of the pleasant revelations of the season. He can train horses with the best of them.

The same can be said of Brad Cox. He trains Essential Quality (Tapit), who does only what he has to do to win, over and over again. His workmanlike style might not be glamorous, but his resume showing eight wins from nine starts sure is, and he's now added the Travers to his Gl Belmont S. And remember, he's already a champion, having won an Eclipse Award last year at two, and he appears well on his way to another championship this year.

On the west coast on Sunday, in the Listed Shared Belief S., Gl Kentucky Derby winner Medina Spirit (Protonico) reappeared for the first time since his third-place finish in the Preakness, and once again showed that he's as game as they come, leading throughout to deny some salty colts a chance to get him off the long layoff. Bob Baffert, his trainer, was all smiles afterward and looked like he'd won a race of the stature of the Derby. He was probably relieved that he'd thrown his colt into the deep end and succeeded, and in some way it was probably an “eff you” moment for him, something of a vindication for what he and the colt's connections have faced since it was discovered that Medina Spirit tested positive for betamethasone in the aftermath of the Louisville Classic. That's what it seemed like, anyway.

And it's worth noting that Medina Spirit finished ahead of Essential Quality in the Derby, setting up an anticipated match against that rival and the older horses in the Gl Breeders' Cup Classic.

Another part of racing

Unfortunately, the weekend also showcased a side of racing that is and always will be a part of the game: injuries and death. Whitmore (Pleasantly Perfect), the popular 8-year-old gelding and the reigning sprint champ, was hurt in the Forego after a fifth-place finish and vanned off. This warrior, who usually races in bar shoes to protect his feet, was apparently in good enough shape for the Forego that his trainer Ron Moquett had taken the special shoes off. Whitmore has since been retired and will be alright to pursue a second career.

Not so for America's Joy, the 3-year-old filly by American Pharoah from blue hen Leslie's Lady who'd cost Mandy Pope $8.2 million as a Keeneland September yearling two years ago. The half-sister to the aforementioned Into Mischief, champion Beholder, and Grade l winner Mendelssohn was the most expensive North American yearling of 2019–quite a contrast to the $1,000 that Medina Spirit made the same year at OBS.

Pope, who is particularly attached to her horses, took her time to get the filly to the races and had sent her to Todd Pletcher only a few months ago to put the finishing touches on her. America's Joy had had a string of workouts at Belmont and Saratoga and registered perhaps her best one on Sunday, going a half-mile in :47.80 from the gate. Pletcher has said that he was planning on entering her in a maiden race on Labor Day.

WTC bloodstock editor Frances J. Karon was trackside for the workout and captured the accompanying photo–perhaps the last taken of the filly–shortly before her fatal injury.

It's a poignant reminder for all of us that the highs of this great game can go south quickly.